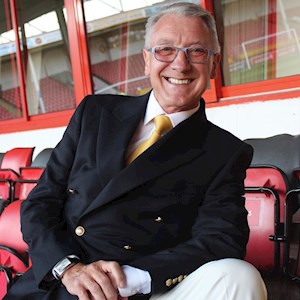 Richard joined the Board of Directors at Walsall Football Club in 1994.

Richard’s business acumen derives from a career spent within his family business Sign Specialists with whom he became a Director in 1991.

Established in 1947 by his father Sign Specialists deliver across a broad range of sectors throughout the UK and working with some of the country’s largest brands across the Automotive, Hotel & Leisure, Pubs & Restaurants and Retail sectors. As Managing Director, Richard has driven the business forward and, throughout his association with Walsall FC, has undertaken various sponsorship agreements including front of shirt and stand sponsorship here at the Banks’s Stadium.

Richard, who lives in Berkswell, also plays an active role in the club Community Programme where he has been a Trustee since 2001 and, as with the club, has sponsored numerous projects during this time.

Richard’s long-term partner is Thelma and he has a son, Luke, who after accompanying his dad home and away during his formative years has carved out a successful career as a professional football coach.