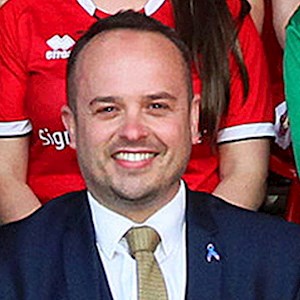 A qualified journalist and university graduate, Dan began working at Walsall Football Club in the summer of 2002.

An experienced administrator, he sits on the Executive Board with his key responsibilities being the management of all administration and logistics at the football club from the Academy to the first-team as well as overseeing the club’s communications and stadium and safety departments.

Dan was appointed to the Board of Directors in 2015. He is also Chairman of the Board of Trustees for the Club’s Community Programme, a position he has held since 2013.

As well as his role at Walsall, Dan is an Independent Judicial Panel Member for the Football Association - the FA’s senior panel which hears the full range of cases in connection with disciplinary and other regulatory matters of football played in England, including on-the-field misconduct, doping, safeguarding, and anti-discrimination.