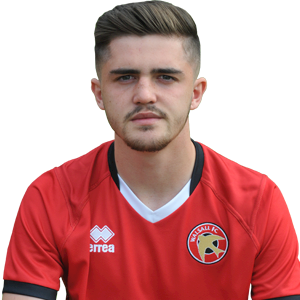 A tall competitive central midfielder who joined the Saddlers in October 2013 from grassroots football.

He made his Youth Team debut as a substitute against Wigan and was handed his first start against Shrewsbury in the final game of the 2016/17 season.