Walsall winger Brendan Kiernan netted his sixth goal of the season on Saturday and he was also pleased to provide George Miller with an assist.

The Saddlers signed off on the road with a 2-2 draw against Colchester United on Saturday.

Kiernan was happy to have contributed with a goal and assist but was frustrated the team were unable to build on a good first half showing in the second period.

“A good first half from us, the boys could have been better in the second half, I think,” he admitted.

“We were ahead and it would have been nice in the last away game to end with a win so a bit disappointed with the second half but a good first half from us.

“The ball rolled back from a corner and the guy got a bit tight to me, I came inside and hit it cleanly. I need to watch it back as I don’t really remember it, I just kind of hit it.

“George was around the back post, I got half a yard, George makes those runs in behind so I put it across the box and it went in the back of the net. That’s the main thing, it doesn’t matter how it went in so it was good for George to get his goal as well.

“There’s some good bits, reminders of some of the positive things we’ve done this season so something positive to hold on to.”

Saturday’s game also saw a debut for teenager Jack Shaw who made an appearance from the bench late on.

Head Coach Michael Flynn has been keeping tabs on his progress and was keen to give him an opportunity.

“I speak to the Welsh FA often and I know he’s got talent,” he said.

“He’s been in with us a few times now. We only had 16 players today, Rosey (Jack Rose) was out with covid so why not give him a chance? I’m all for bringing youth through as long as they’re good enough.”

The Saddlers now turn their attention to the final match of the season against Swindon Town at the Banks’s Stadium on Saturday.

Flynn is excited for the match which is expected to be played in front of a bumper crowd on Saturday. 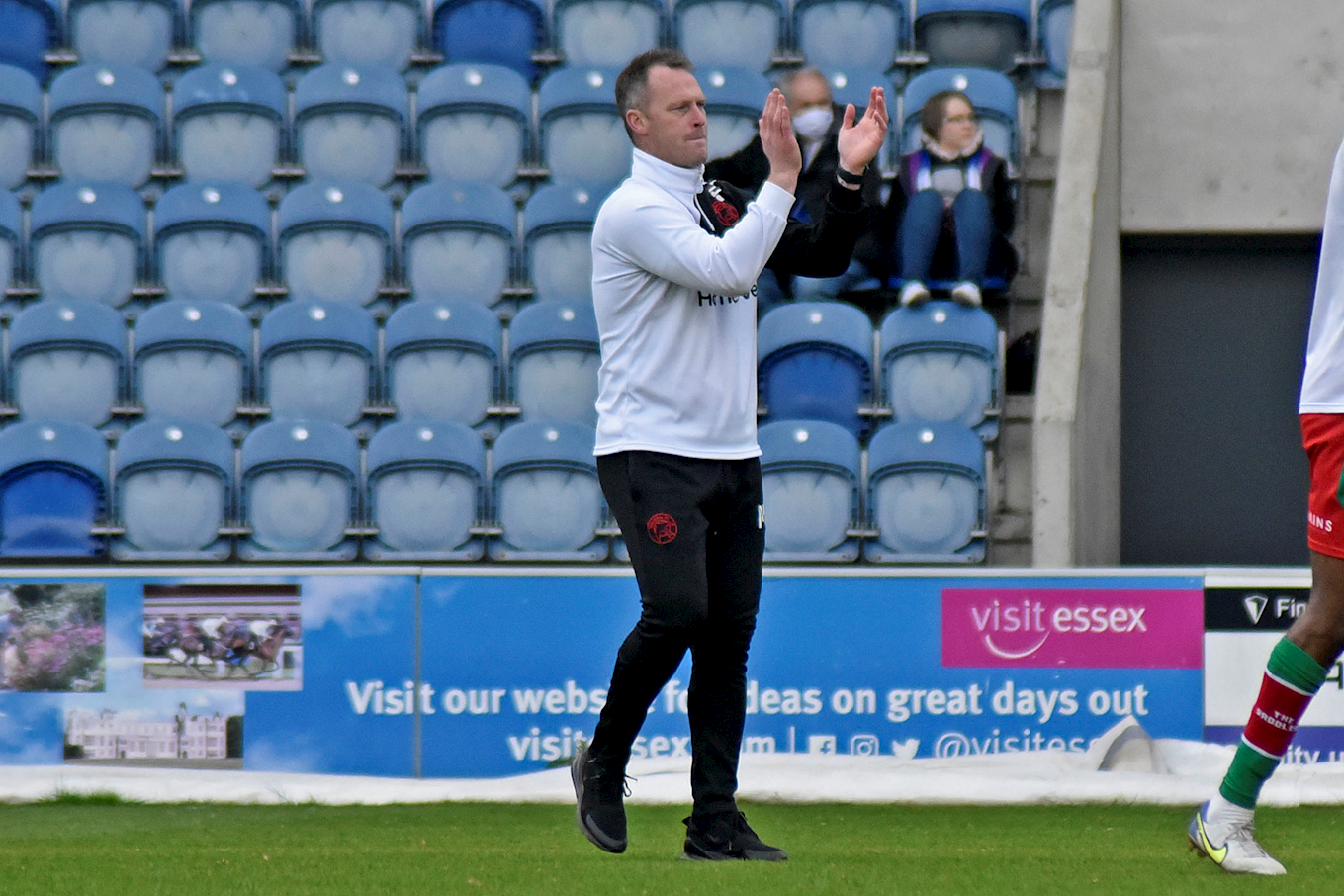 “It’s going to be a huge game,” he commented.

“Swindon have just got into the play-off positions so it’s going to be a tough game.

“They’re going to want to cement their place in there. It’s going to be a huge crowd and I love those games. I think it brings the best out of our players and I’m looking forward to it.”

We would like to remind fans that only supporters who have previous booking history with us can purchase tickets for this game.

Banks's Stadium to close on Thursday 19th May


We would like to advise supporters that the Banks's Stadium will be closed on Thursday 19th May.


​​Walsall Football Club has been awarded with Family Excellence Status for the 2021/22 season and joins a record number of 65 EFL Clubs in achieving the accolade. 12 Clubs have also been crowned...