Walsall Football Club are proud to be supporting #HerGameToo with a dedicated match to the campaign at this Saturday’s game against Sutton United.

The players will warm up in #HerGameToo t-shirts while there will also be a special feature and flyers in the matchday programme.

We will also be displaying pictures of female supporters on the scoreboard before the match to celebrate our female Saddlers fans!

The Saddlers partnered with #HerGameToo back in September in a bid to raise awareness and combat sexism in football.

Since we partnered with the campaign, posters have been displayed around the ground, while their logo has been proudly displayed on the scoreboard on matchdays.

We have also launched a text service (details below) to enable supporters to report incidents of sexism and all other forms of discrimination. 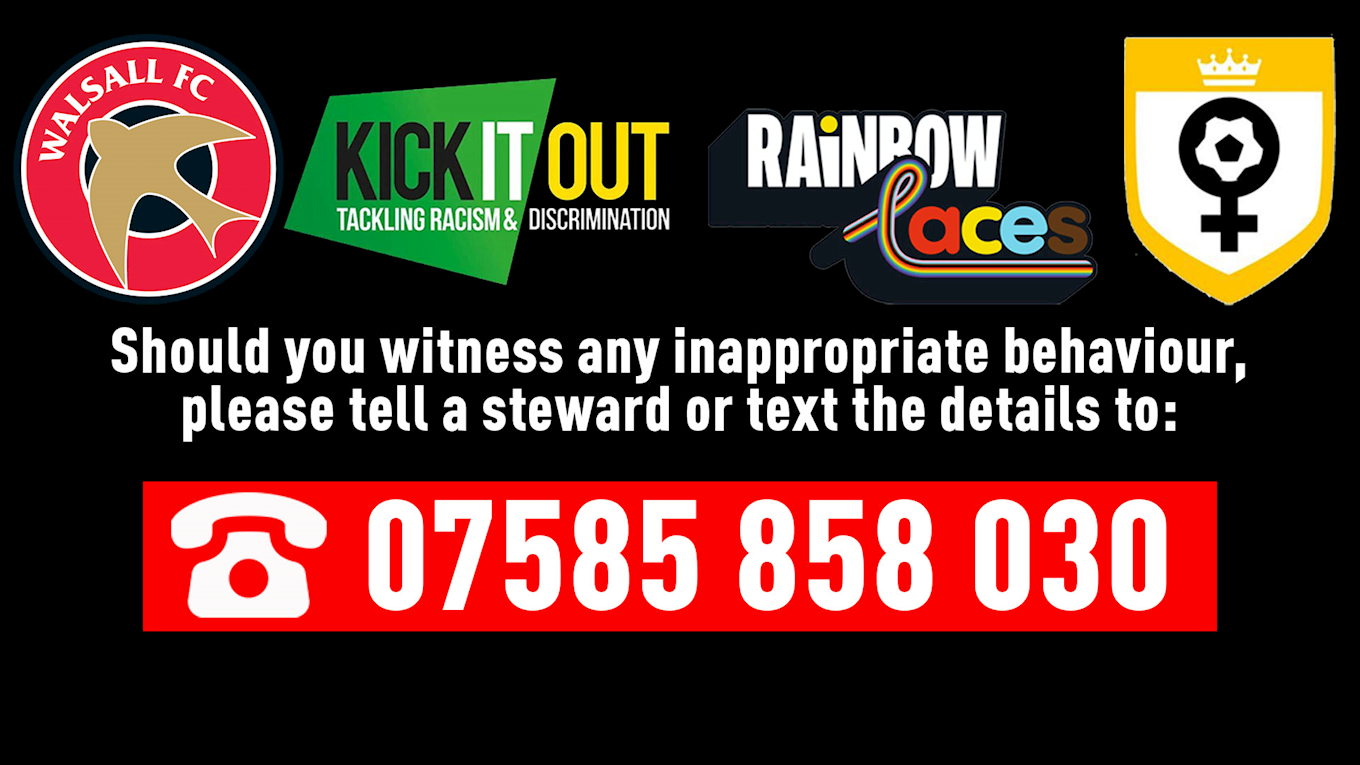 “It's been great working with the club on how we can raise awareness of sexism in the game - it means a lot that the club are making strides to actively show their support for what we are doing.

“We hope that women and girls local to the Walsall area will see the important messaging from the club and feel encouraged to attend future Walsall matches, knowing that the Banks's Stadium is a safe space for women.

“All of us at #HerGameToo would like to thank Walsall FC for the ongoing support."

Any female fans who wish to have their photo displayed on the scoreboard before the game, please email sam.hadwen@walsallfc.co.uk with a hi-res landscape image by 4pm on Friday 11th March.

To learn more about the campaign click here or email hergametoo@hotmail.com.