We take a closer look at tonight's opponents Oldham Athletic in our opposition guide.

John Sheridan returned to Boundary Park in January for his fourth spell in charge of the Latics.

After a spell as a player and two spells as caretaker manager, his first stint as manager at Oldham came in 2006.

The Latics qualified for the League One play-offs in 2007 and also finished eighth in 2008. His first spell came to an end in March 2009.

Sheridan joined Chesterfield in the summer of 2009. In 2011, he led them to the League Two title and promotion to League One. A year later, Chesterfield won the EFL Trophy with a 2-0 victory over Swindon Town.

The Spireites were relegated back to League Two and Sheridan left early in the 2012-13 season.

Spells at Plymouth Argyle and Newport County followed before he returned to Oldham for his second spell in January 2016 and steered them away from relegation trouble.

He left Oldham again to join Notts County in May 2016 but his time a Meadow Lane was short lived and he swiftly re-joined Oldham in January 2017. He once again changed their fortunes and ensured they avoided relegation to League Two.

He’s since managed Fleetwood Town, Carlisle United, had a second spell at Chesterfield, Waterford, Wigan Athletic and Swindon Town prior to his fourth stint in Greater Manchester.

Attacking midfielder Davis Keillor-Dunn is Oldham’s top goalscorer this season with 13 goals in all competitions.

He has been Oldham’s standout player this season and was crowned the Sky Bet League Two Player of the Month for February after bagging five goals during the month. 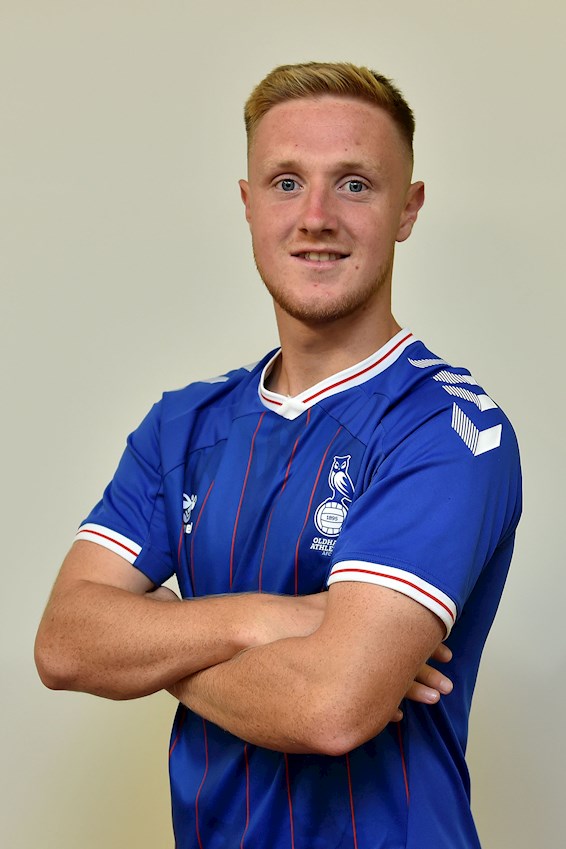 Since moving to Boundary Park in 2020, he’s netted 24 goals in all competitions. One of those came at the Banks’s Stadium in a 1-1 draw last season.

Carl Piergianni is a commanding figure in the Oldham defence.

He’s played 97 times for the Latics since joining in January 2020.

His leadership qualities earned him the captain’s armband and he’s a mainstay in the team.

Oldham have been battling relegation all season but Sheridan’s appointment sparked a seven match unbeaten run.

They’ve had a couple of setbacks though and lost their last two against Carlisle United and Swindon Town.

Away victories are few and far between, having won just three times on their travels in the league all season (just one away win in their last 13).

Despite that record, they’ve picked up one more point on the road – 16, compared to 15 at Boundary Park so far this season.

The Saddlers ran out 3-1 winners in the reverse fixture at Boundary Park back in October with goals from Jack Earing, George Miller and Emmanuel Osadebe.