Michael Flynn’s side will be looking to stretch their unbeaten run to five matches when they take on Oldham Athletic at the Banks’s Stadium this evening.

It’s just one defeat in seven for the Saddlers who are set to face an Oldham side fighting to preserve their EFL status.

Wilkinson is expecting the Latics to come out all guns blazing.

“They lost 1-0 (on Saturday) so they’re going to come out and fight for their lives again, which we expect anyway, so hopefully we can stick together, get the three points and keep looking up the table,” he said.

“We had a blip at Swindon away but we dusted ourselves down and won again.

"What we’ve been doing on the training pitch has been working.

“We’re four unbeaten, we’re looking forward to Tuesday now, and hopefully we can go and get another three points and set our season in the right direction.”

Wilkinson netted his eighth goal of the season on Saturday with a well-struck penalty.

He felt confident when stepping up to take the spot kick and revealed he has been working hard on penalties.

“I’ve been working with Maik recently since the last penalty at Tranmere,” he explained.

“We’ve been speaking and he tells me where’s best to go and where ‘keepers are going to dive and luckily enough it paid off.

“Labs (Joss Labadie) has played a decent ball over the top and I always felt like I had the beating of the full-backs and centre-halves.

“I got in behind and I was going to pull the trigger initially but I felt the contact and rightly so, I thought it was a penalty. I gave the ‘keeper the eyes and put it down the middle.”

Flynn is also keen to see the Saddlers continue to build momentum and try to finish the season with a flourish.

He’s also anticipating another difficult game against an Oldham side he expects to be well organised.

“He’ll get them going and keep them going. I know they’ve lost their last two but he will have them organised and all knowing their roles and responsibilities. 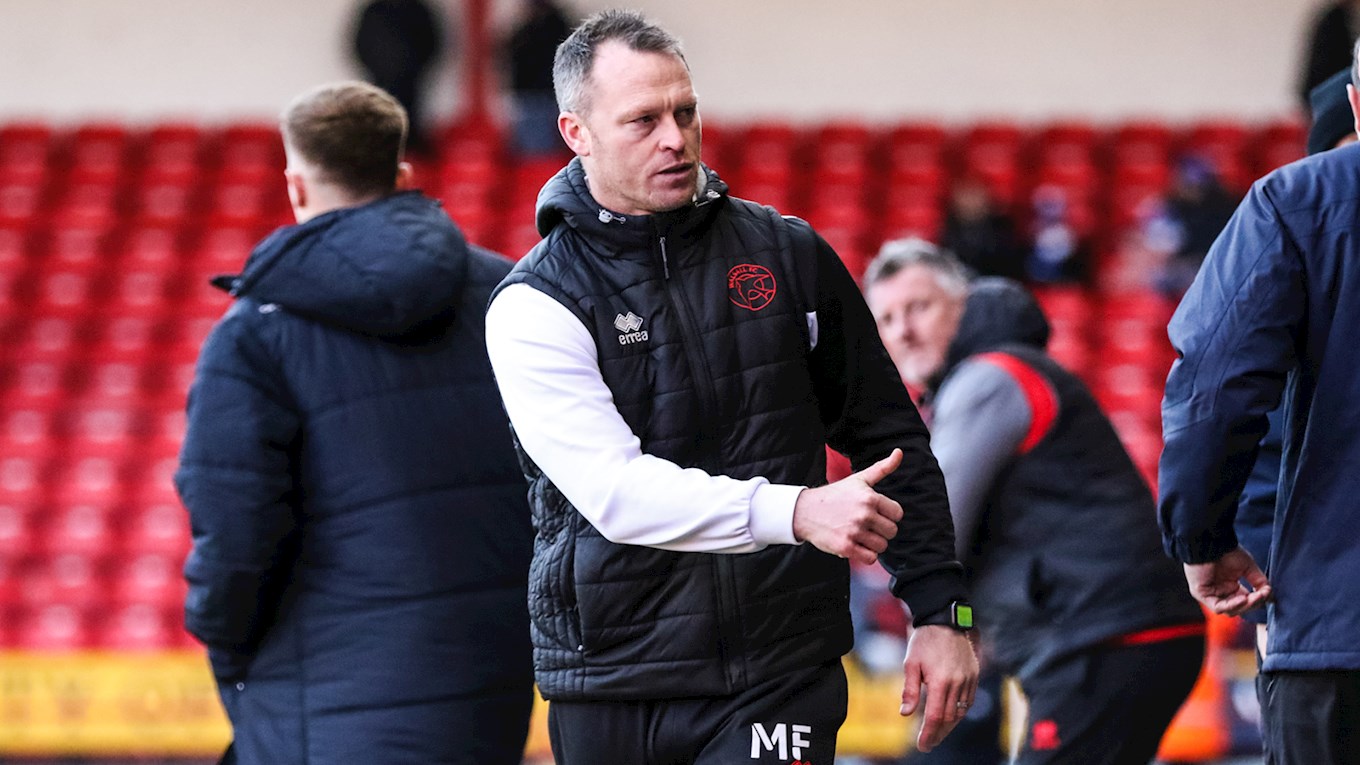 “It’s going to be a tough game, they’re fighting for their lives.

“We’ve got to keep going and try and finish as high as we can, like I’ve said all along. It was pleasing to get a clean sheet and three points on Saturday but they know I want more.”