We are pleased to confirm that we are relaunching our WalsALL Early Bird season ticket campaign for an exclusive two week period.

Following the takeover of the Club by Trivela Group LLC, the decision has been made to reintroduce the reduced rate tickets to encourage even more Saddlers fans to come down and support Michael Flynn and the team in this exciting new chapter for the Club.

The Early Bird Reloaded campaign will run from Monday 13th June through to Thursday 30th June.

A reminder of Early Bird prices: 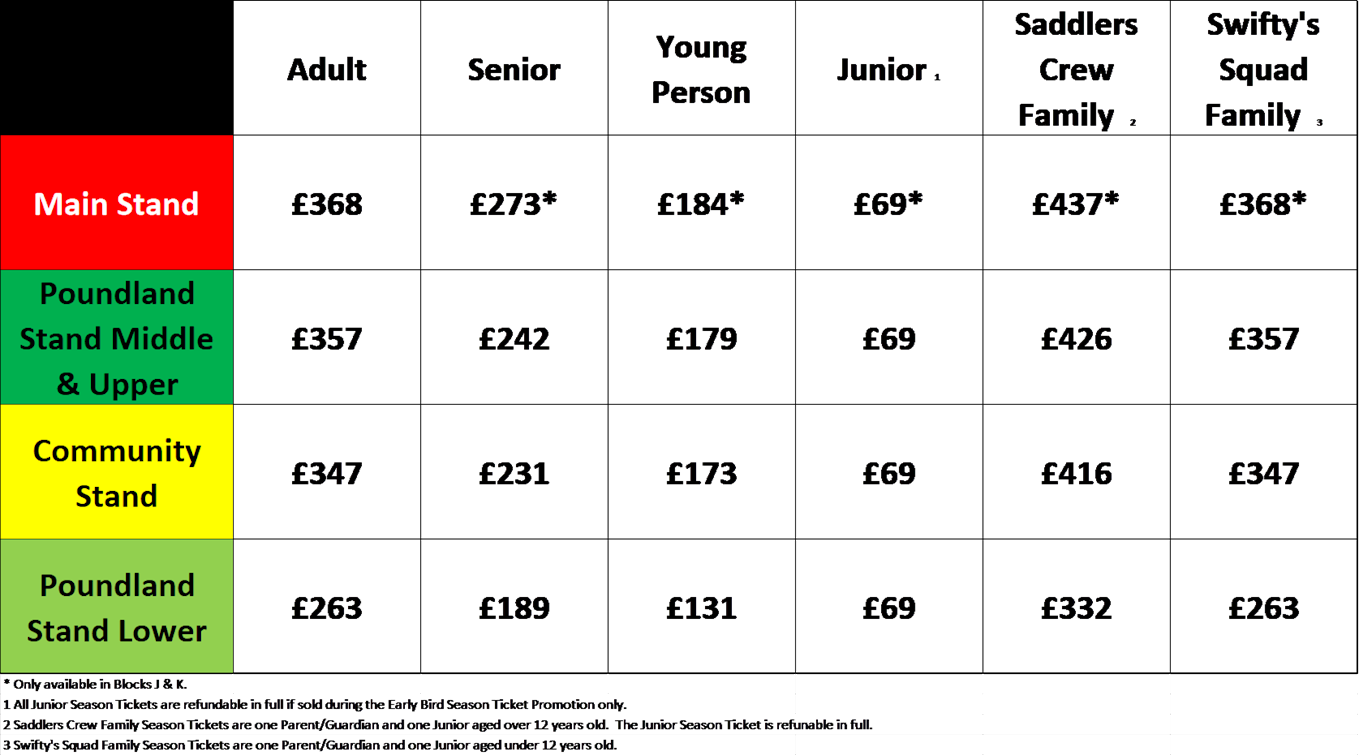 Season tickets will be available to purchase via our e-ticketing site (with no booking fee), over the phone on 01922 651 416 and directly from the Ticket Office window.

After purchasing a season ticket, supporters will receive their ticket via email and they will also have a season ticket card sent out to them in the weeks leading up to the start of the 2022/23 campaign.

Saddlers fans also have the option to pay for their season ticket over six or 10 monthly instalments via V12 finance as per previous years.

We will also continue to offer FREE football for Under 18s with our Swifty’s Squad and Saddlers Crew offering which will remain in place for the upcoming season. Click here for more details.

Supporters who have purchased a season ticket since the last Early Bird period came to an end will receive a refund of the difference on their ticket price and this will be done automatically by the Club and the refund will be in your bank within approximately five working days.

Co-Chairmen Benjamin Boycott and Leigh Pomlett are both excited for the new season and can’t wait to see as many Saddlers supporters at the Poundland Bescot Stadium as possible!

"It's time for the next chapter in the history of this club. We want all of Walsall in the stadium to propel Michael and the squad forward, and to make it an impossible place for our opponents to play.  Please join us - it takes us all!! UTS” said Ben.

“This is such an exciting time for Walsall FC and it would be just great if we could get as many season tickets sold as possible and really get behind Michael Flynn. Let’s break some records!” Leigh continued.

Join us at the Poundland Bescot Stadium as Michael Flynn embarks on his first full season in charge of the Saddlers!

Links to handy guides can be found here.

IN THIS TOGETHER. WalsALL. 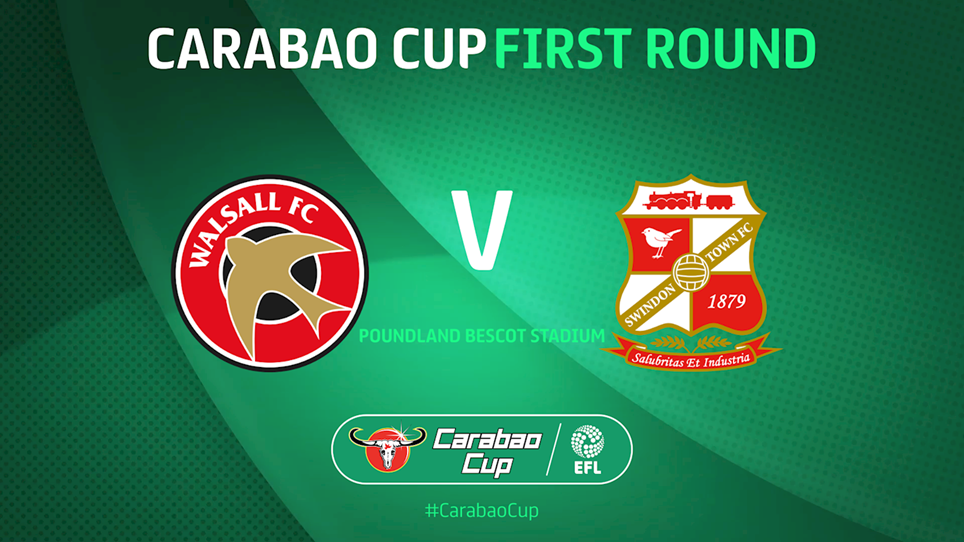 
We can confirm that our Carabao Cup round one clash with Swindon Town will take place on Tuesday 9th August, 7.45pm at the Poundland Bescot Stadium. 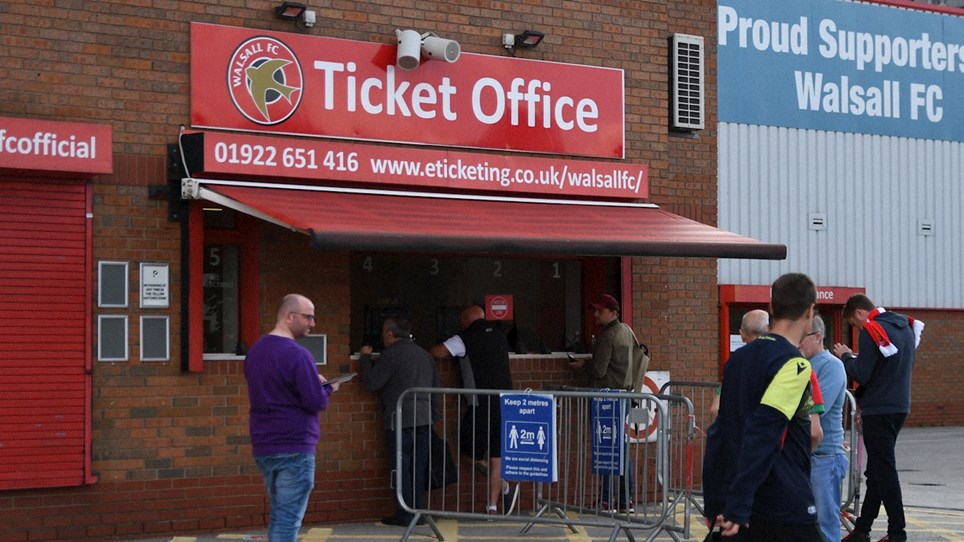 
We can confirm that the Ticket Office is now back open following this morning's closure. 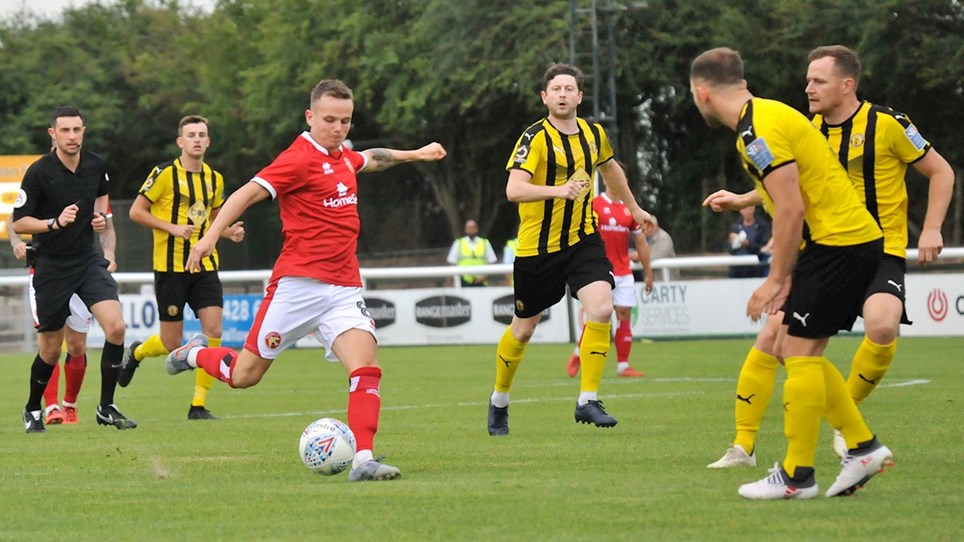 
Tickets for our pre-season trip to Leamington on Tuesday 12th July are now on sale.


We can confirm that tickets for our first five home fixtures of the 2022/23 season are now on sale.