Head Coach Michael Flynn has praised 17-year-old midfielder Ronan Maher as the teenager continues to impress during his first full preseason with the first team.

Maher featured briefly in the build up to the 2021-22 season but has played in each of our preseason fixtures this summer so far and Flynn is pleased to see the academy prospect flourishing in his new surroundings but insists he will still be asking more from him.

“He is flourishing,” said Flynn. “He is impressing me so far and I will always say so far because I will be on him.

“I think that he is definitely better through the middle and he always looks a threat, a goal threat as well.

“I have watched him take the free-kicks in training and he has put them in the top corner and that is why I was shouting at him to take the one tonight because he has got a self belief, not an arrogance and I want to try and keep that with him because it’s a part of him and he has done well.

“Like I said, he has impressed. We have tried him in a number of positions but I think that he is better through the middle because he is a threat.

“He gets more shots away, he gets us more shooting opportunities and then the through ball he has put through to Andy Williams is great as well.

“We created some good opportunities tonight. There were two crosses in the first half where we have got to get on the end of them, the block from Douglas’ effort, Ronan has hit the post; we got in some good positions at times but we have just got to finish them off.” 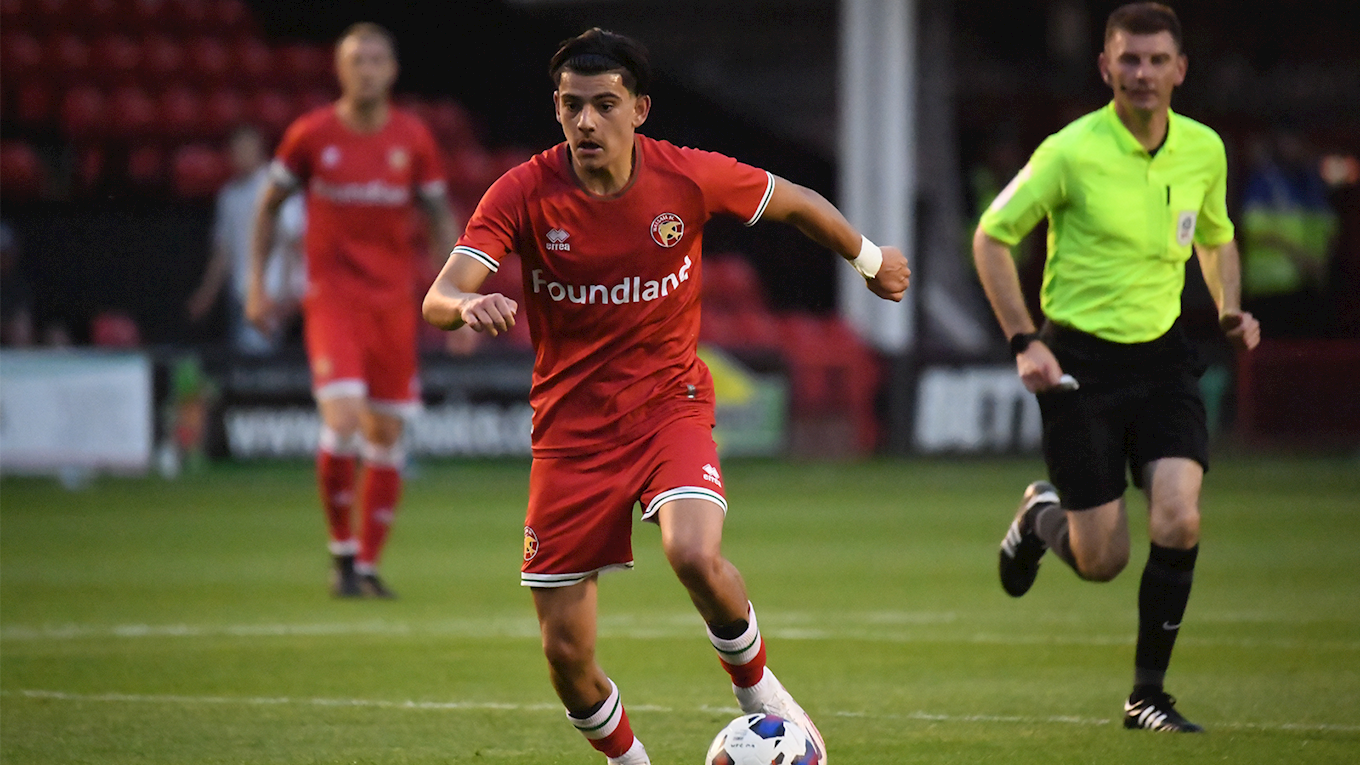 The Head Coach also provided an injury update confirming that the Club have received good news on Joe Riley with his scan results coming back clear.

“The best thing for us is that there weren’t any injuries because the injury list is affecting us,” he continued.

“Like I said on Saturday and I am going to keep banging on about it, we have got six players out and they could all be potential starters. It’s tough but we will get there.

“We have had a bit of good news on Joe Riley, his scan results have come back clear but he was one that we were fearing that he was going to be out for three months.

“None of them are muscle injuries, it’s just been a crazy turn of events that I haven’t seen anywhere as a manager in terms of having no muscle injuries.

“We’ve got two cruciate injuries and I don’t think there was a tackle in either of them.

“Liam Gordon’s was probably the most bizarre injury I have ever seen in my life. I don’t even think someone who is paralytic on a night out in a nightclub could have done what he did the way he did it, it’s crazy.

“Then look at Oisin, he was away with Ireland and he went for a diving header and ended up snapping the bone in his shoulder and dislocating it, they’re all crazy.”

Flynn: "We should have killed the game off"


Walsall Head Coach Michael Flynn admitted his team should have put the game to bed after conceding a 100th minute equaliser to Stevenage on Saturday.