Sawyers trained with the first team and was named on the bench in Michael Flynn’s first game away at Forest Green Rovers last weekend.

King was delighted for the defender and feels he’s gained some valuable experience.

“Rio was involved with the first team squad last week against Forest Green and that is a cracking experience for him,” he said.

“It was good to see him involved with their training in the week as well so he gets an idea of the first team environment, especially as a first-year scholar as well.

“It comes down to the work that he has been doing recently in training and in games.

“In games he has been really comfortable bringing the ball out from the back and he has been happy to step into midfield with the ball as well as recognising when to play a little bit more. 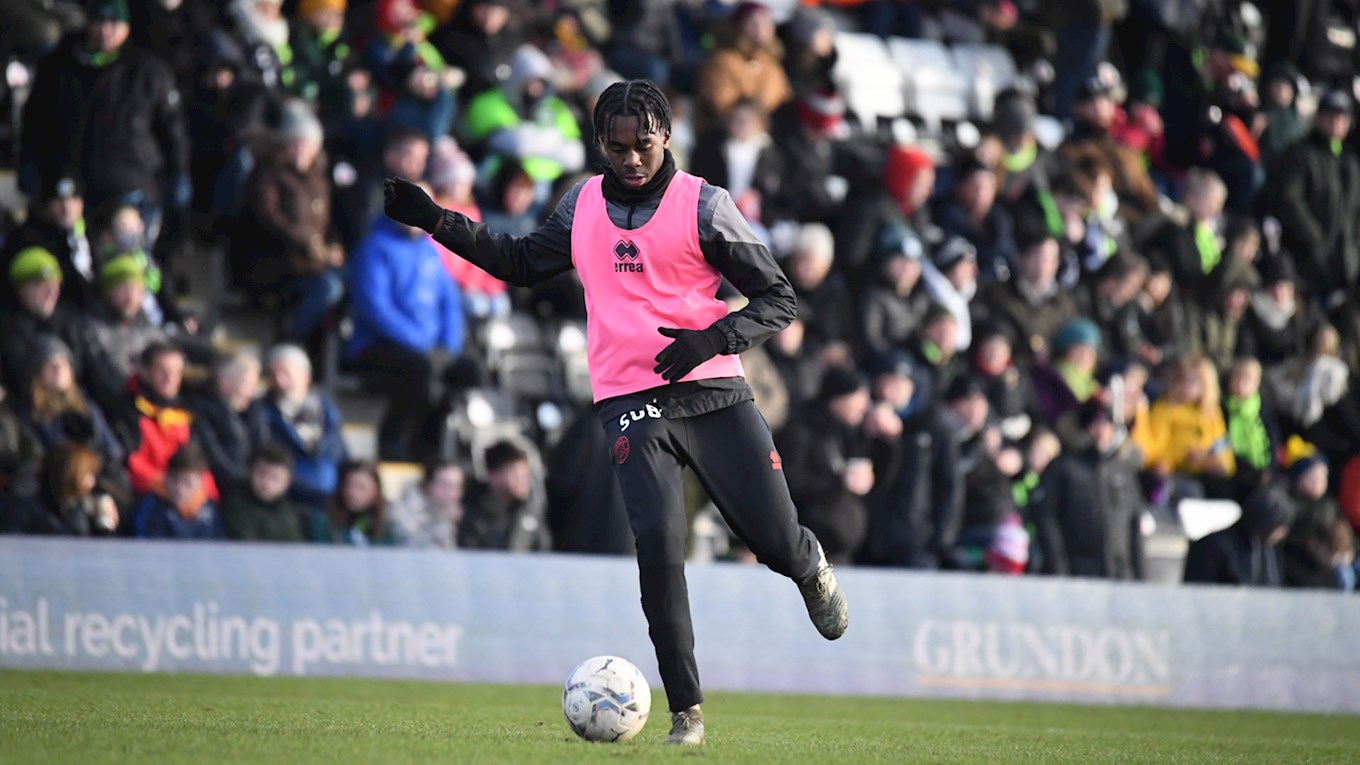 “He is very comfortable on the ball; he is happy to dribble out and then defensively he is very strong in dealing with everything.

“In the game that we won against Tranmere Rovers, he had a number of situations where he was in a one-v-one scenario and some where he was one-v-two and he has come away with the ball so it has been a brilliant experience for him to get some time in the first team environment.”

Elsewhere, goalkeeper Zach Hedge and midfielder Jack Shaw were both called up to Wales’ Under 17s training camp.

King was delighted to see the duo rewarded for their efforts and was pleased with the feedback he received after their time at the camp.

“We have had two of the lads with Wales over the last couple of weeks and that was really good to see that they got some recognition for the work that they have been doing,” he commented.

“They have both really thrived in the environment recently. The Wales scout has come to a couple of our games and watched us and spoken to them both and they have seemed really happy.

“The feedback that we have been getting from their time there has been really positive so we are really happy with that and it is really big for the club.”

The U18s are back in action on Saturday as they host Tranmere Rovers.

Their last match was a 1-1 draw with Oldham Athletic on Saturday 12th February, where Ronan Maher got on the scoresheet.