Walsall Football Club are delighted to announce the signing of Tom Knowles from National League side Yeovil Town for an undisclosed fee.

The versatile attacker has signed a two-year contract with an option of a further year and becomes the Club’s 16th signing of the summer.

Knowles finished as Yeovil’s top scorer in the 2021/22 campaign with nine league goals and 10 in all competitions.

The 23-year-old began his career at Cambridge United and made his first team debut in May 2018 in a 5-0 victory over Port Vale.

His first EFL goal came 11 months later in a 2-1 defeat to Morecambe in League Two.

During his time at the Abbey Stadium, he enjoyed a number of successful loan spells at non-league level.

He left Cambridge in November 2020 having scored twice in 12 appearances for the U’s and subsequently joined the Glovers.

Knowles finished the 2020/21 season with seven goals in the National League and went on to hit double figures last term. 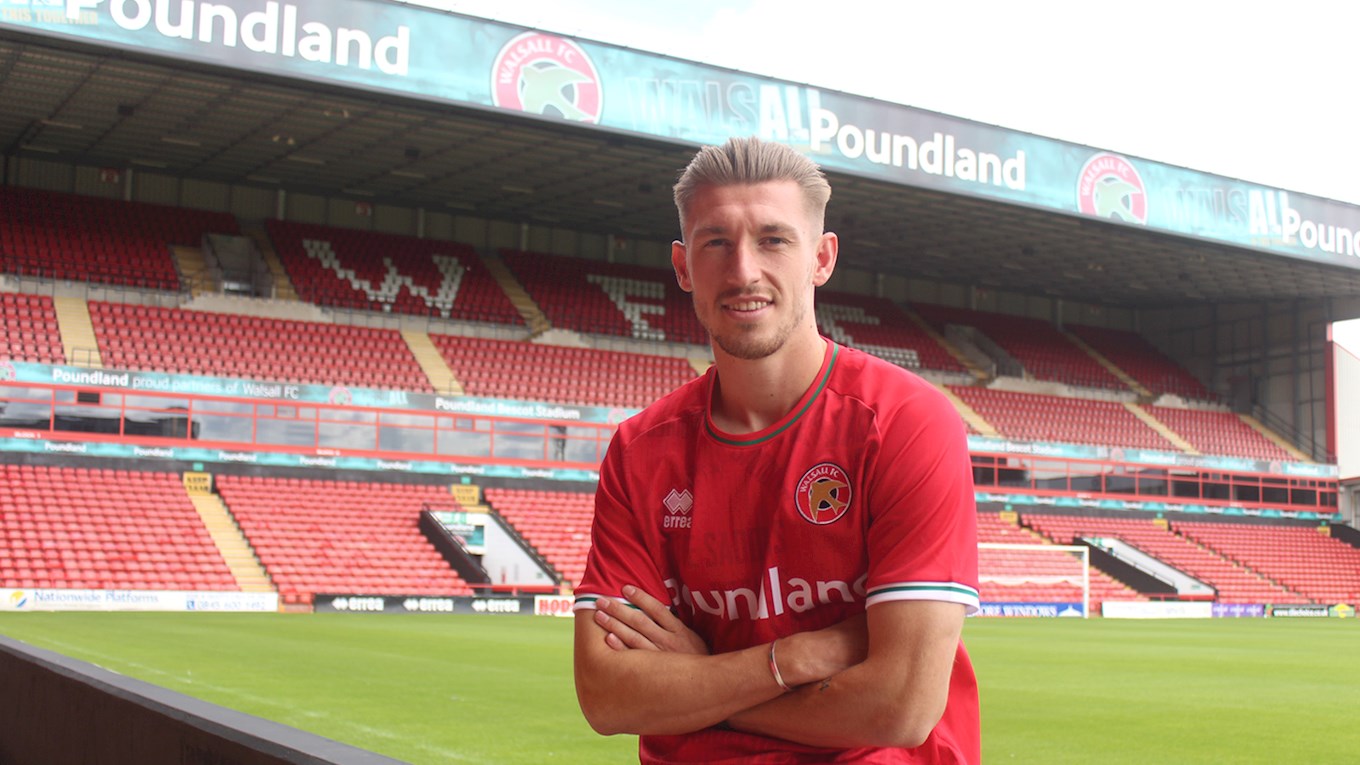 The promising forward is delighted to be back in the EFL and is looking forward to his new challenge with the Saddlers.

"I am really excited,” Knowles said.

“It has been in the pipeline for a few days now and I am happy that it is over the line and I am buzzing to be here.

“I’m hardworking first and foremost. I will give everything, 100% week in, week out.

“I am a direct player, I like running at players, scoring goals, creating chances and getting the fans excited.

“Hopefully I can bring all that here and show everyone what I am about.”

Head Coach Michael Flynn is delighted with his latest addition.

“I think we’ve got the best player from the National League.

"He’s at a great age and can only improve.

“He’s matured from his days at Cambridge and become a very good footballer.

“He can play in numerous positions. He can play out wide, in the 10 or he can play up front and he’s completely different to what we’ve got in the squad.

“He runs at players, he can use both feet comfortably, he commits defences and creates space for his teammates.

“I would like to thank Ben Boycott, Trivela and Leigh Pomlett for their backing. It shows that they are here for the long term because this is an investment into the Club.

“It’s a very positive day that we’ve managed to get Tom over the line and I’m really excited to be working with him.”

Flynn: "We should have killed the game off"


Walsall Head Coach Michael Flynn admitted his team should have put the game to bed after conceding a 100th minute equaliser to Stevenage on Saturday.