Walsall Football Club can confirm that our long-standing partnership with Banks’s will come to an end at the end of the current season.

Banks’s – part of Carlsberg Marston’s Brewing Company (CMBC) – have been associated with the Saddlers for over 20 years and held the first ever sponsorship of the stadium since 2007.

As a result of their sponsorship agreement ending, Banks’s will relinquish the naming rights of the stadium.

They have enjoyed working with the club and were proud to have held the first ever sponsorship of the stadium.

“It has been a privilege to sponsor Walsall FC’s Banks’s Stadium, the first-ever stadium sponsorship for the club when it began in 2007,” Miranda Osborne, Director of Marketing for Ales at CMBC, said.

“Approaching the 15-year anniversary of our sponsorship was a natural point to reflect and, following discussions with the club, we agreed to end our sponsorship of Banks’s Stadium at the end of May 2022.

“We would like to thank Walsall FC for our long and successful partnership together, which has brought many great experiences for fans. For over 20 years, Banks’s have been part of the Walsall FC story and we wish the club every success in the many years to come.”

Walsall Football Club CEO Stefan Gamble added: “We’ve enjoyed a very good working relationship with Banks’s and I would like to personally thank them for all their support over the years and I wish them well for the future.” 
We would like to welcome today's match sponsors HomeServe, Ray Gray Snacks and Banks's. 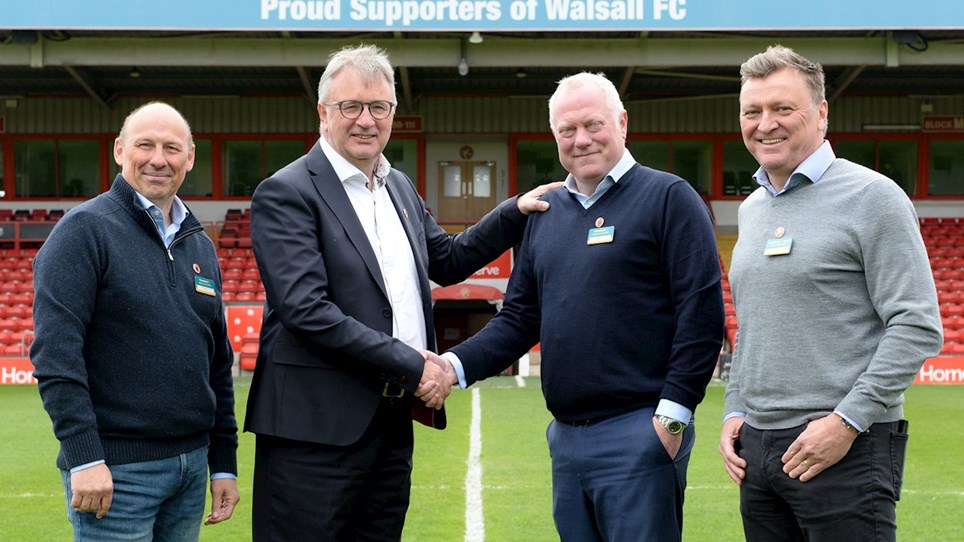 
Walsall Football Club is delighted to confirm that Poundland will be our new Principal Partner for the next three years in what will be the largest commercial partnership in the club’s history. 
We are pleased to welcome today's match sponsors HomeServe, Ray Gray Snacks and The Inn on the Furlong.

Walsall Football Club and HomeServe confirm next stage of partnership


Walsall Football Club and HomeServe are pleased to confirm the next stage of their long-standing partnership.