Walsall slipped to a narrow defeat on the road as Isaac Hutchinson scored the only goal of the game to hand Crawley Town all three points.

The Saddlers created plenty of clear-cut opportunities and struck the woodwork twice but couldn’t find a goal on a frustrating afternoon in Sussex.

Michael Flynn made four changes to the team that started against Carlisle United on Good Friday.

Tom Leak, Sam Perry, Zak Mills and Rollin Menayese all came into the team while Hayden White, Reece Devine, Tyrese Shade and Donervon Daniels all dropped to the bench.

The Saddlers made a bright start and had a couple of early opportunities in the opening five minutes.

Perry found Miller with a lovely through ball and the striker arrowed in a shot from the left-hand side of the area but his shot hit the side netting.

The 23-year-old had the ball in the net in the fourth minute when Perry’s strike was deflected into his path but he was adjudged to have been offside.

Crawley grew into the game and started to enjoy more possession, with Hutchinson having their best chance of the half as he dragged a shot from distance wide.

It was Walsall who had more of a goal threat though. Perry was involved in another Saddlers opening when his long-range strike was parried away by Glenn Morris but only as far as Tom Leak who rifled in a shot seconds later but it just cleared the bar.

Walsall had more of the clear-cut chances but it ended all square at the break.

The visitors came close to opening the scoring 10 minutes into the second half when Miller’s cut back found Perry who got a shot away on the slide and his attempt bounced off the post before Glenn Morris gathered it.

Flynn made a couple of changes around the hour mark as Perry and Mills made way for White and Shade.

Despite Walsall looking the more likely to score, it was the hosts who struck first when the ball fell to Hutchinson just outside the area and he let fly with a powerful drive that beat Rushworth on 69 minutes.

Flynn responded and introduced Devante Rodney in place of Miller and the striker came close to levelling on 77 minutes when he went round Morris and turned the ball goalwards but he was denied by a last-ditch block on the goal line by Jake Hessenthaler.

He had another glorious opportunity when Osadebe made a brilliant run forward before slipping in Shade who delivered a low cross to the back post but Rodney turned the ball over as the Saddlers piled on the late pressure.

Walsall came agonisingly close to an equaliser when Jack Earing’s curled shot cannoned off the crossbar. 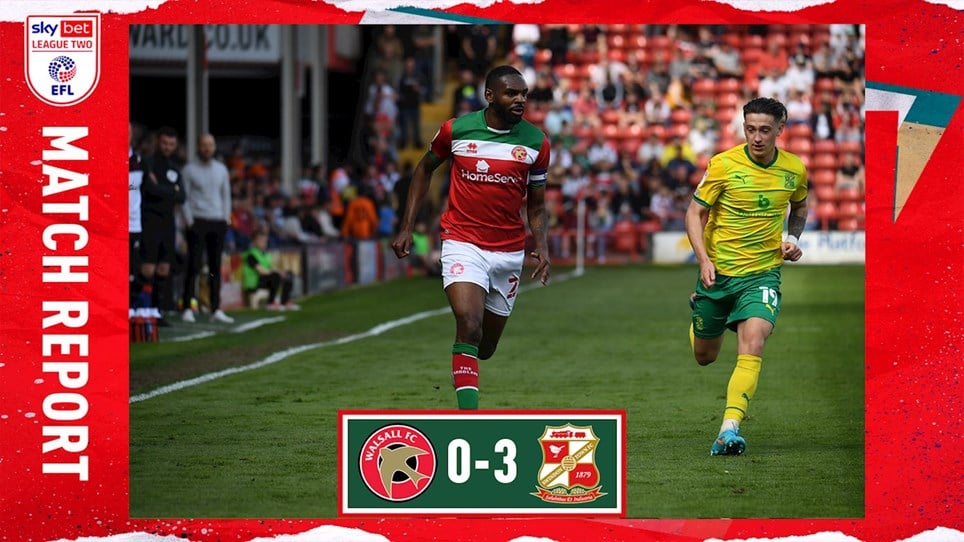 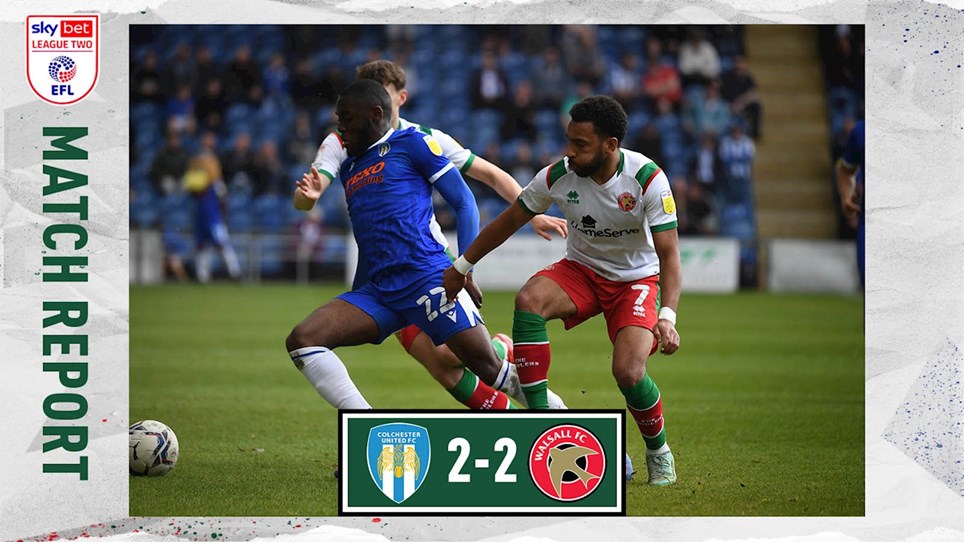 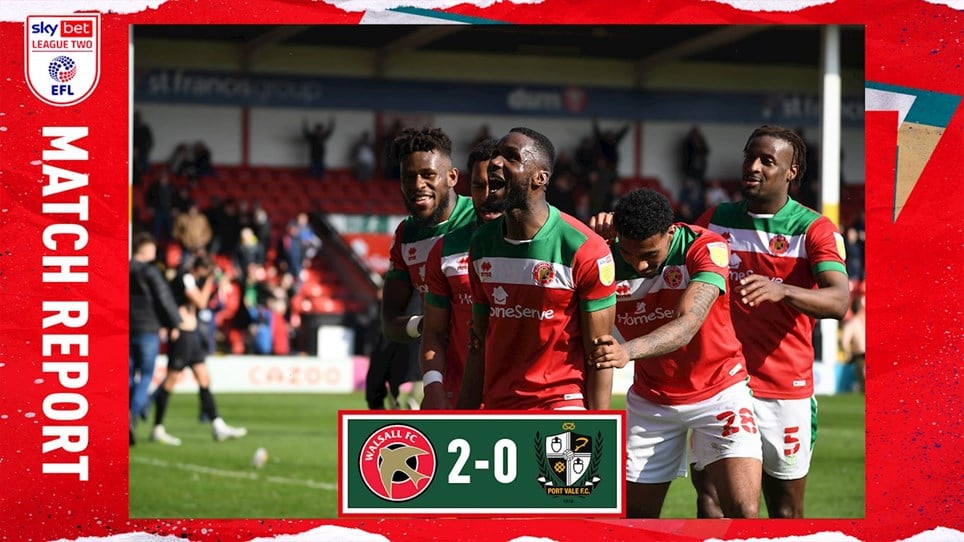 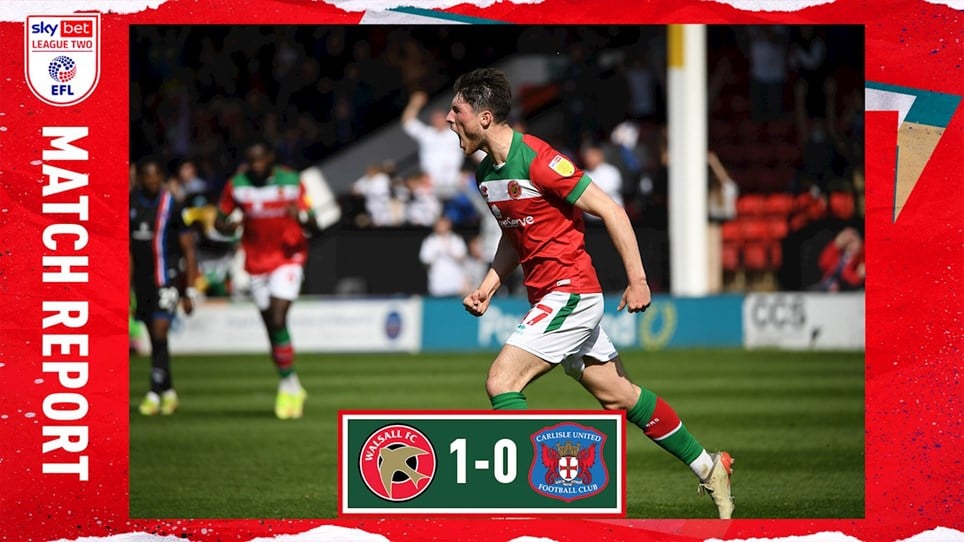