Walsall legend Mick Kearns will be attending Saturday’s match against Bristol Rovers to celebrate the opening of the Mick Kearns Community Hub.

The Hub, situated in the lower tier of the HomeServe stand, was officially named after the former Saddlers goalkeeper back in July and Mick will be in Hub before the match as well as an interview on the pitch at half-time.

Supporters have been able to access the new Community Hub this season since it opened for our pre-season friendly with Crystal Palace.

The facility includes the new Bescot Bar and legends wall.

Walsall Football Club Community Programme will also benefit with a brand-new changing facility in the hub and more indoor space for activities.

Mick founded Walsall Football Club’s Community Programme and has been a fantastic ambassador to the football club over many years so it’s fitting that the Hub is named in his honour.

He’s looking forward to meeting supporters in there at the match and is proud that it is named after him.

“It’s very humbling and I’m honoured the directors thought of me,” he said

“I’ve played here, established and ran the Community Programme for so many years, another thing that I’m very proud of. 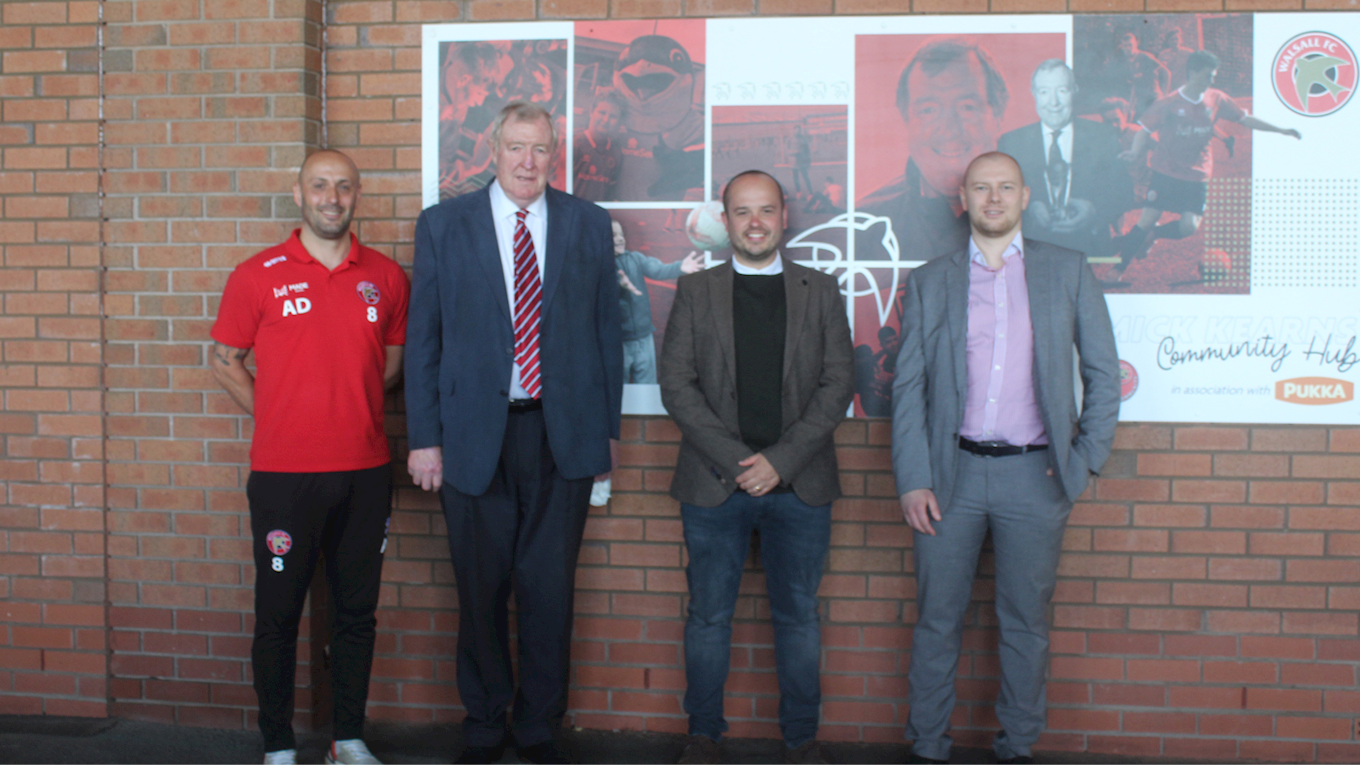 “I signed for Walsall an awful long time ago in 1973 and even in those days it was always regarded locally in football that this was a family orientated club who reach out the fans and this will enhance that reputation further, I’m sure.

“I’m looking forward to coming in and mixing with the supporters in there to find out from them what they think about this wonderful facility.”

Mick will be in the Hub from 2pm.