It’s the battle of the Matt Taylor’s as Walsall travel south to play Exeter City – the first time two managers with the same name have come up against each other since 1978.

The Saddlers will be looking to halt their run of successive defeats at St James’ Park.

Exeter are aiming to push for a place in the top seven this season having just missed out last term.

We take a closer look at the Grecians in our opposition guide.

Matt Taylor was the man chosen to succeed former long serving boss Paul Tisdale, who had occupied the hot-seat at St James’ Park for 12 years, back in 2018.

In his first season in charge, Exeter spent almost all of the season in the top seven. They went into the final day needing a victory to secure a play-off spot but they were pipped by Newport County after only managing a 0-0 draw at Forest Green Rovers.

The Grecians regrouped again the following year as Taylor looked to guide them to promotion. They found themselves second in the middle of February before a winless run of four followed at the end of the month and the start of March.

The COVID-19 Pandemic hit with Exeter fourth in the standings. Once the season was curtailed and the points per game calculation totted up, Taylor’s men secured fifth place and a place in the play-offs.

He guided them to the final after overcoming Colchester United over two legs but they missed out on promotion after they fell to a 4-0 defeat to Northampton Town.

Attacking midfielder Matt Jay had his best goalscoring season in 2020-21, notching up 20 goals in all competitions.

He’s got off to a decent start this season as well having scored five times in 11 matches.

The 25-year-old has made 147 appearances and scored 39 goals for the Grecians.

Exeter have suffered just one league defeat in all competitions – a 3-0 reverse away at Leyton Orient back in August. They have gone seven unbeaten in Sky Bet League Two since.

They haven't tasted defeat in 10 home league matches with their last setback coming against Cheltenham Town in March.

Exeter and Walsall will meet for the 82nd time at St James’ Park.

The Saddlers have the better record with 40 victories to Exeter’s 26.

There have been 15 draws between the two sides with three coming in the last four meetings. 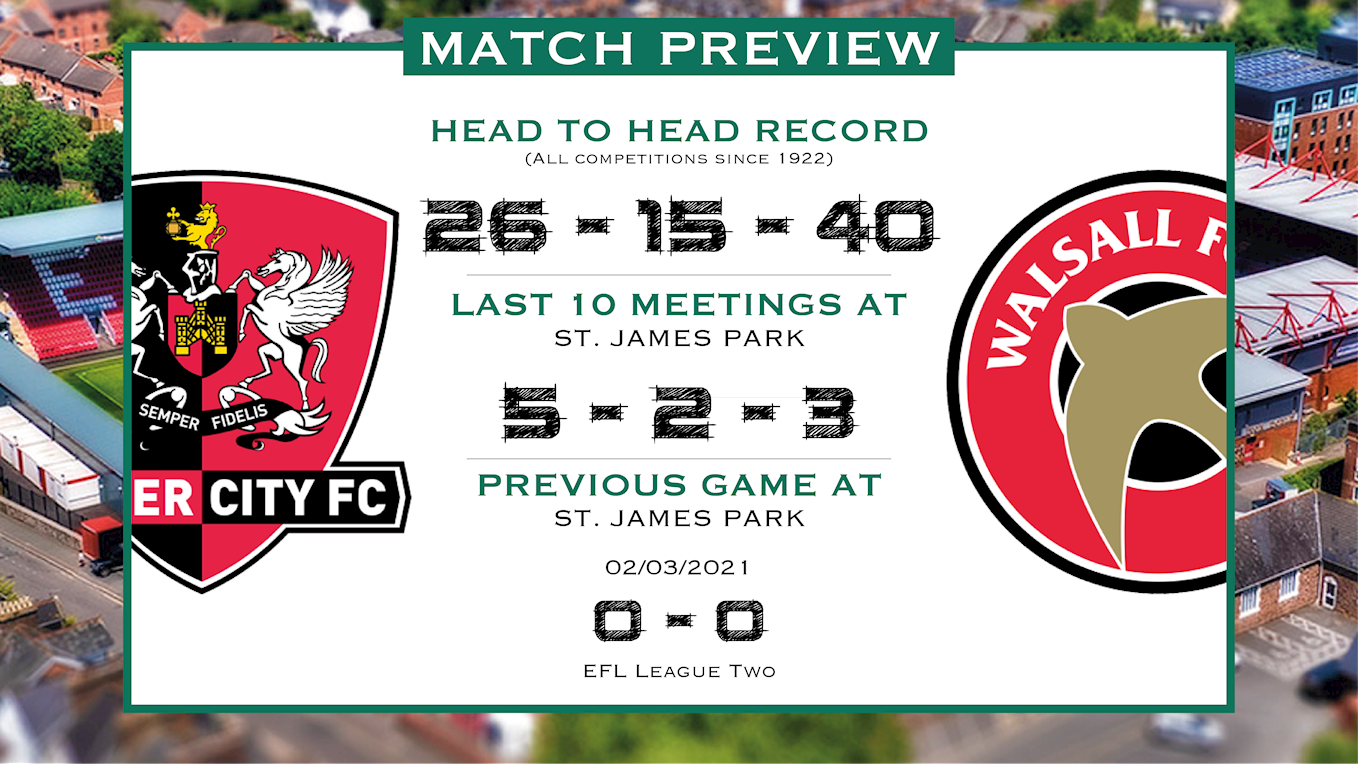 Walsall’s last defeat to Exeter came in 2012 when the Grecians won 4-2 in Devon.

Both of last season’s clashes ended 0-0.

In December 2019, Exeter came back from a 3-0 deficit to draw in an entertaining affair.

Alex Nicholls has enjoyed good spells at both Walsall and Exeter.

Nicholls began his career at the Banks’s Stadium and played 219 times and scored 28 times for the Saddlers. He was a popular player amongst Saddlers fans. He is also a regular on iFollow commentary. 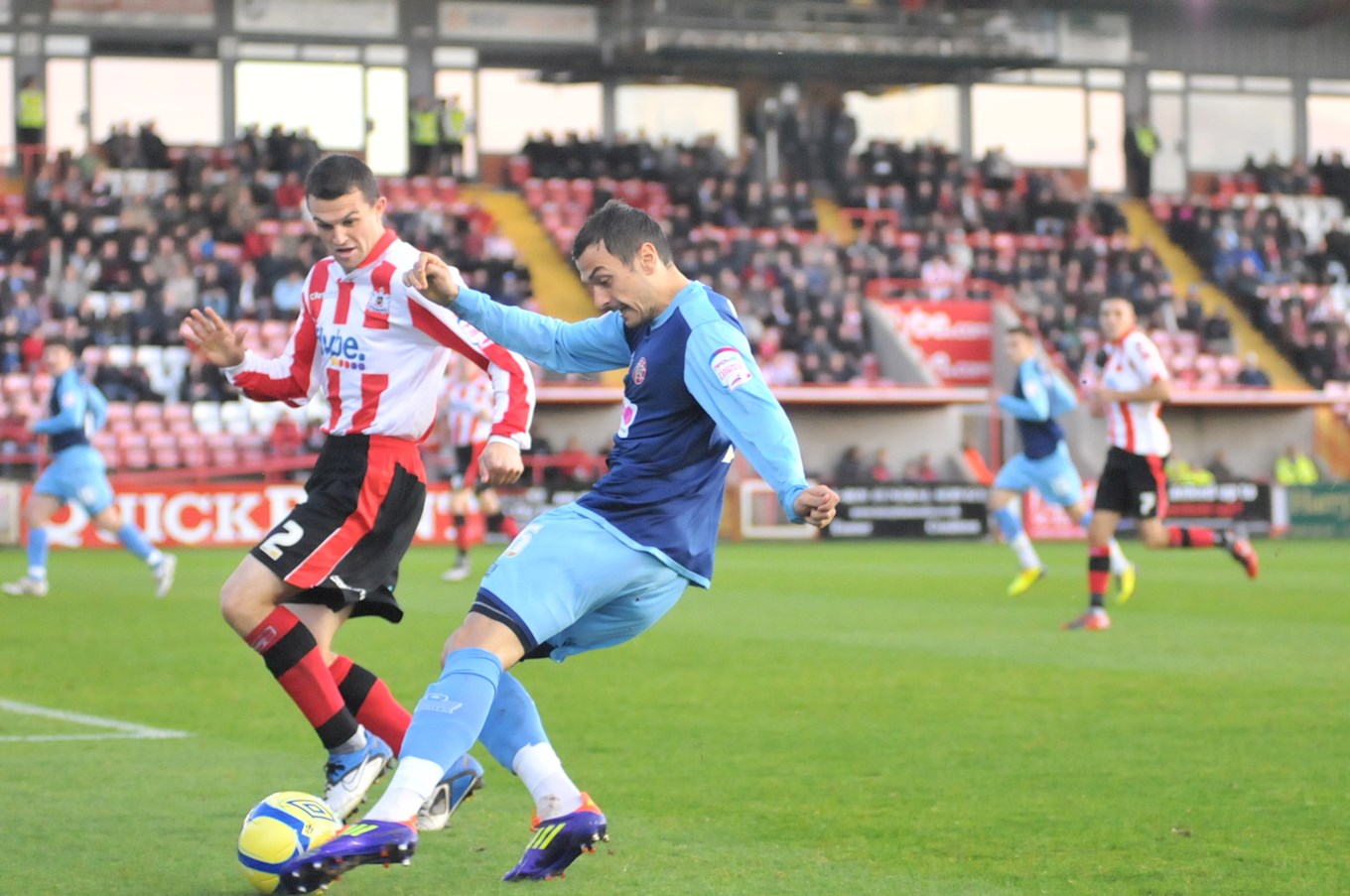 Other players to play for both clubs include Reuben Reid and Matthew Gill.