James, aged four, was pictured alongside his great grandfather at the Banks's Stadium at his first ever match against Mansfield Town in September.

James was inspired by Alan and his first visit to the Banks's Stadium and now regularly attends matches alongside great grandmother Sheila Rogers, grandparents Martin and Louise Rogers, mother Vicki Rogers and occassionally, uncle Ben Rogers with four generations of Saddlers supporters in the family.

All the players all signed a copy of the programme Alan and James featured on the cover of and Kinsella paid the family a visit this week to present them with the programmme and was honoured to do so.

"I was delighted to come and meet the family and present them with the programme," he said.

"Four generations of supporters is amazing to see.

"Going round there and listening to all their stories was fantastic to listen to and being a Walsall lad myself, it's really nice to see."

Alan was thrilled to meet Kinsella and receive the programme.

"The programme is tremendous," he commented.

"Thank you to Walsall Football Club, we're so grateful and they always look after us at the Banks's Stadium and we're so pleased to be back coming to matches again." 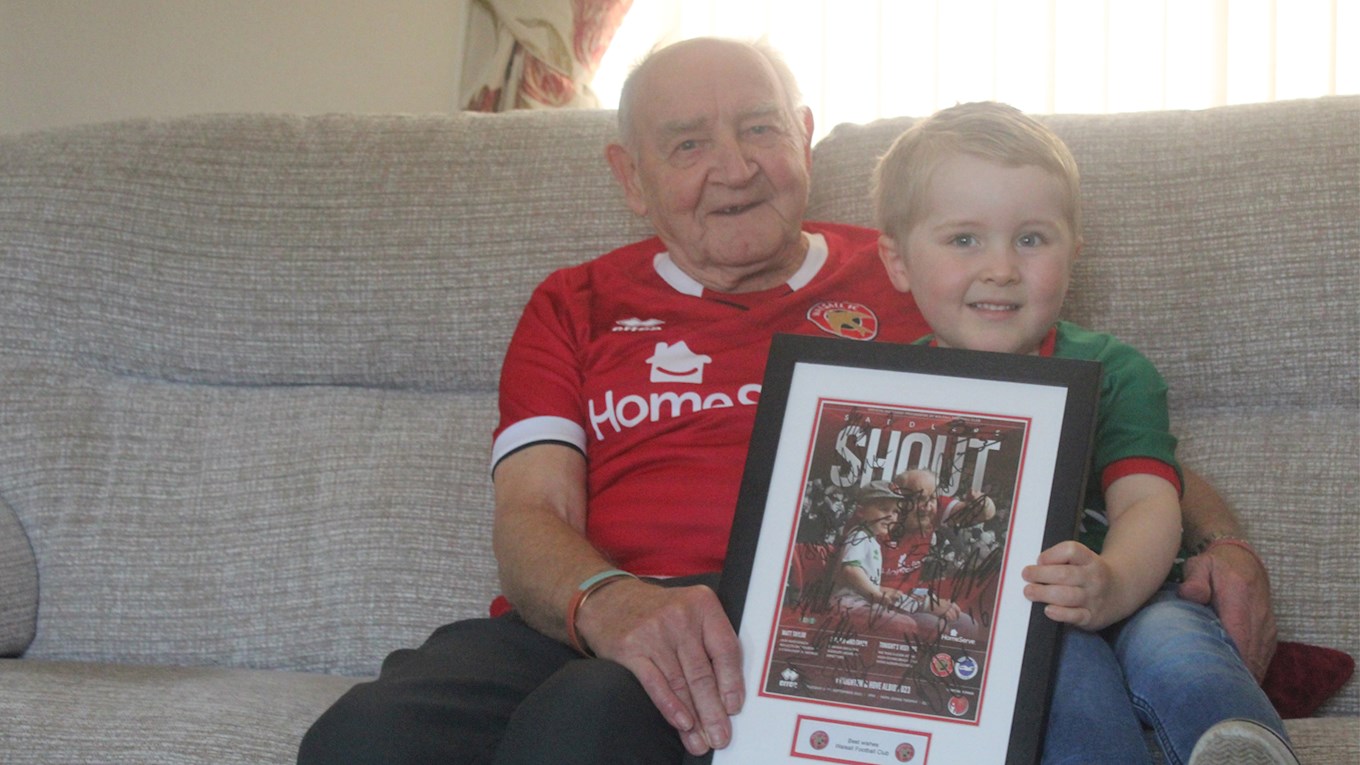