Walsall returned to winning ways with an accomplished display away at high-flyers Port Vale.

Brendan Kiernan scored the only goal of the game in the first half which saw the Saddlers impress.

The Valiants applied pressure in the second half but Tom Conlon’s red card dented their hopes and the Saddlers managed the game excellently to earn their fourth consecutive victory on the road.

Matt Taylor made two changes to the team that drew 0-0 with Rochdale on Saturday.

Hayden White returned from his suspension while Kiernan was also restored to the starting XI.

Otis Khan and Tyrese Shade dropped to the bench.

The Saddlers started brightly and had a couple of opportunities in the opening five minutes as Conor Wilkinson struck a low free-kick before George Miller fired over.

Walsall were excellent in the opening 20 minutes and almost opened the scoring when Wilkinson managed to get a shot away from a tight angle that Lucas Covolan tipped onto the post.

Vale started to come into the game, particularly when the Saddlers were temporarily reduced to 10-men when Kiernan went off to receive some treatment.

He made up for lost time when he came back on as he gave the Saddlers the lead on 29 minutes after Hayden White slid the ball into Wilkinson who set the winger free.

He had Miller with him in support but opted to use him as a decoy and instead fired low into the bottom corner.

The Valiants tried to respond after falling behind but failed to test Carl Rushworth for the remainder of the first half as the Saddlers went into the break with a one-goal lead.

Port Vale made a double change at the break as Mal Benning and Devante Rodney came on for Dan Jones and David Worrall.

Taylor reacted with a change of his own nine minutes into the second half as Shade replaced Kiernan.

Vale improved in the second half and were given a good opportunity from a free-kick that set-piece specialist Tom Conlon stood over 30-yards out. He went for goal and wasn’t too far away but just missed the target.

The Saddlers re-grouped well after dealing with some early second half pressure and had a couple of chances through Shade, who curled a free-kick over, and Miller whose overhead kick went wide.

The hosts were dealt a blow with 17 minutes to go when Conlon received his marching orders as he picked up a second yellow card for a late challenge on Jack Earing.

Taylor introduced Liam Kinsella moments before the red card and Kieran Phillips also entered the fray with 10 minutes to go.

The Saddlers used their man advantage well and saw the game out professionally to earn themselves a valuable three points at Vale Park. 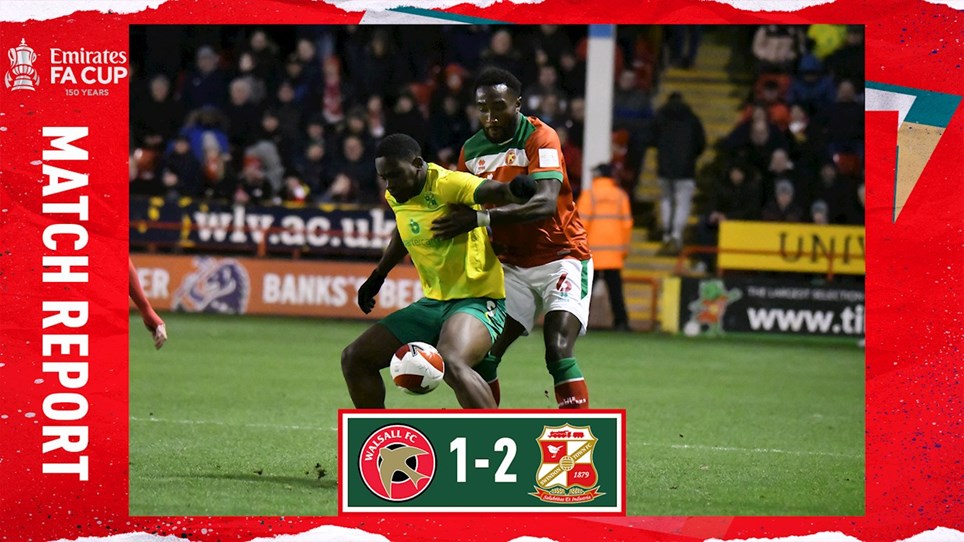 
Walsall’s Emirates FA Cup journey came to an end after a narrow defeat to Swindon Town at the Banks’s Stadium. 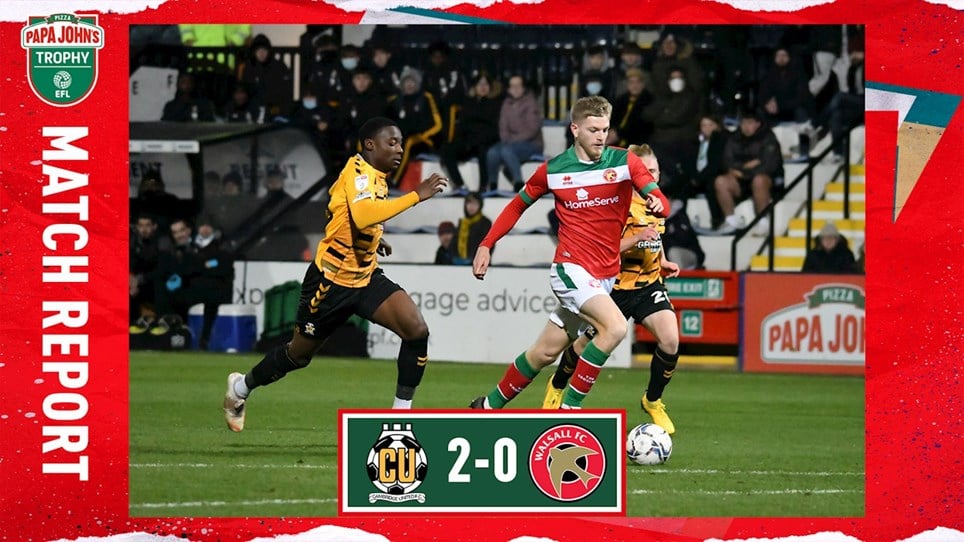 
The Saddlers were left to rue numerous glorious chances at the Abbey Stadium as their time in this years Papa John’s Trophy came to an end thanks to a first half penalty from Cambridge United striker... 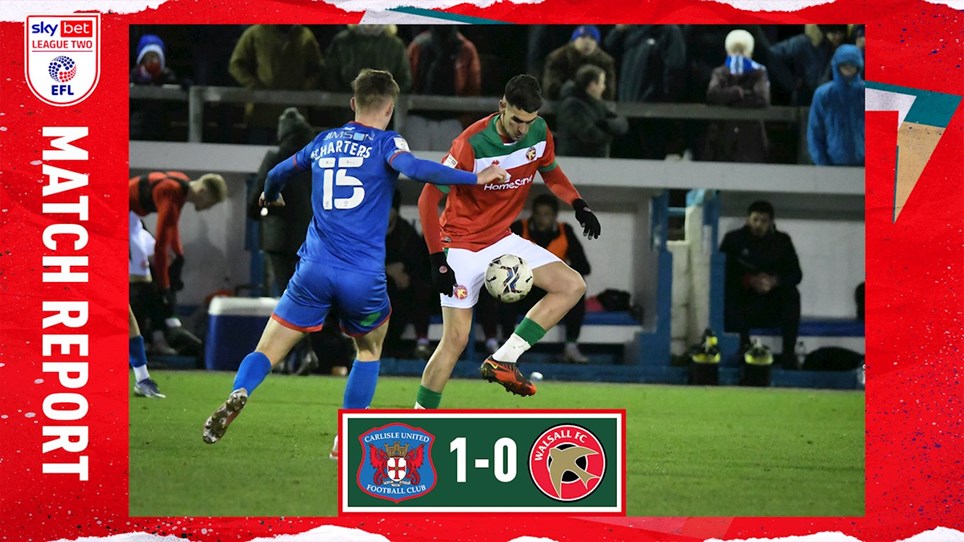 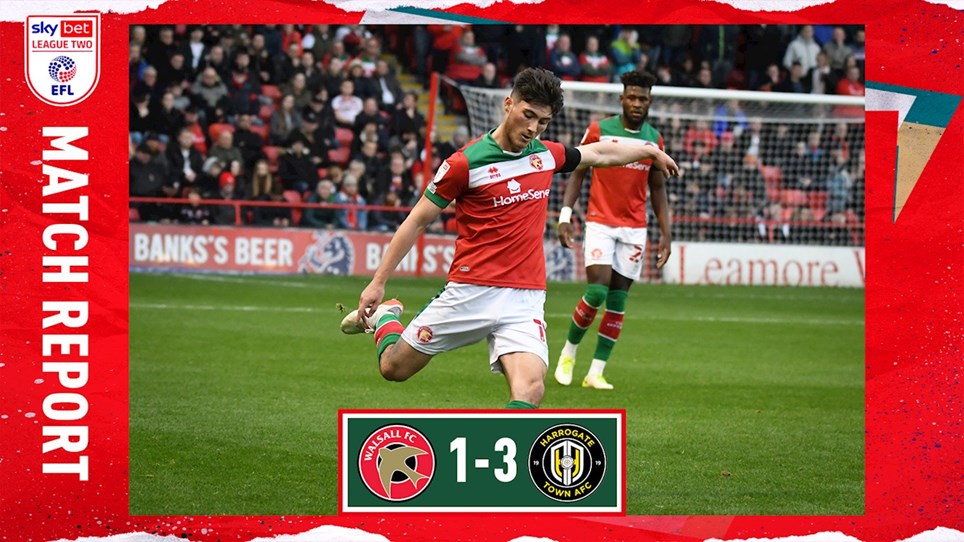