Soak up all the action and take a seat at the Banks’s Stadium by securing yourself a Half Season Ticket!

Matt Taylor’s side have been backed in their numbers by the Saddlers faithful and with some mouth-watering ties still to come to WS1, it’s sure to be an exciting and thrilling second half of the season.

This season’s half season ticket begins with our encounter against Bradford City on Wednesday 29th December and covers every Sky Bet League Two game up until our final game of the season where we welcome Swindon Town to the Banks’s Stadium on May 7th.

As an added bonus, supporters who purchase their half season ticket up until noon the day of the Colchester United game (11th December) will be able to attend the fixture for FREE, meaning your half season ticket will equate to 13 league games in total.

Those who purchase a half season ticket before 12 noon on Wednesday 29th December will be able to bring a friend for FREE to our fixture against Bradford City.*

Half Season Tickets will be available to purchase from 10am on Monday 22nd November.

With prices starting at just £52 for juniors and £167 for adults, Saddlers fans can make significant savings on match-by-match admission prices.

A full list of prices can be found below:

There are some exciting times ahead here at the Banks’s Stadium and we want YOU to be a part of it and join the Saddlers family as we continue our push up the league table!

If interested in purchasing a Half Season Ticket plesse visit our e-ticketing site https://www.eticketing.co.uk/walsallfc/ , the Ticket Office at the Banks’s Stadium, open 9am-4.30pm Monday to Friday and from 11am on home matchdays or call 01922 651 416 and take your seat amongst the crowd!

*We’d like to remind supporters that the Ticket Office will be for match tickets only after midday on home matchdays.

In It Together. Be There, See It All. 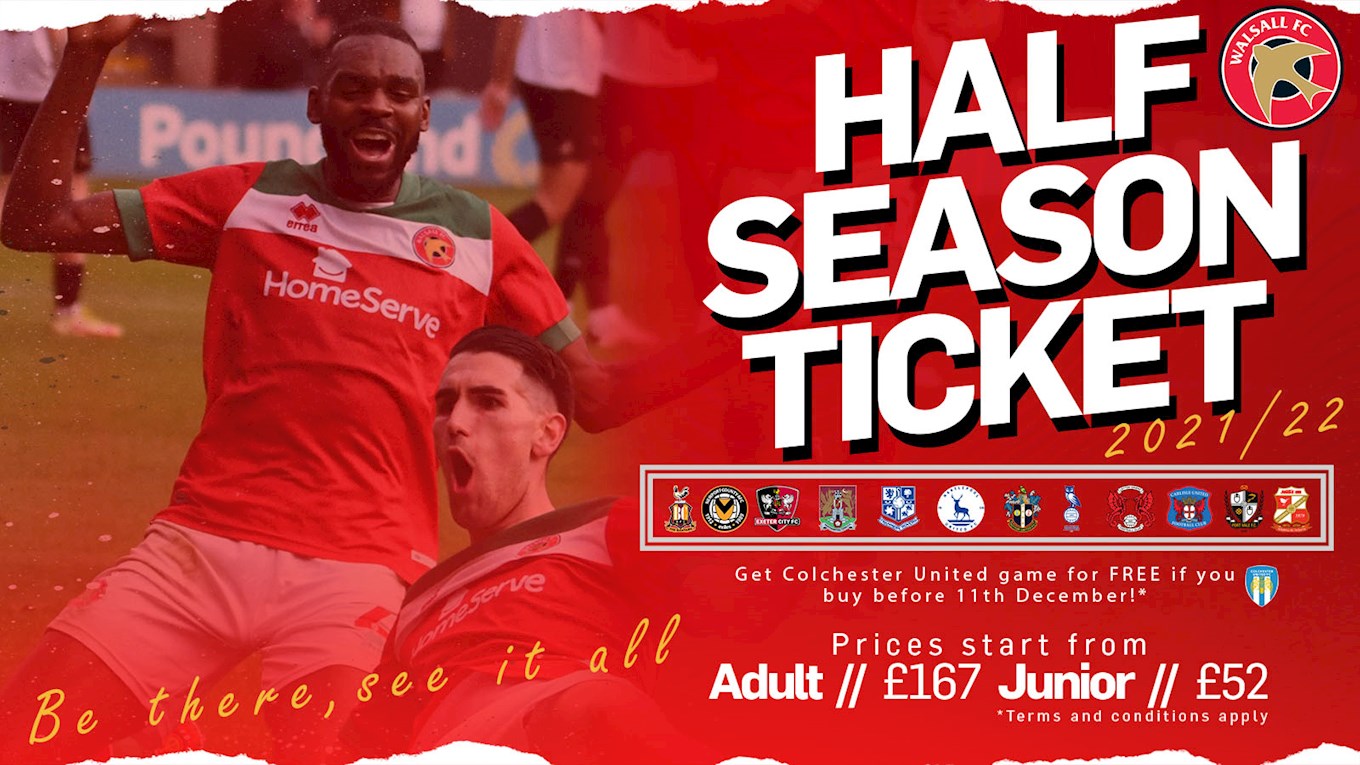