With the final game of the 2020/21 season away at Carlisle United almost upon us, we take a look back at some memorable final day encounters from the last 20 years.

Walsall made the short trip to Vale Park on the last day of the 2015-16 League One campaign with the chance of achieving automatic promotion.

A huge army of Saddlers fans travelled to Burslem and made fantastic noise from start to finish.

Walsall raced into a 3-0 lead after 38 minutes with goals from Paul Downing, Tom Bradshaw and Anthony Forde, who fired in a thunderbolt from 35-yards.

Forde scored his second on 67 minutes before Sam Mantom rifled a shot into the top corner from 25 yards to cap off an excellent afternoon’s work.

Despite the emphatic scoreline, the Saddlers missed out on automatic promotion as Burton picked up a point at Doncaster Rovers and had to settle for a place in the play-offs.

Walsall secured their first league title for 47 years in dramatic style against Swindon Town on the final day of the 2006/07 League Two season.

After a goalless first half, Jerel Ifill scored the first goal of his career to give Swindon the lead after 52 minutes.

With just seconds remaining, Dean Keates crashed in a shot from 20 yards to earn a draw that, coupled with defeat for Hartlepool United, was enough to hand the Saddlers the League Two title.

Wild celebrations ensued at the County Ground as not only did Walsall win the league but the draw was also enough for the Robins to win automatic promotion themselves. 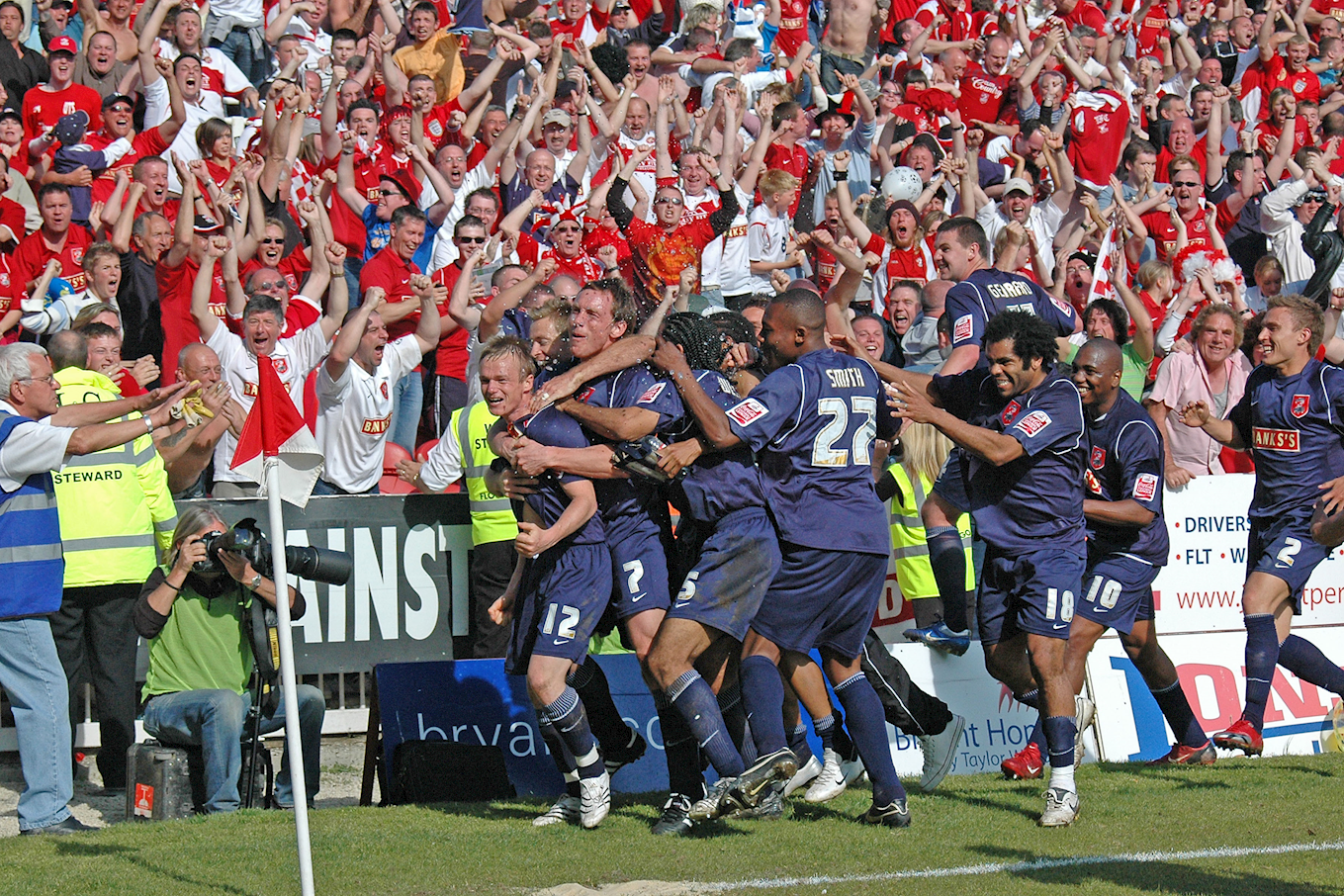 The result may not live long in the memory but there were still reasons to celebrate down at St Mary’s on the final day of the 2010/11 season.

The threat of relegation still loomed for Dean Smith’s side, who had one eye on events at London Road where Peterborough United played host to Dagenham & Redbridge.

The Saddlers were bottom of the table when Smith took over from Chris Hutchings in January 2011 but their destiny was in their own hands going into the final day.

Walsall found themselves 2-0 down when Guly Do Prado and David Connolly struck for the Saints.

Julian Gray pulled a goal back for the Saddlers when he curled in a beauty on the stroke of half time. 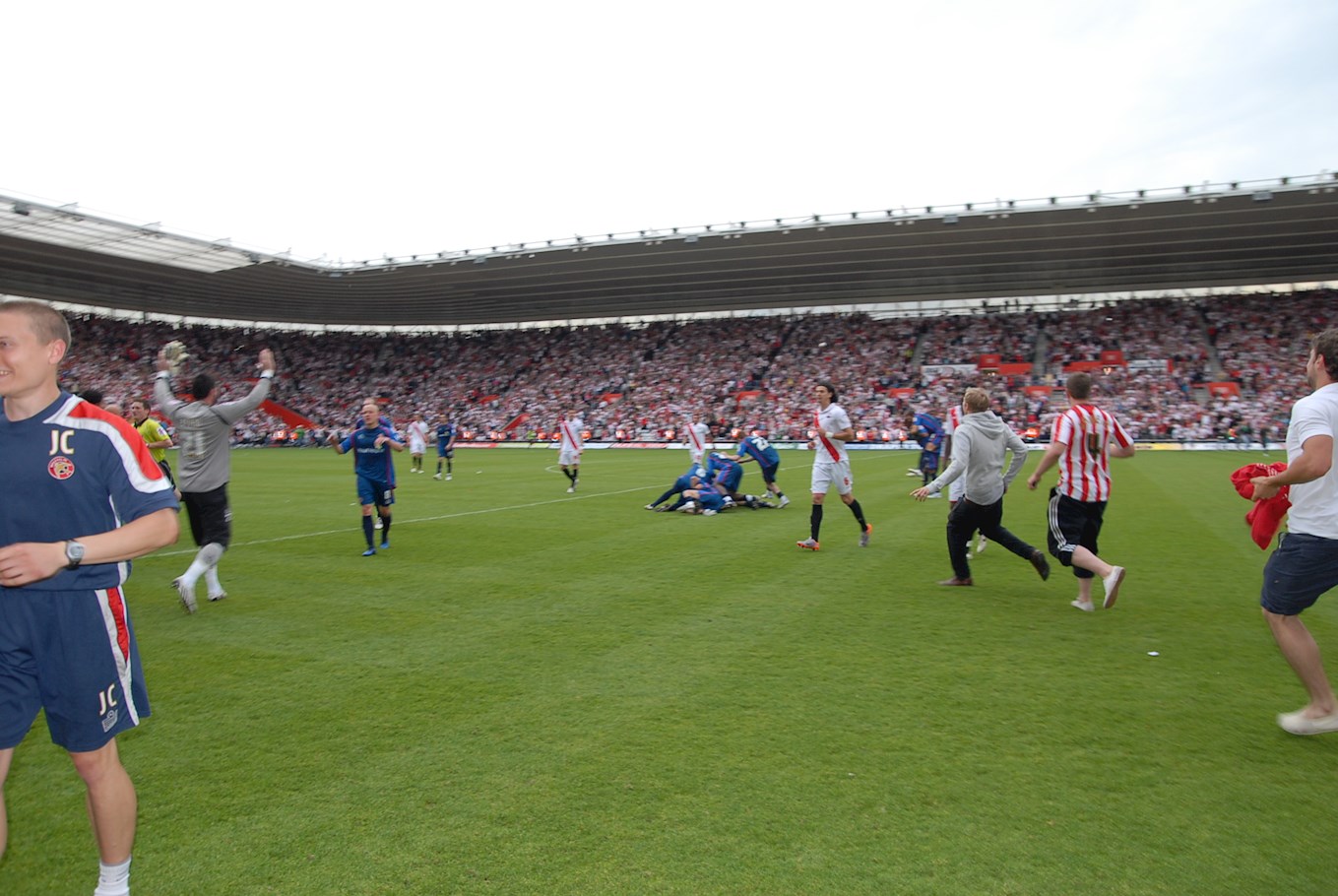 The visitors went in search of an equaliser and came close through Will Grigg who struck the woodwork with a left foot volley before Jon Macken had a goal ruled out for offside.

Southampton made sure of the victory though as Alex Oxlade-Chamberlain, now at Liverpool, beat Jimmy Walker with a terrific strike.

Victory clinched promotion for Southampton but the travelling Saddlers fans also had reason to celebrate as Dag & Red lost 5-0 at Peterborough which meant Smith’s men survived.

Brett Angell scored a second half hat-trick as the Saddlers signed off the 2000-01 league campaign in style.

Northampton applied pressure in the first half but Walsall stood firm and ran riot in the second half.

The first came when Angell headed in Zigor Aranalde’s free-kick before he completed his hat-trick with two goals within the space of a minute to take the game away from Northampton.

Walsall secured a fourth placed finish and went on to win promotion in the play-offs, beating Reading 3-2 in the final after extra time.