Walsall Football Club were been presented with a signed shirt from Aston Villa Women FC at Wednesday's pre-season friendly against the Villains at the Banks's Stadium.

Villa Women played their home matches in their first ever season in the WSL at the Banks's Stadium last season and will continue to do so this coming season with Leicester City visiting on the weekend of September 3-5th.

On receiving the shirt, Walsall Chief Operating Officer Daniel Mole said: "We have enjoyed having Aston Villa Women at the Banks's Stadium for their inaugral season in the WSL and we look forward to welcoming Carla and her team again this coming season." 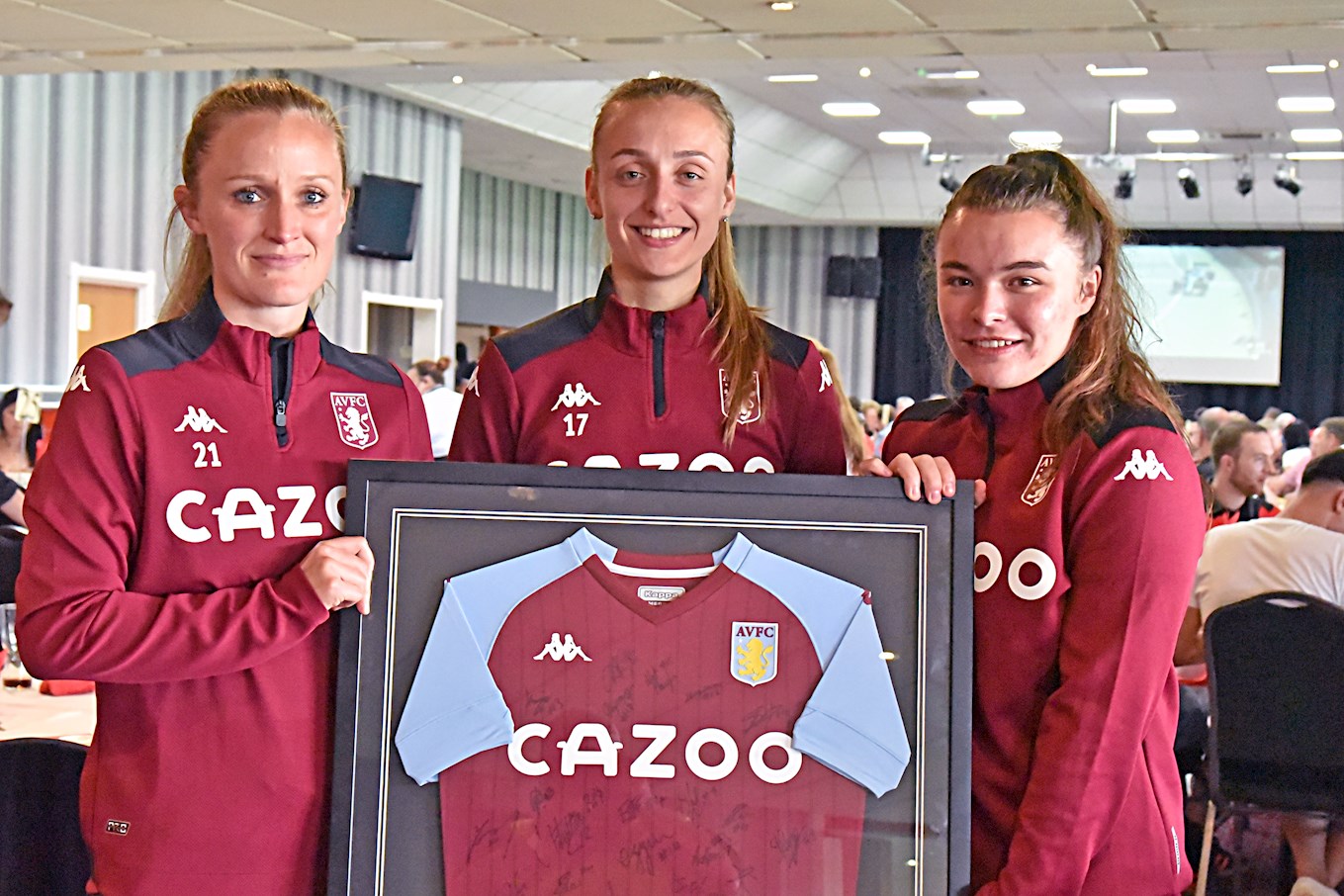 We would like to thank Aston Villa Women for this kind gesture and wish them all the best for the new campaign.