The Saddlers were forced to settle for a draw on the road as Josh Gordon’s first half goal was cancelled out in the second half by Morecambe striker Carlos Mendes Gomes.

In a game that looked likely to be plagued by the constant downpour of rain, it was Walsall who started the brighter of the two sides as Jack Nolan whipped in a corner from the left which Zak Jules met and the defender saw his header cleared off the line.

Moments after the chance that came on eight minutes, the home side had a good chance as Cole Stockton took the ball down well inside the area and his low shot came through a host of bodies but Liam Roberts got down well to save the effort.

Just after the half hour mark and the Saddlers produced the best chance of the half as Nolan slipped in Wes McDonald with a neat little pass with the outside of his right foot but McDonald sliced his shot and it went wide of the near post.

With eight minutes to go until half time, Walsall made their pressure count as great work from Elijah Adebayo allowed him a yard to flash a great ball across the six-yard box and at the second time of asking, Gordon was on hand to head the ball home.

Into the second half, the home side came out with the bit between their teeth as they looked to cause Walsall problems from the get go.

Just after the hour mark and there were a number of chances in the space of 30 seconds for the home side with Mendes Gomes going the closest with Roberts being forced into a top class save to keep the score at 1-0.

But with 10 minutes to go, the home side made their own pressure count as a curling ball in from the right was met by the head of Mendes Gomes and his planted header found the bottom corner.

With just minutes left to play, Morecambe thought they should have been awarded a penalty but referee Graham Sailsbury was having none of it, despite protests from everyone of a Morecambe persuasion.

In that process, the protests of Morecambe boss Derek Adams saw him shown a red card and the match ended as a draw. 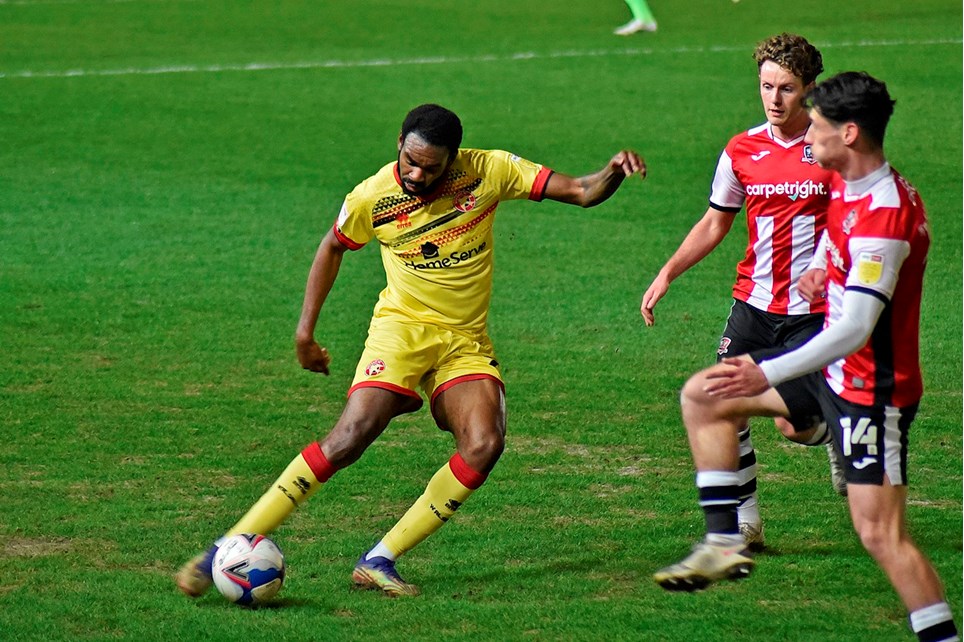