Walsall striker Jayden Reid says he’s settled in well and is prepared for the challenge ahead.

The 19-year-old joined the Saddlers on loan from Birmingham City during the January transfer window.

Reid is keen to help the team push on during the second half of the season and feels he’s settled in quickly to life at the Banks’s Stadium.

“The boys have helped me settle in well,” Reid said.

“I have spoke to the gaffer and his assistant and it has been really good.

“During the first week it has been all about meeting the standards and how you apply yourself and making sure you fit in. You’ve got to make sure you’re mixing in with the boys and that you’re working hard for the team.

“Coming in, you have got to be prepared for anything because that’s football at the end of the day.

“I’m looking to help the team win games first of all and I can do that by getting goals and assists. I hope that we can make the play-offs and continue to push as much as possible.

“The gaffer is looking to get the best possible player out of me that he can. He wants me to have an impact on the team and he is doing that by putting confidence in me and encouraging me. It’s good to know that they are backing me as a young player.” 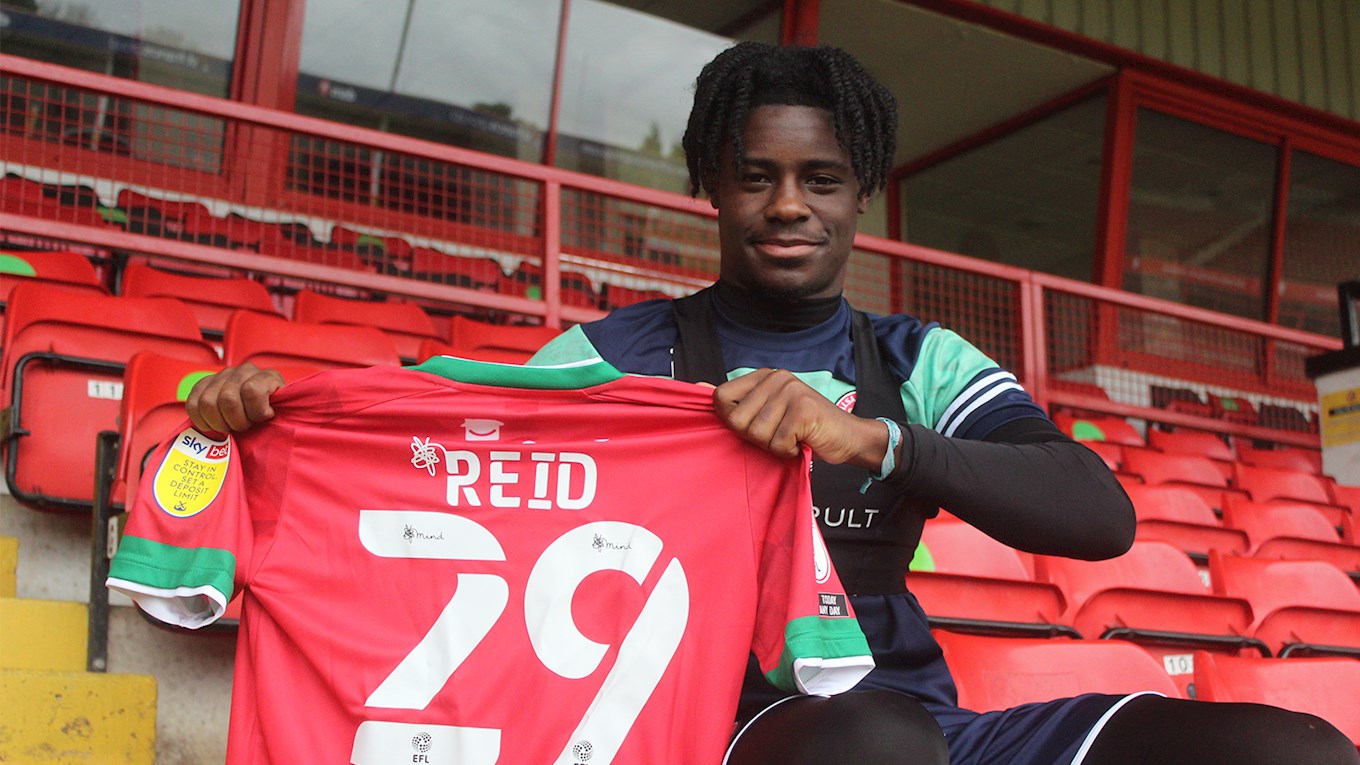 Reid described himself as an instinctive player but he revealed he has other attributes to his game that he’s confident he can bring to the table.

“I try to have as much confidence as possible in myself when I am out there on the pitch,” he explained.

“I’m quite direct, I like to beat people and get at them and hopefully I can add a couple of goals to my name now. I also like to add a bit of flair where I can as well.

“I always try to play off my instincts when I am out there on the pitch. Once you start doubting yourself you don’t play as well so I just make sure I go off my natural instincts and express myself as much as possible.”

Reid will be keen to be involved when the Saddlers take on Southend United at Roots Hall on Saturday.

Watch the game live on iFollow by purchasing a match pass here.