We take a closer look at tonight's opponents Colchester United in our Opposition Guide.

Hayden Mullins was appointed as permanent Head Coach of Colchester in May 2021.

He began his coaching career at Reading before moving to Watford in July 2016.

In December 2019, he had a spell as caretaker manager of the Hornets after Quique Sanchez Flores’ dismissal.

He was again placed in temporary charge at Vicarage Road with just two Premier League matches of the season remaining in July 2020 but he couldn’t prevent Watford from being relegated. 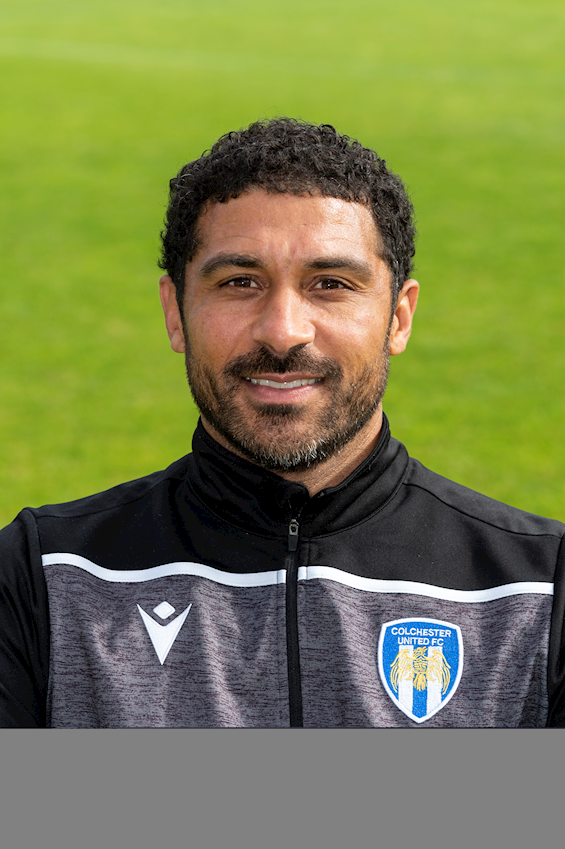 Mullins joined the U’s in September 2020 as assistant to Steve Ball.

Ball was later replaced by Wayne Brown during the season.

Brown left the club in March 2021 and Mullins took charge of their remaining games and kept Colchester in League Two.

He got the job on a permanent basis in the summer and their results so far have been somewhat indifferent.

Freddie Sears returned to the Colchester Community Stadium for a second (permanent) spell after a six-year stint at Ipswich Town.

He has settled back in excellently well and is Colchester’s top goalscorer this season with nine goals.

Six of those goals have come in his last 10 appearances so he’s certainly a man in good form.

Sears played 218 times for Ipswich (In the Championship and League One) and also has 36 Premier League appearances to his name for the Hammers.

Colchester’s form has been fairly inconsistent this season.

They have won just two of their last seven in all competitions.

In terms of league form though, they have lost just one of their last five in Sky Bet League Two, which included an impressive 3-1 victory over Exeter City.

Away from home, they have won two out of their nine league outings so far this season.

There is little to separate Walsall and Colchester historically.

Both clubs have 25 victories over each other, with 20 draws between the two teams.

Colchester are unbeaten in their last three against the Saddlers.

Walsall’s last victory over the U’s came in March 2016 – a 2-1 triumph at the Banks’s Stadium with late goals from Tom Bradshaw and Matt Preston securing a dramatic win. 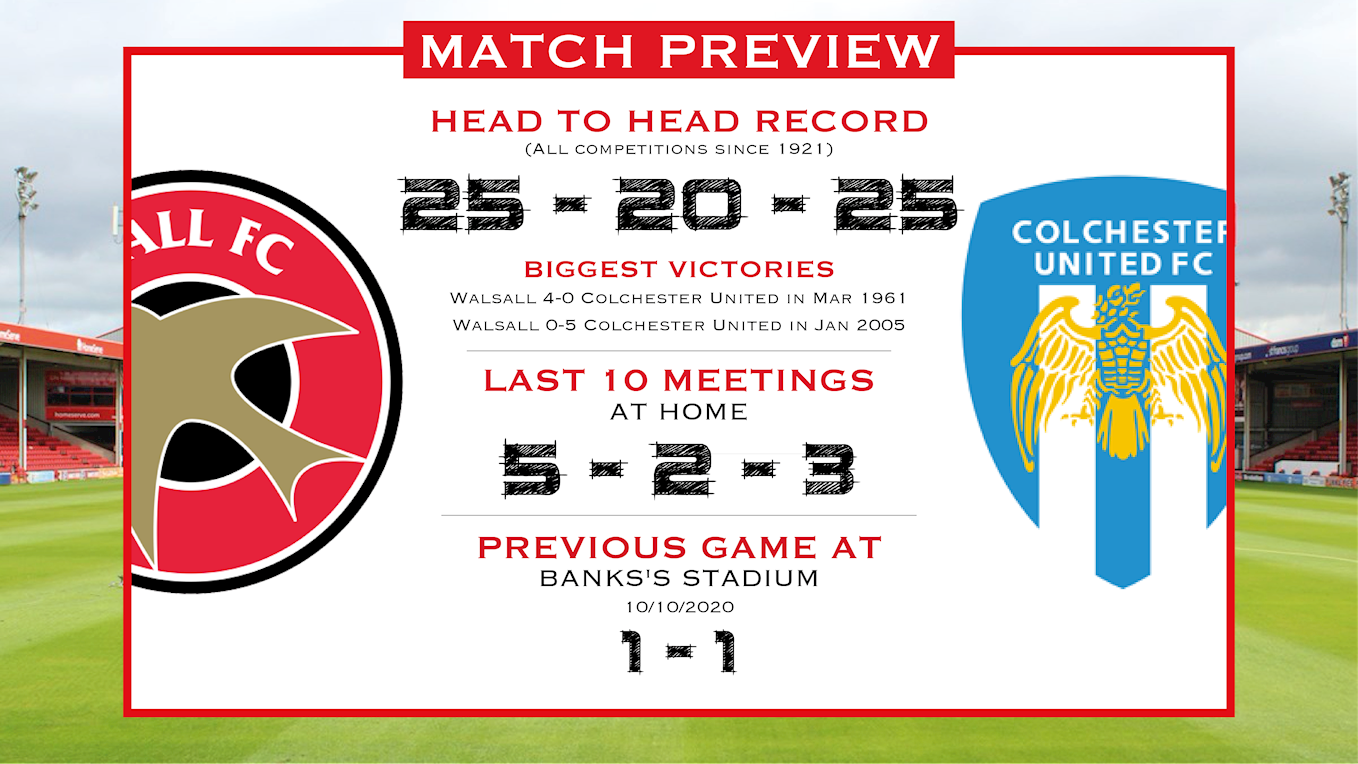 LAST TIME AT THE BANKS’S

Elijah Adebayo netted for the Saddlers who came from behind to earn a 1-1 draw in October 2020.

Midfielder Joe Edwards is one player to represented both clubs.

He played 45 times for the U’s in the 2015-16 season before moving to the Banks’s Stadium at the end of that season.

He spent three seasons in the Midlands and played 103 times for Walsall and scored 11 goals. 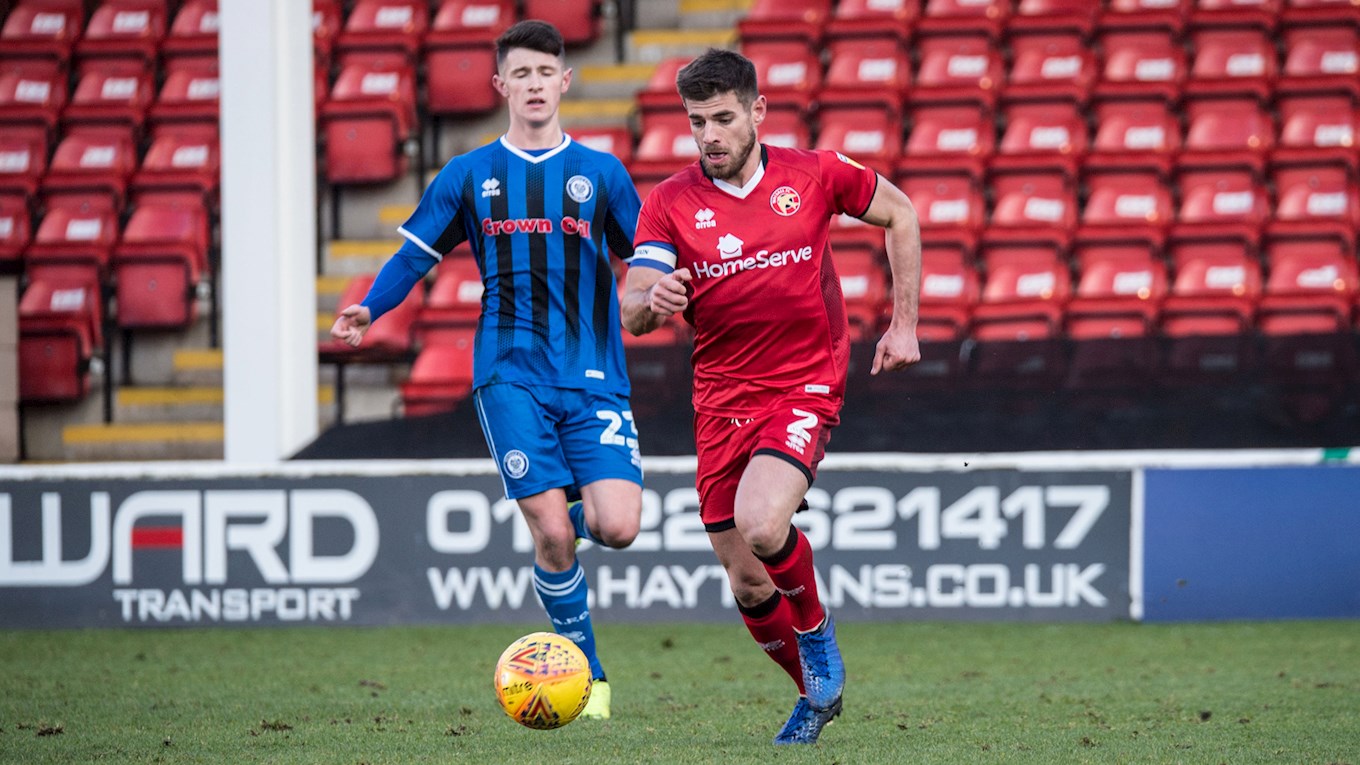