Walsall Head Coach Matt Taylor says the players are champing at the bit to get back into league action on Saturday.

The Saddlers host Stevenage on Saturday and will be looking to bounce back from last weekend’s disappointing defeat to Hartlepool United.

“It’s a game against an opposition who have a very clear identity,” Taylor said.

“It will be great for us to be back at home in front of our fans. The players are desperate for the game to come and that’s a good thing as a coach.

“When you look around, the players are really focused. I’ve said to them that they’ve got to go and perform for first and foremost themselves, but secondly for their loyal supporters and the fans that are going to be there at the Banks’s Stadium.”

With no midweek match this week, the Saddlers have been able to get a solid week of training under their belts and Taylor feels it will be beneficial for the team.

“It has helped us and given the opportunity for some of the players to integrate back in with the group but more importantly it’s given us time on the training pitch and time at the training ground,” he explained.

“I’ve spoken about it previously that there is a lot of work that can be done in the analysis room and we’ve done that.

“Then we’re just trying to make sure the players go and deliver the performances during the training sessions because there’s no magic potion.

“They have to make sure that each and every day that they perform well, bring 100 per cent effort and if they do that then when the games come around, they’re in the right frame of mind to go and perform and that’s what we need the players to do now.”

Tickets for tomorrow’s game are still available. Call the Ticket Office on 01922 651 416 or click here to buy online. 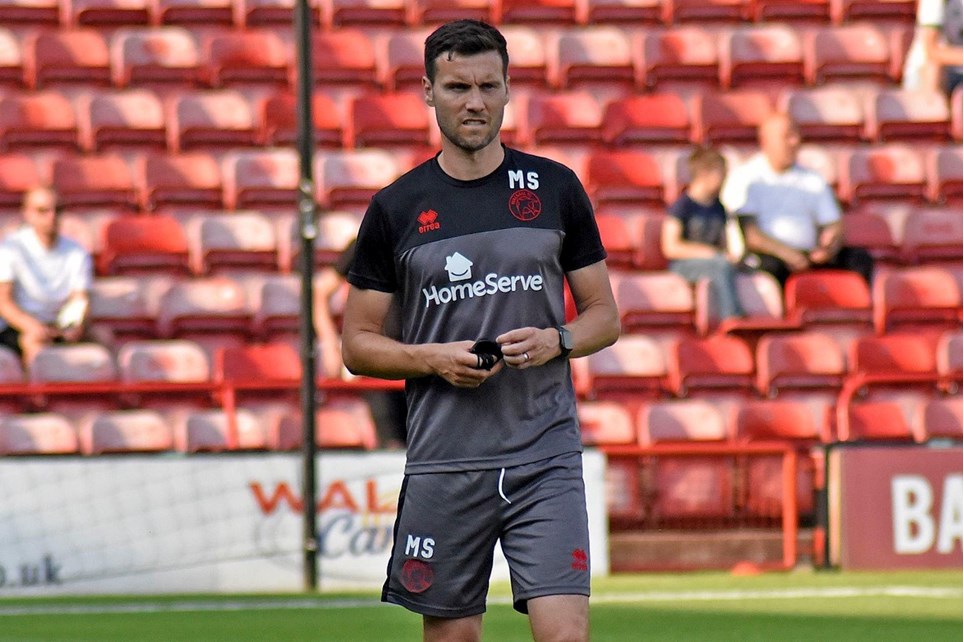