Walsall kickstart the Sky Bet League Two campaign with a trip to Tranmere Rovers on Saturday.

Tranmere also had a change of management in the summer as Micky Mellon returned to Birkenhead.

Here is everything you need to know about tomorrow’s opposition.

Mellon enjoyed success at Prenton Park in his first spell. He guided the Super White Army back into the EFL with victory over Boreham Wood in the 2018 National League Play-Off final.

A year later, he delivered another promotion as Tranmere beat Newport County 1-0 in the Sky Bet League Two Play-off final in 2019.

Tranmere were controversially relegated from Sky Bet League One in 2020 via the points per game calculation after the season was curtailed due to the Covid-19 pandemic.

In July 2020, Mellon moved to Dundee United and guided them to ninth in the Scottish Premiership.

One to watch: Callum McManaman

The 30-year-old brings Premier League experience having played for Wigan Athletic and West Bromwich Albion in the top flight.

He scored three goals during Wigan’s 2013 FA Cup winning run in his breakthrough season at the DW Stadium.

He joined the Baggies in January 2015 and played 20 league games at the Hawthorns.

The winger had further spells in the Championship with Sheffield Wednesday, Sunderland and a second stint at Wigan before moving to Australia in 2020.

He hasn’t played lower than the Championship in English Football before and Mellon revealed how much work Tranmere put in to sign him.

“We have worked very hard to sign Callum and it has been a long pursuit. He has wanted to come here right from the start but it is not as easy as that to make it happen, we have had to do all of the necessaries to make sure the move happened.

“To get the type of quality that Callum possess into the building shows the intent of the football club and where we want to be.”

Following relegation from League One, Mike Jackson’s side got off to a poor start and were 18th at the end of October which resulted in Jackson’s dismissal.

Keith Hill tookover and the Super White Army began to climb the table and found themselves in the play-off positions by the end of January.

That’s where they stayed until the end of the season but a run of just two wins in their last 11 league games saw Hill lose his job.

They went on to lose 3-2 to Morecambe on aggregate in the play-off semi-final.

The two teams last met back in April and the Saddlers came out on top with a 1-0 victory at the Banks’s Stadium thanks to Emmanuel Osadebe’s outstanding strike.

In the last encounter at Prenton Park in December 2020, Walsall ran out comfortable 3-1 winners as goals from Elijah Adebayo, a screamer from Wes McDonald and a Dan Scarr header saw Darrell Clarke’s side end Tranmere’s five game winning run.

It was the only match the Saddlers played in front of a crowd during the 2020/21 season with 2,000 Tranmere fans in attendance.

The two sides have met a total of 75 times with the first coming back in September 1921.

Walsall have won 35 while Tranmere have come out on top 25. There have also been 15 draws between the two teams.

The Saddlers haven’t tasted defeat against Tranmere since April 2012.

There are plenty of players who have represented both clubs who could be involved tomorrow.

Rovers have three former Saddlers in their current squad. Kieron Morris played 171 times for Walsall while Corey Blackett-Taylor and goalkeeper Joe Murphy both enjoyed loan spells at the Banks’s Stadium. 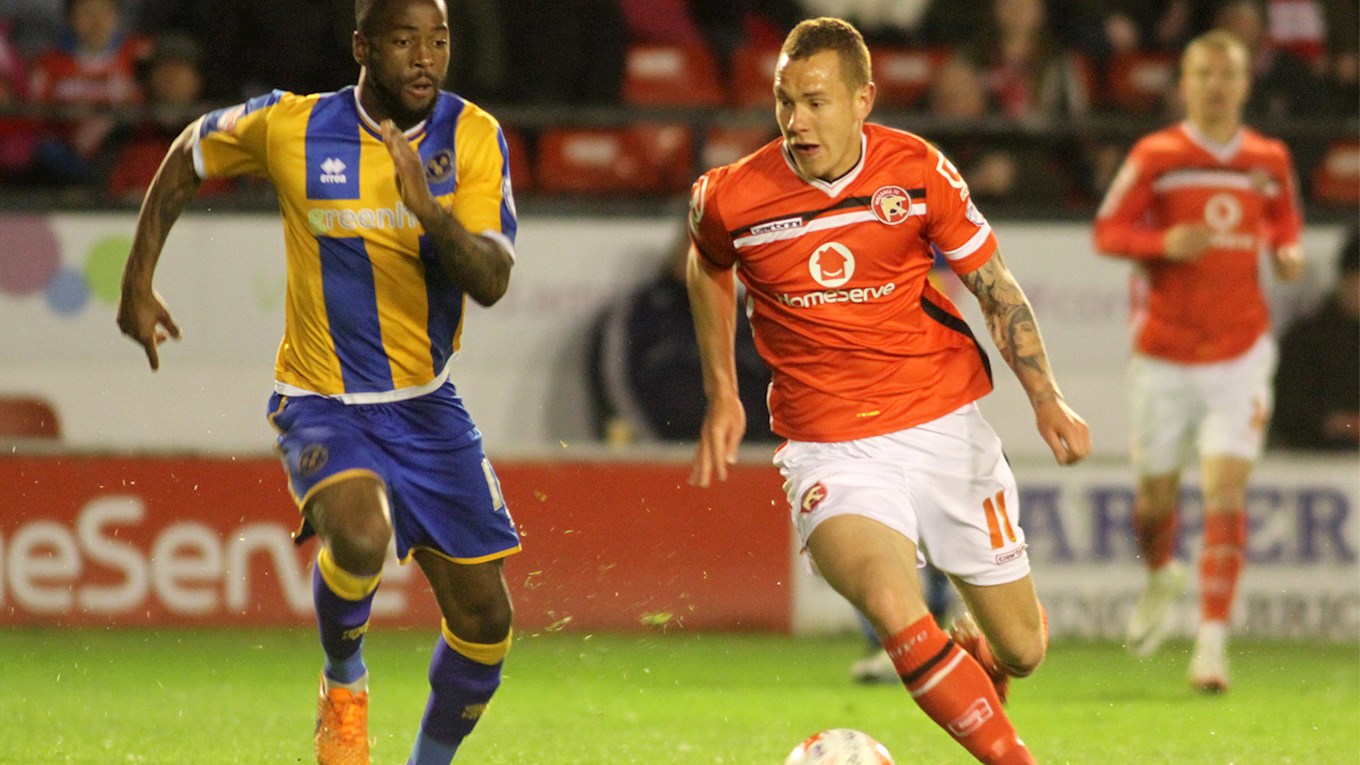 Defender Manny Monthé made the switch from Prenton Park earlier in the summer while Ash Taylor made over 200 appearances for the club.

Elsewhere, Joss Labadie had a two-year spell at Tranmere between 2010 and 2012.

Other players to represent both clubs include Morgan Ferrier, Andy Cook and defender Andy Taylor.