Walsall Football Club are delighted to announce the appointment of Jamie Fullarton who will join the Board of Directors as Technical Director (Director of Football).

Fullarton will provide strategic direction, oversight and management of the Football Department – First-Team and Academy and help realise the Board’s footballing philosophy.

He will also head up the recruitment of key personnel in conjunction with the Board of Directors.

His most recent role was at Crystal Palace where he worked as Head of Emerging Talent since October 2019.

At Palace, the 46-year-old was responsible for co-ordinating and managing all emerging talent coverage of all major European and domestic leagues for players aged 17–22 years old.

The Scotsman also made recommendations to the Sporting Director of a short list of transfer targets based on evidence gathered and team requirements and objectives set by the club, with the likes of Eberechi Eze and Nathan Ferguson being signed during his time at the club.

Fullarton has also worked as a manager and as a coach. His most recent managerial role came at FC Halifax Town where he guided the club to a mid-table finish in 2018 despite being in the relegation zone when he took over. He also oversaw the club’s transition from part time to full time and secured another mid-table finish in 2018-19 with limited resources.

He had a short spell as manager of Notts County in 2016.

Fullarton has vast experience and success as a coach at U23 Level, most notably at Bolton Wanderers, Nottingham Forest and Crystal Palace where he helped develop the likes of Rob Holding, Oliver Burke and Matty Cash who have all gone on to play in the Premier League.

He is the founder and director of Costa Unida CF, a football academy in Spain set up 15 years ago with over 300 multi-national players aged 5-19.

During his 14-year playing career which was ended prematurely due to injury, he represented the likes of St Mirren, SC Bastia, Crystal Palace, Bolton Wanderers, Dundee United and Brentford.

Fullarton is delighted to have joined Walsall and is looking forward to the challenge.

“I am thoroughly delighted to be a part of the club moving forward in what is the Technical Director’s role, a role that is becoming very popular and essential for football clubs,” he said.

“I think first and foremost the role is to create continuity and consistency for the club within an industry that is very volatile.

“Ultimately, I am there to provide support for the Head Coach in all aspects, in whatever shape or form, to help him and the team be successful short term, every Saturday, whilst helping the club build an infrastructure that enables continued success and provides alignment throughout the football department.

“I am excited by the opportunity and really looking forward to working with everyone involved at the football club, to fulfil the potential this football club clearly has.”

Fullarton will start immediately and will attend tonight’s game against Tranmere Rovers. 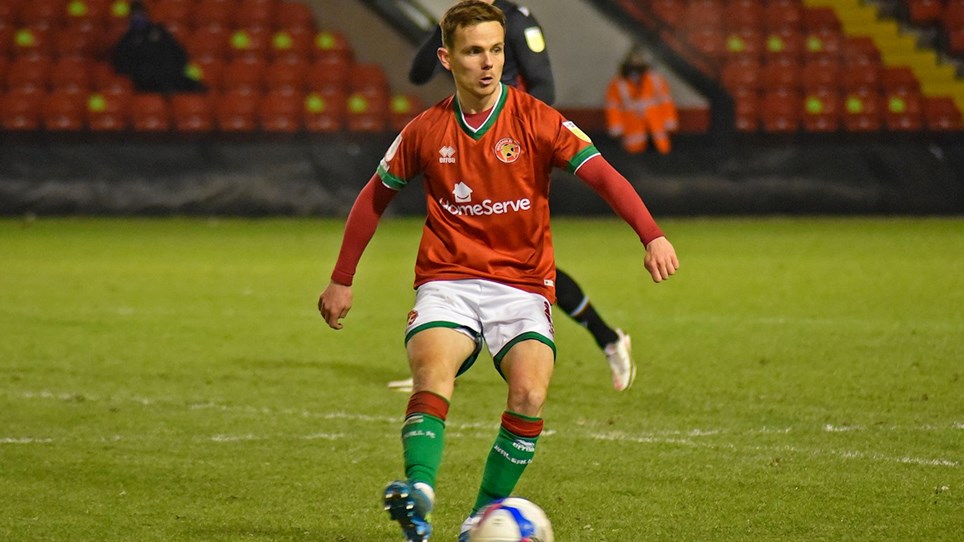