Scottish footballer John (Jack) Love played for, and briefly managed, Walsall from 1955 to 1957. He played in 40 games and scored 10 goals.

At the end of 1944 he had answered a call for volunteers to join the depleted Glider Pilot Regiment (GPR). He was sent to Glider Training School at Shobdon, Herefordshire:

…and then to [Heavy Glider Conversion Unit] Seighford, where I flew Horsas [the primary transport glider of the GPR]. This was followed by a week’s intensive military training at Bridgnorth. I was then posted to C Squadron at Tarrant Rushton.

The glider flown by the squadron was the Hamilcar:

My first impression was, ‘My Gawd, what a size!’ However, after a spell at the controls, I was amazed at how easy it was to fly. After half a dozen tows, I went up with my co-pilot, Sergeant Bill McEwan, a fellow Scot and another volunteer from the RAF. 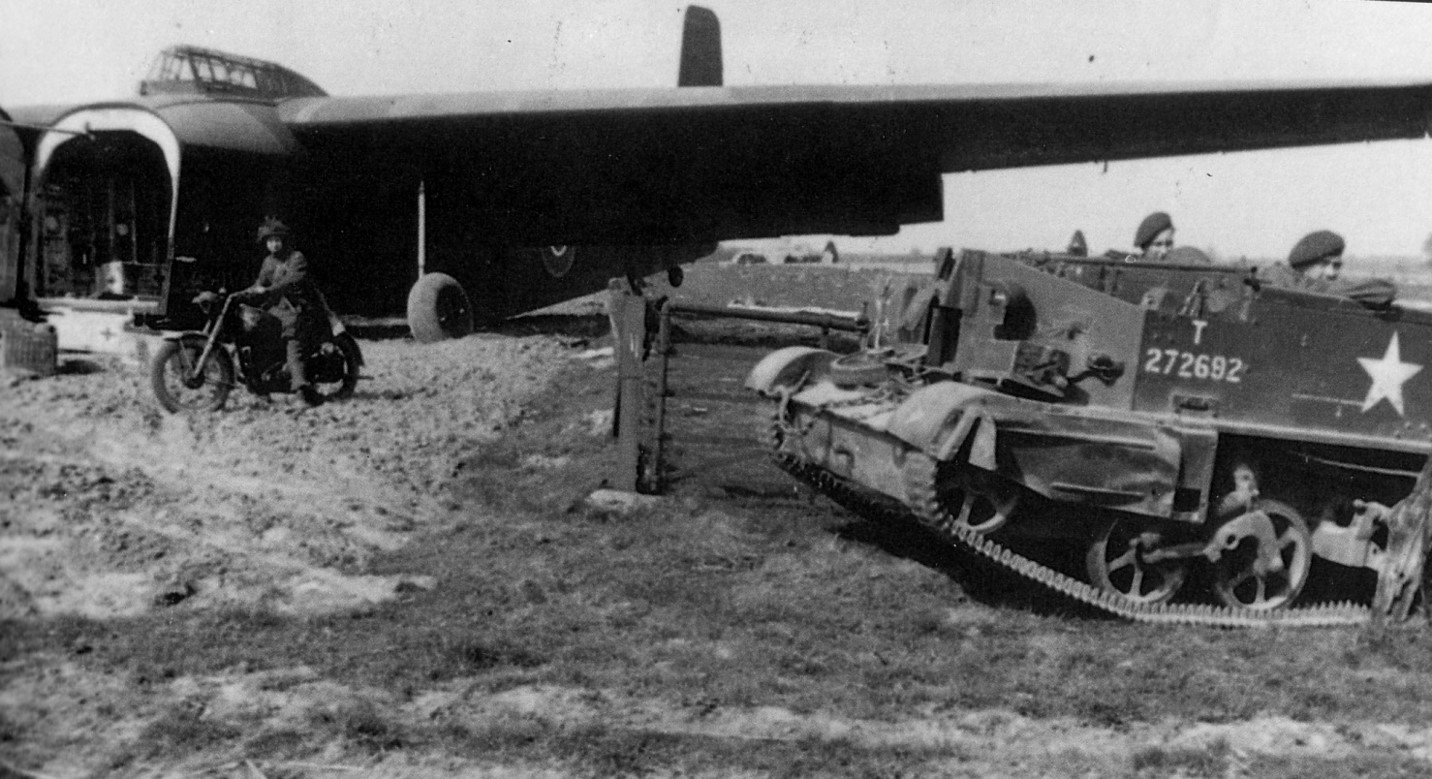 On 24th March, the Hamilcar of Love and McEwan took off from RAF Woodbridge in Suffolk carrying a Bren Carrier and crew. Things had been great during the flight but:

As Burns would say, “The best laid schemes of mice and men gang aft agley,” and so it proved, for when we reached the point where we released from the tug [a Halifax bomber] we found ourselves flying through pretty heavy anti-aircraft fire. We were hit several times, and I was hit by shrapnel in the legs.

The glider came down hard causing the carrier to be torn from its moorings and shoot through the front of the glider. Lieutenant Starkey, who was wearing a pair of earphones attached to the glider’s intercom system, nearly had his ear torn off.

The soldiers and McEwan gathered in a ditch but Jack Love’s foot was trapped by the control pedals:

Some Germans opened with a machine gun and somehow I got my foot out without my boot and was in the ditch in five seconds flat. We were rescued by Americans from the 17th [Airborne] Division. Lieutenant Starkey and I were taken to a First Aid station.

Jack Love spent some time in hospital but, thankfully, he was able to fulfil his dream of becoming a professional footballer, serving several clubs over a thirteen-year period. He died in his native Scotland in 2007 aged 83.