Wes McDonald has expressed his delight after scoring his goal of the season contender against Crawley Town, and insists his strike was better than James Clarke’s earlier in the season.

McDonald’s sensational goal with two minutes to go completed a fine turnaround to make it back-to-back home league wins for the Saddlers.

The 22-year-old was delighted to see his hard work on finishing pay off on the pitch and when quizzed on whose wonder strike was better between his and Clarke’s, he had no doubts that his goal had the edge.

“Clarkey’s one was quality but just before my strike I had to beat three players so I’ve got to go with my one,” he declared.

“I was delighted with the goal, I aimed for that corner and I was delighted when it dipped in. I’ve been working on that in training, all types of finishes from wide areas from that angle.” 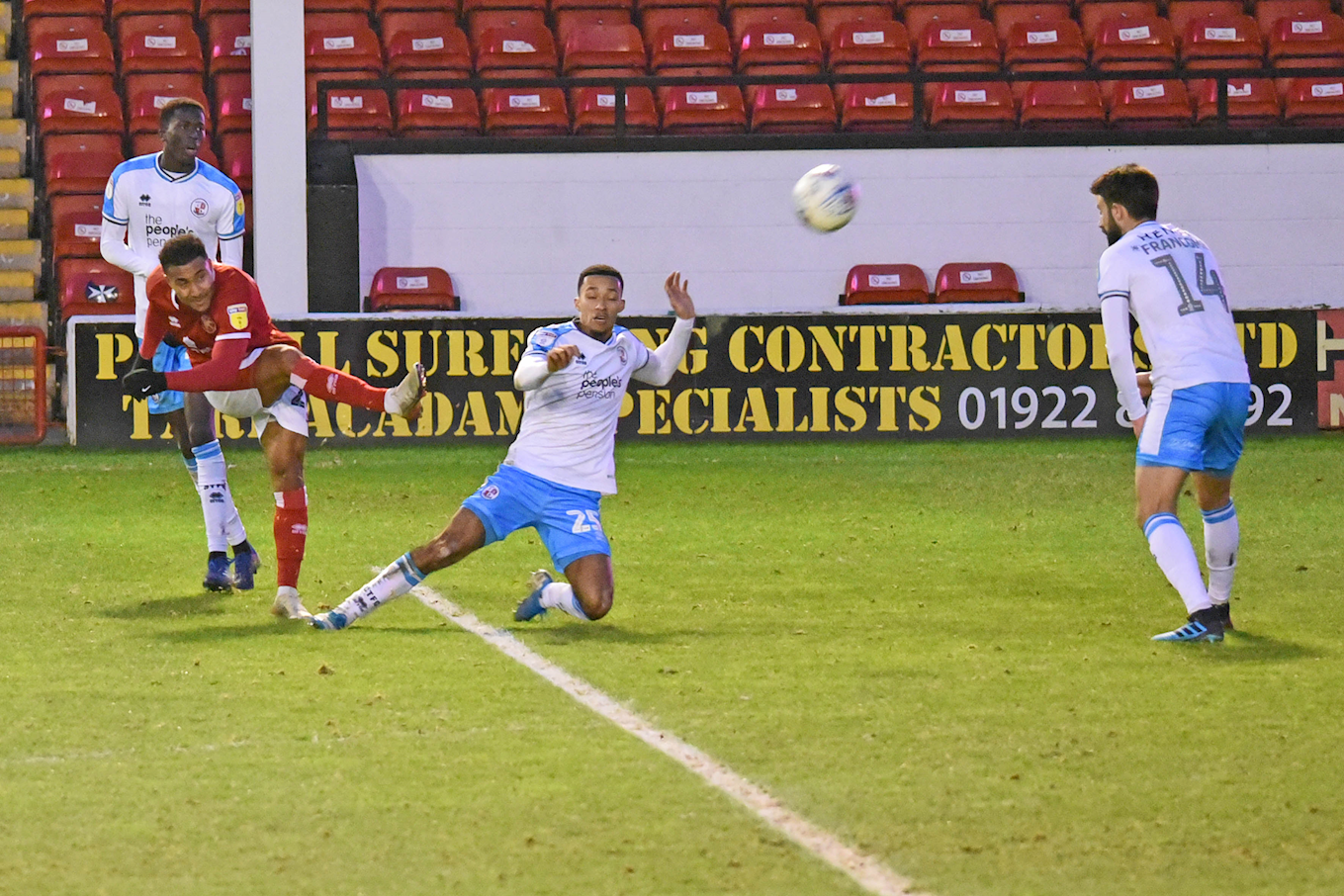 The winger has also revealed that he’s been working closely with Assistant Coach Marcus Stewart who has helped him improve his finishing.

“He’s had a big influence; he’s always giving me different type of finishes and different kind of options around the box and he works a lot with me in training so I’m trying to take in everything he says.”

McDonald has had a brilliant start to 2020 having signed a new contract, won two 'Megnuts of the Week' awards from Soccer AM and his winner against the Red Devils.

He was keen to thank the Saddlers fans for the support he and the team has received this season and revealed he's received plenty of encouragement during his time at the Banks's Stadium.

“The fans are tremendous," he added. "Every away game they come in numbers so I’m really thankful for their support and their encouragement to the squad."