Walsall winger Wes McDonald is the Sky Bet League Two Goal of the Month winner for January, receiving 44% of the public vote.

With time running out, Walsall needed a hero. Step forward, McDonald, jinking in from the touchline with the ball tied to his feet to deliver a searing, looping winner in off the crossbar.

McDonald said: “I’m delighted to win the award and I’m thankful to everyone who voted for me, it’s a great feeling.

“I’ve been delighted with how it’s gone. I extended my stay here and I feel at home.

“I’ve been working on getting as many goals and assists as I possible so hopefully, I can get to the 10-goal mark.

“I’m enjoying my football and I want to crack on and continue getting points.” 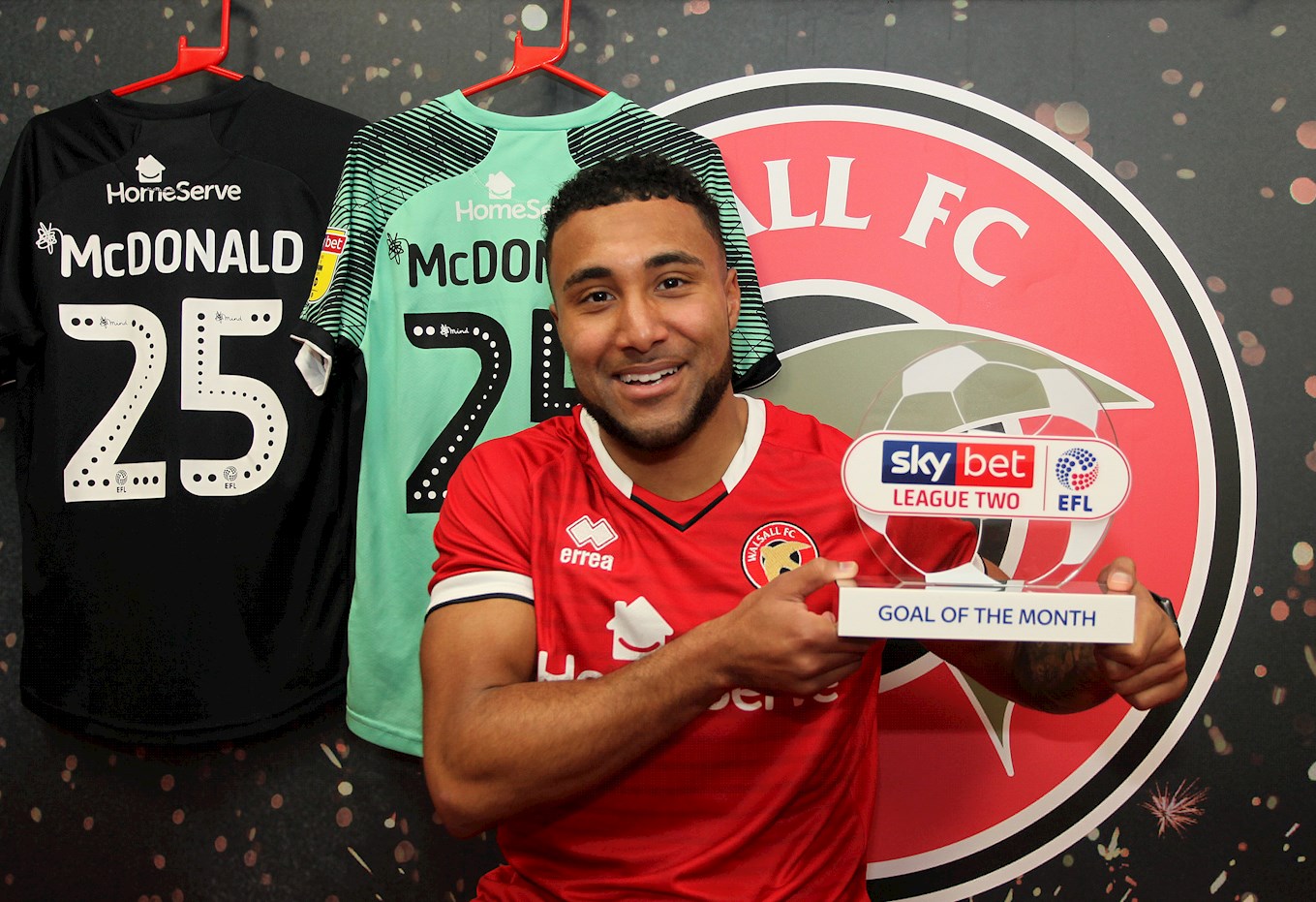 Lead Sky Bet EFL Goal of the Month judge and Sky Sports Pundit Don Goodman said: “With the game appearing to be petering out to a 1-1 draw, McDonald took matters into his own hands.

“As he received the ball on the touchline level with the 18 yard box, Crawley must have felt fairly safe but moments later after bamboozling several defenders with dazzling footwork, he manipulated the space to curl the most magnificent shot beyond the goalkeeper, crashing in off the underside of the bar, just for more dramatic effect. Truly outstanding.”