The Lionesses, both of whom have been named in the England squad for the World Cup in France this summer, met girls at the session as well as taking part in some activities.

The Wildcats sessions take place weekly at the University of Wolverhampton’s Walsall Campus, from 5-6pm on Tuesdays.

Striker Ellen White said: “It’s been really lovely to see so many girls joining in. There are so many more getting involved and running around with a smile on their face.

“That’s what you really want from these sessions – for them to have fun, enjoy it and go home wanting to come back again.”

Birmingham City teammate Lucy Staniforth has been called up for her first major tournament this summer, and the pair could feature in a warm-up match against Denmark at the Banks’s Stadium on 25th May

She said: “The opportunity for them here is fantastic. There is no pressure, they can just get involved and have a laugh with football - I don’t think there was that when I was younger.”

Charlotte Brown is the Female Football Development Officer at Walsall FCCP and leads the weekly sessions for 5-11 year-old girls.

She added: “It’s been really good having the England players come to the Wildcats session today, especially when they have got a busy summer ahead in France for the World Cup.”

“Wildcats is a scheme by the FA where they want to increase the number of girls playing football, and I think having the England players come down will inspire them to do exactly that.

“We’re trying to increase the amount of girls playing football in the Walsall area. Numbers are increasing already, so hopefully that continues.

Wildcats sessions take place on Tuesday evenings, 5-6pm at the University of Wolverhampton, Walsall Campus (WS1 3BE) for 5-11 year-old girls.

Is your daughter interested? Email Charlotte on ffd@walsallfc.co.uk for more information or to register. 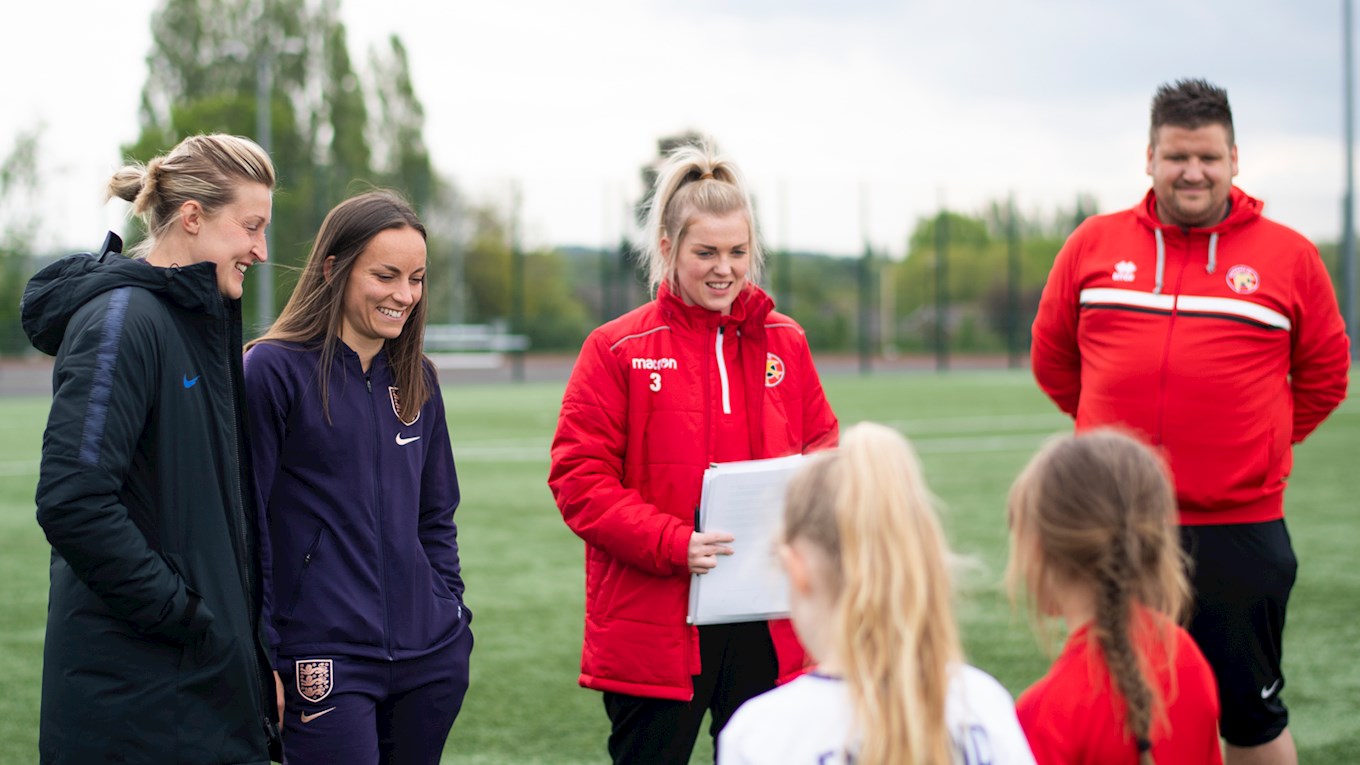