Saddlers defender Luke Leahy presented young fan Oliver Gilbert with a signed programme after he was struck in the face by a clearance against Fleetwood.

Late in the first half, a deflected clearance unfortunately struck Oliver in the face in the Community Stand and Luke was visibly keen to make sure he was OK.

“When I saw the ball hit him in the face, I automatically wanted to make sure he was OK,” said Leahy.

“I spoke to community and made sure he stayed in place at half-time so I could give him a little gift to say sorry to him for what had happened.

“I’m hoping that the signed programme I gave him and the three points made the day a little bit better for him.”

Oliver’s mum, Faye Gilbert, took to social media to confirm he was OK.

“Ollie’s good,” said Faye. “He really appreciated Luke checking he was OK. It’s great when players connect with the fans and it shows a lot about his character.

“Thanks to St John’s ambulance and all the community staff who couldn’t do enough to make sure he was OK. 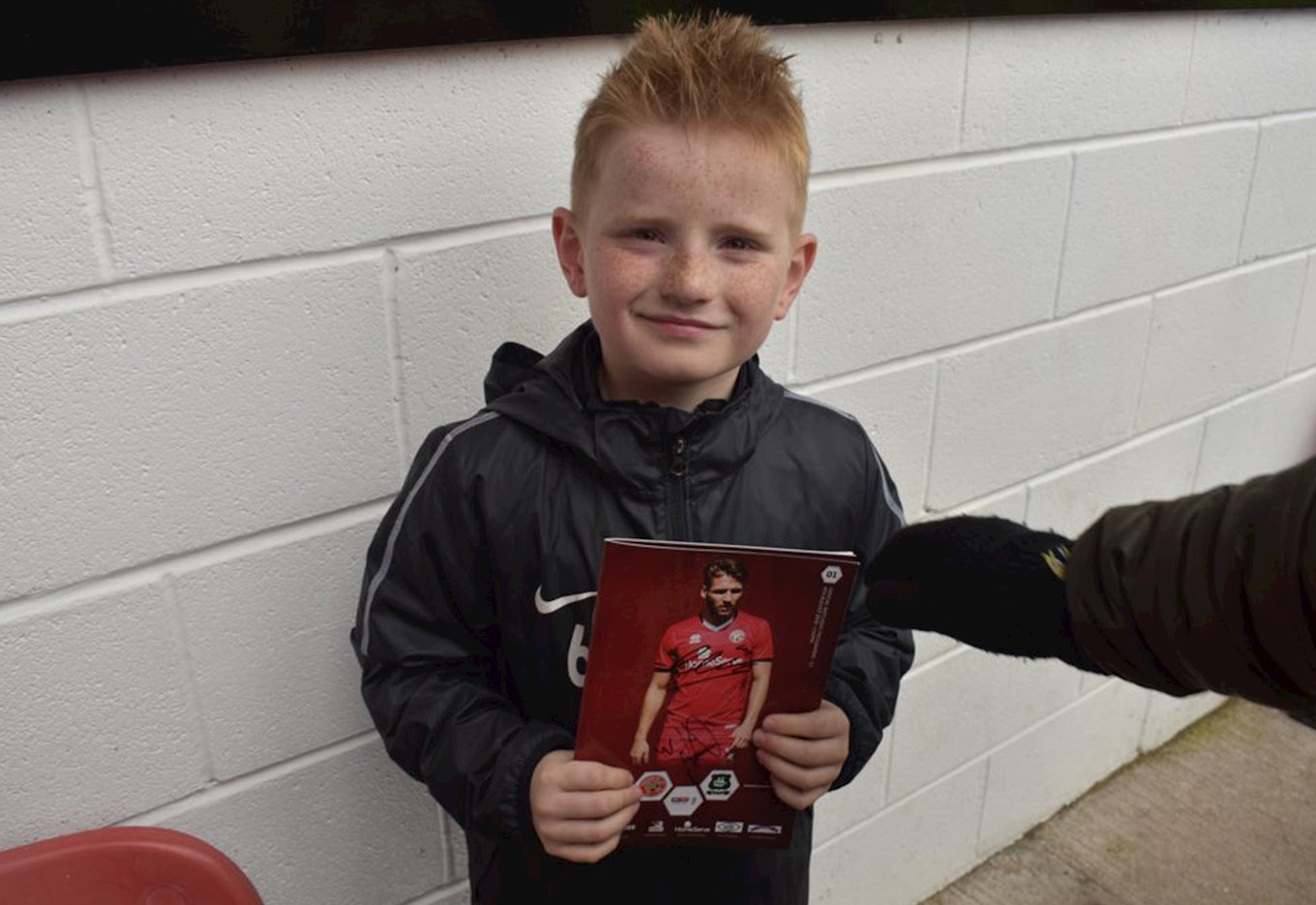