We are taking a look at each of the 23 stadiums we will be visiting. Here's part one...

With an all-seater capacity of 25,136, Valley Parade is comfortably the largest ground in League Two. It is noticeably lopsided, with one half of the stadium considerably larger than the other. Walsall fans may still be having nightmares from recent visits, after two 4-0 thrashings in the last four seasons. 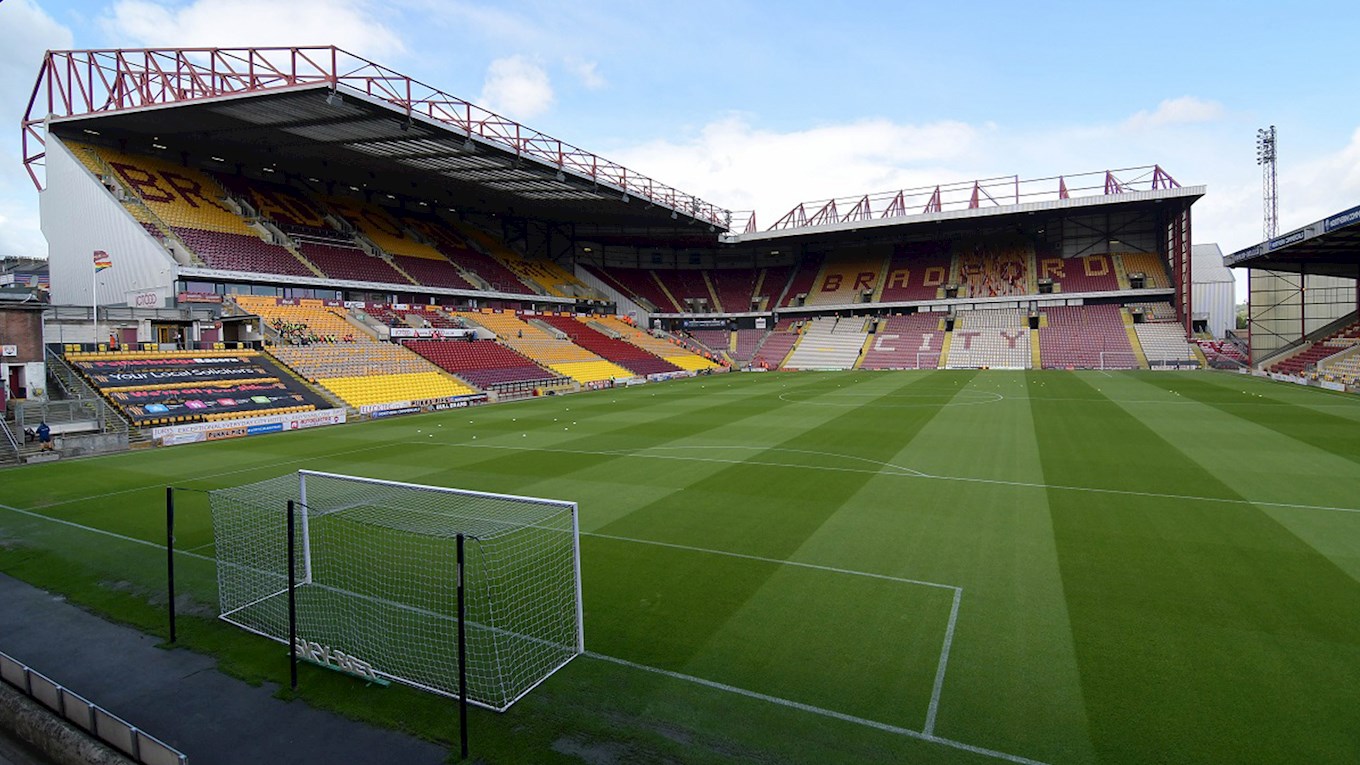 It is 18 years since the Saddlers last played at Cambridge, when Jorge Leitao’s first-half goal secured a 1-0 victory in Division Two. A traditional-looking ground with four towering floodlight pylons and terracing on two sides, the 8,127-capacity Abbey Stadium has been United’s home since 1932. 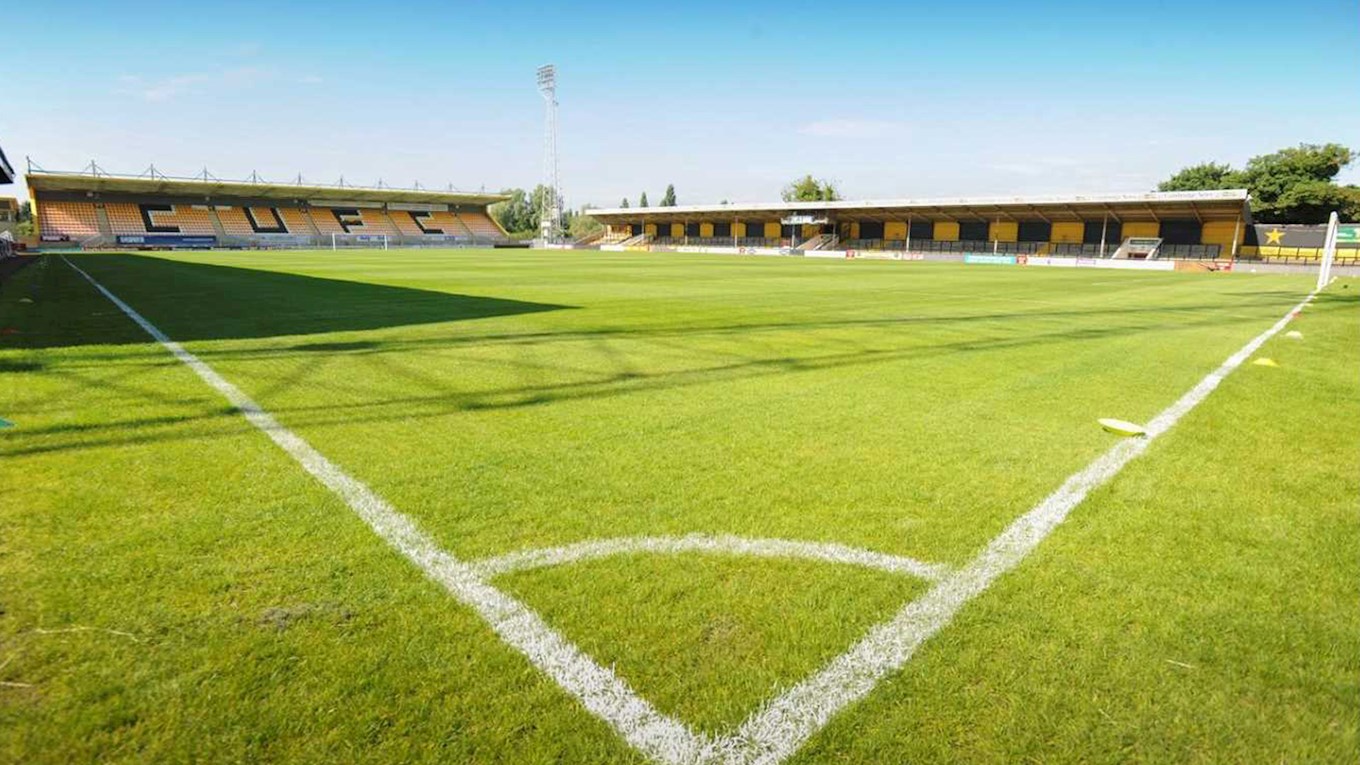 Notable for its off-centre East Stand, built in 1996 with a view to relocating the pitch 20 metres north, Brunton Park will be our second-longest away trip. We are unbeaten in six visits to the quaint 17,949-capacity venue, which has a unique triple triangle roof above the Warwick Road End terrace. 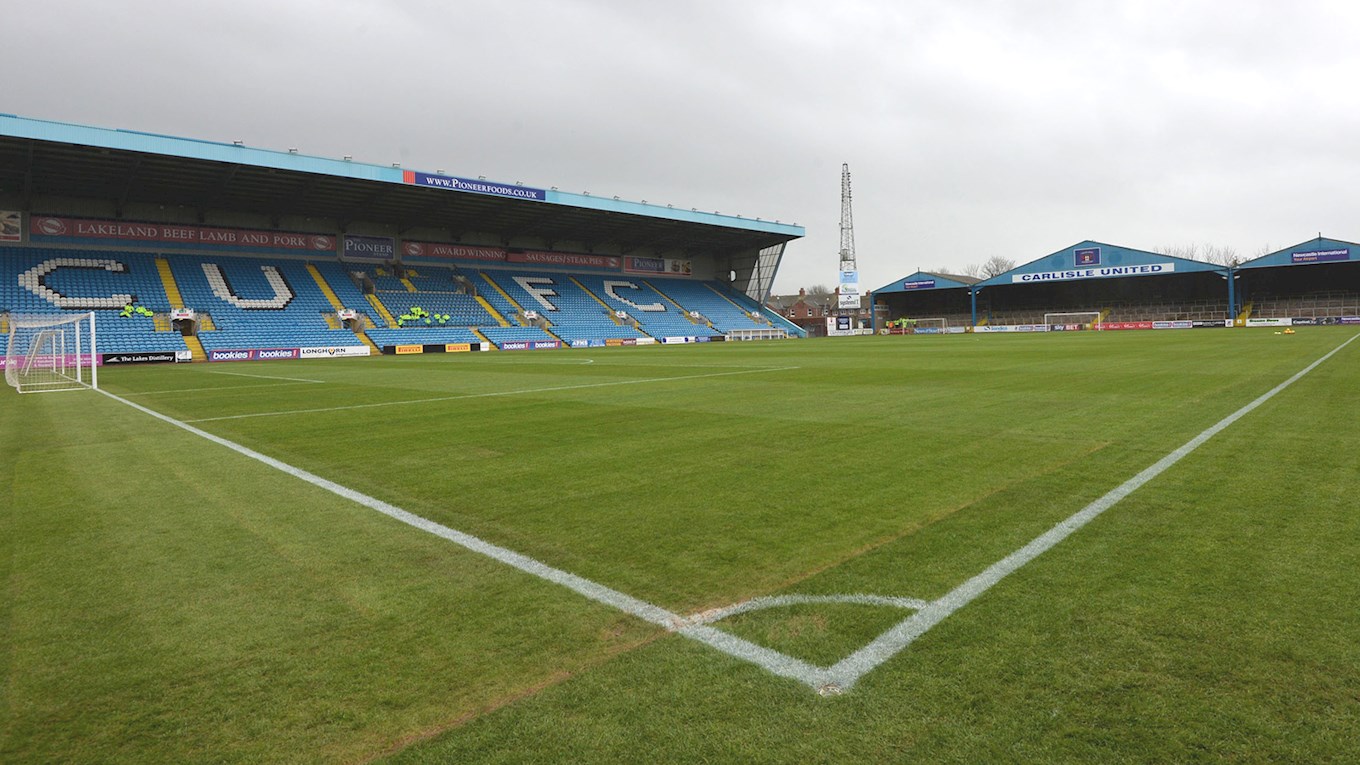 We are yet to lose a competitive match against the Robins, whom we beat last summer in a friendly. The Jonny-Rocks Stadium, traditionally known as Whaddon Road, has two modern seated stands, a home terrace and an old-fashioned Main Stand with a raised seating deck and standing paddock. 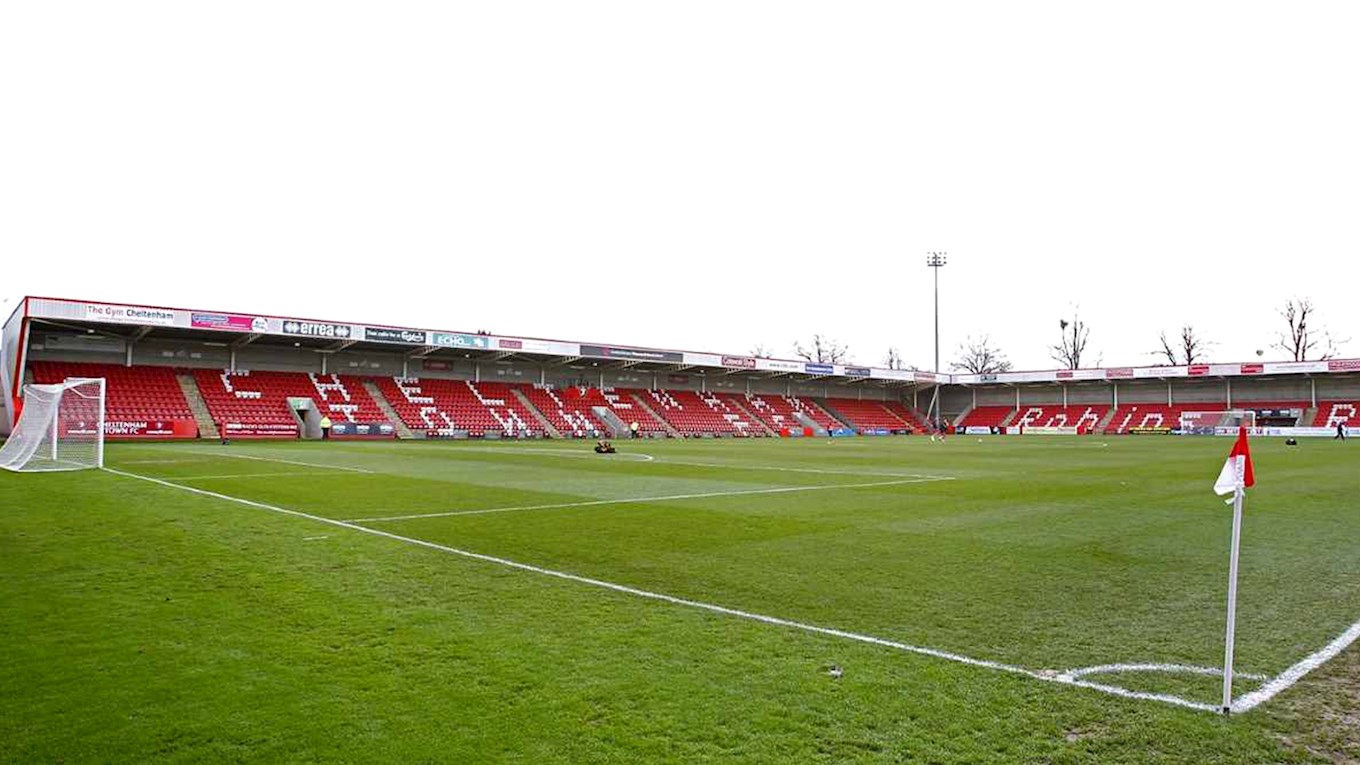 It will be difficult to match the drama of our last match at Colchester, when eight goals were shared back in 2015. Opened in 2008, the 10,105-capacity Colchester (JobServe) Community Stadium is a fairly simple, modern affair with four separate seated stands, akin to Shrewsbury’s New Meadow. 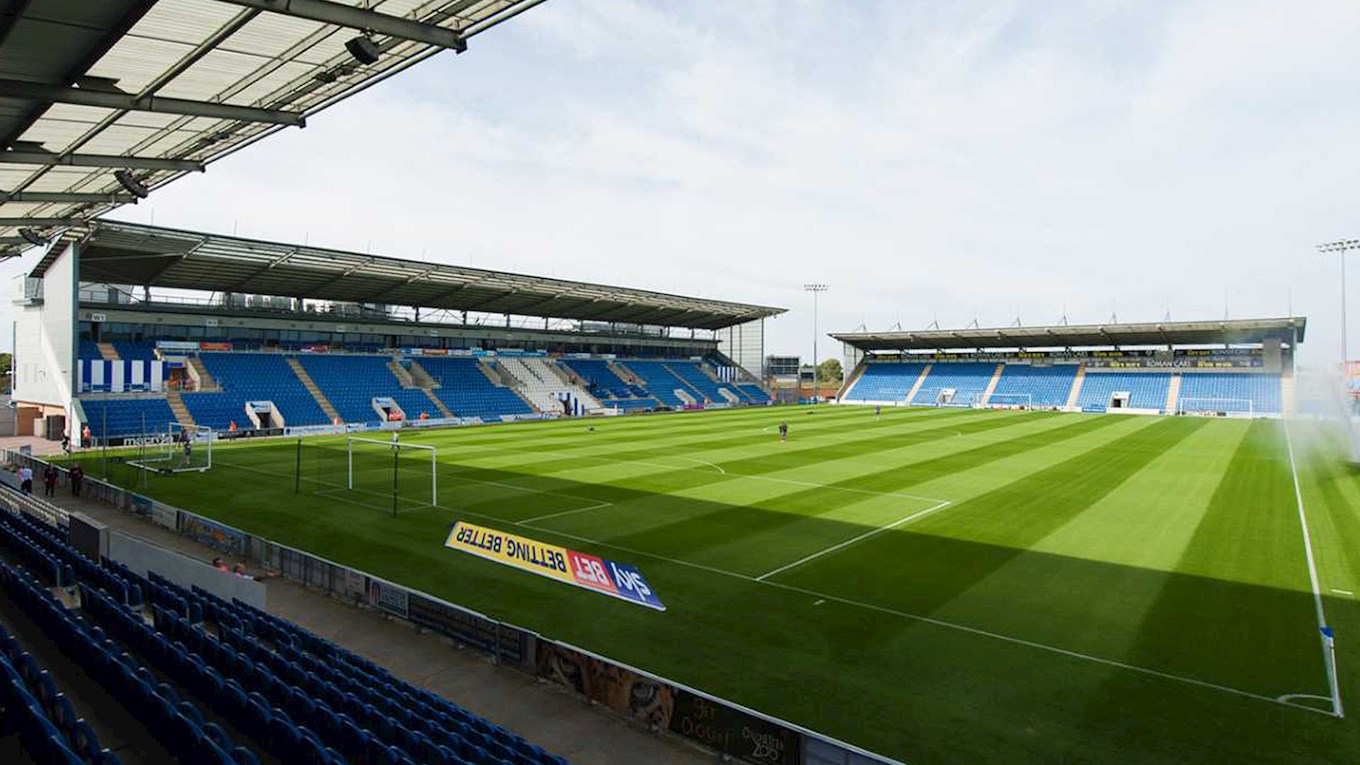 The Saddlers are yet to win in three trips to Broadfield Stadium, which opened in 1997 and holds 6,134 spectators. Renamed the People’s Pension Stadium, it has a smart, raised Main Stand which runs two-thirds the length of the pitch, terraces behind each goal and a semi-permanent East Stand. 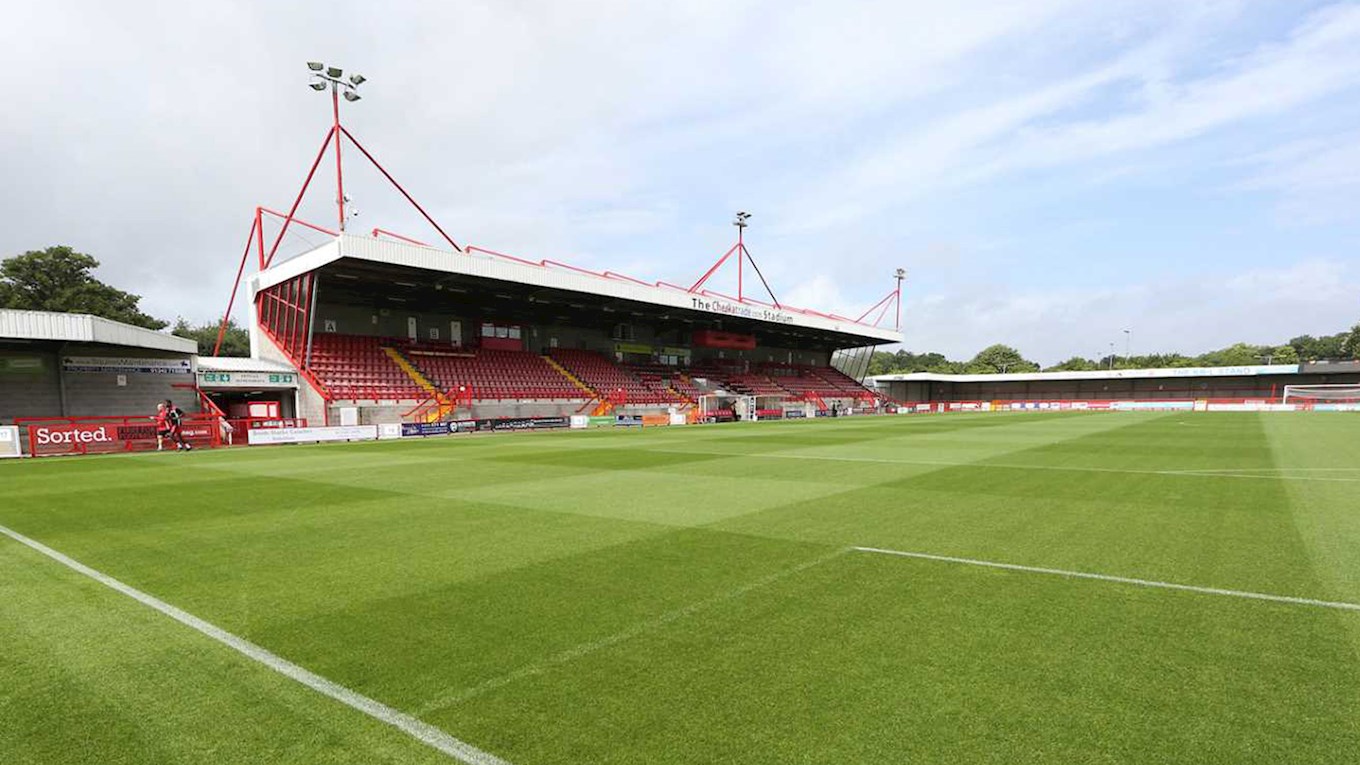 Adjacent to Crewe Railway Station, Gresty Road is dominated by the huge Main Stand on one side, accounting for almost 70% of its 10,153 capacity. Saddlers supporters, who will be housed in the superbly-named Ice Cream Van Stand, have seen their team win once there in the last eight visits. 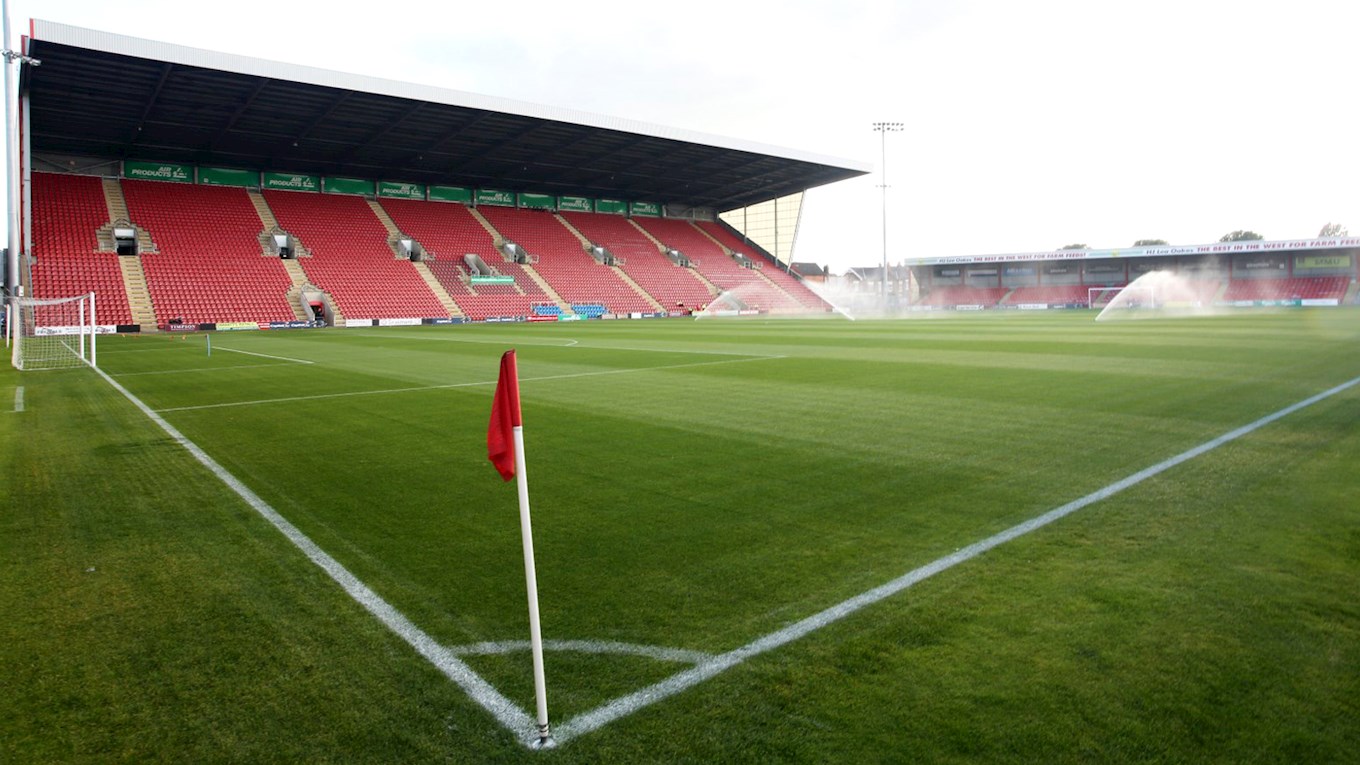 St James’ Park has transformed significantly since our last visit in 2012 – a 4-2 defeat – with the erection of two new stands. The Stagecoach Adam Stansfield Stand only runs half the length of the pitch due to a nearby railway line, while the Big Bank is the EFL’s largest terrace. Overall capacity: 8,696. 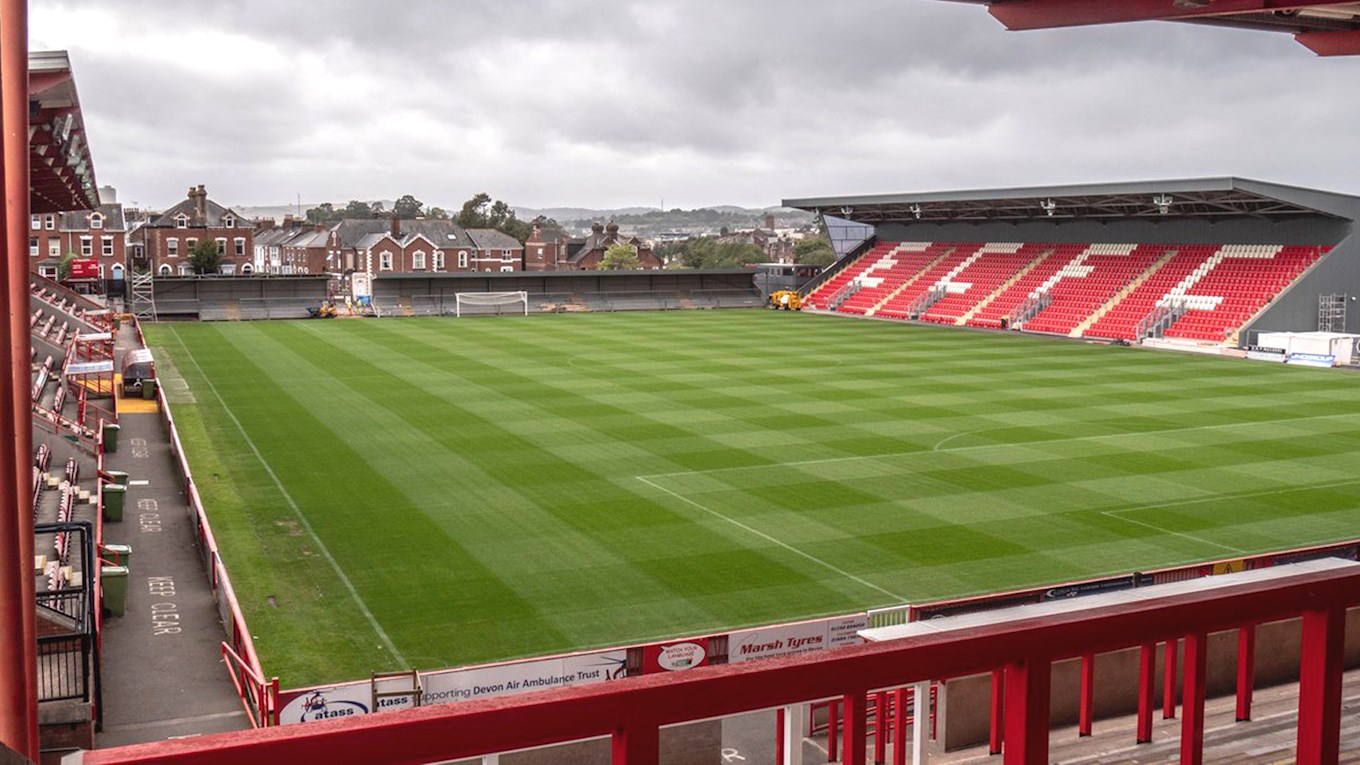