Walsall FC can today confirm squad numbers ahead of the 2019/20 League Two campaign. 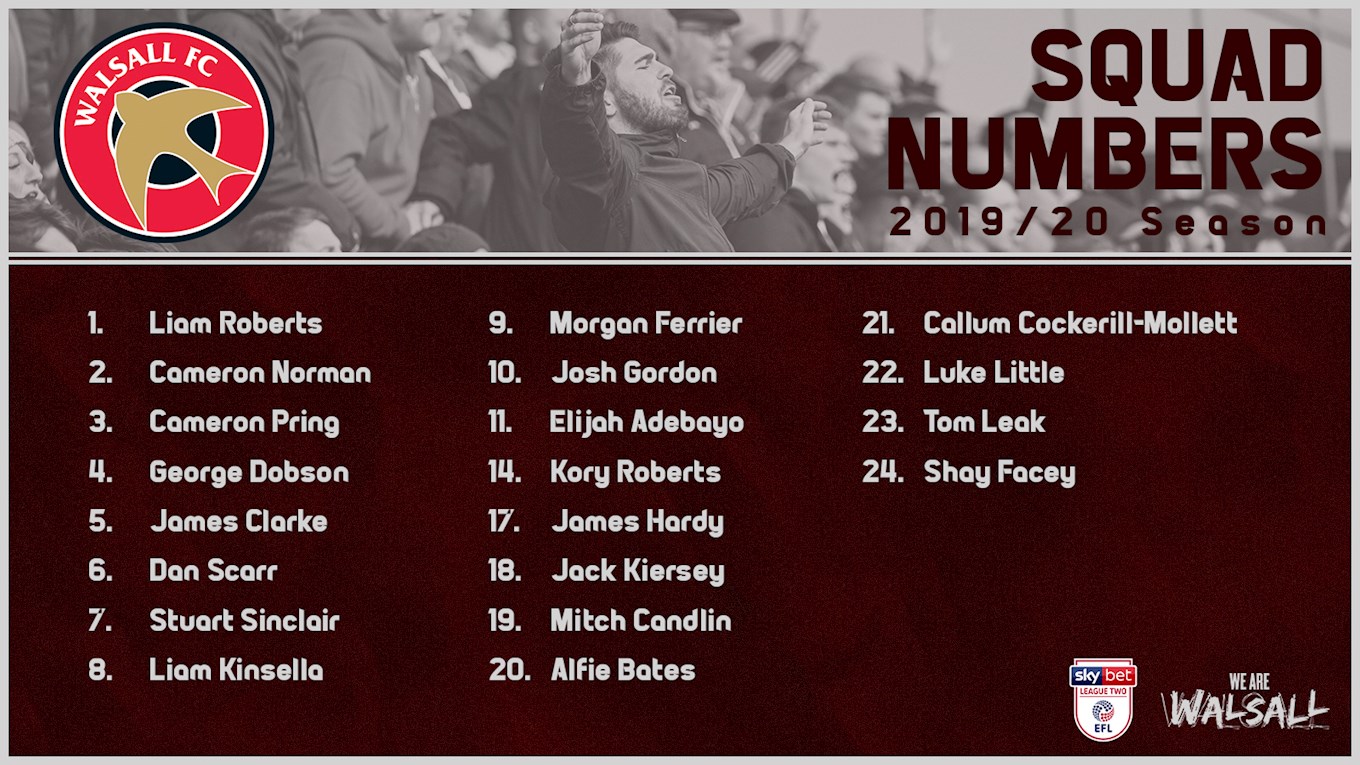