Walsall FC have been donating free t-shirts to Year 3 and 4 pupils, as well as family match tickets to nearly 300 children, ahead of the Oxford game tomorrow.

Andy Cook and Adam Chambers joined pupils from both Old Church Primary School, and nearby Salisbury Primary, for an assembly.

Then the following week, Joe Edwards, Liam Kinsella, Scott Laird and Matt Jarvis met children at Delves Junior School. The Year 3s also took part in a question and answer session with the players, as part of the EFL’s Day of Action.

Joe Edwards said: "It was great to come down to Delves. The club have been handing out t-shirts and tickets to local schools in the area for a few weeks now, so it was just nice to be able to get involved and to give something back to the local community.

"The school is only five minutes away from the stadium and we always want to reach out to youngsters to try and get them involved in football. Just to be a small part of it has been a real pleasure."

The ‘More Than 90 Minutes’ project has seen us develop the new Junior Fan Zone at the Banks’s Stadium and now deliver workshops to 15 classes in local primaries.

Adam Davy, Community Director, said: "Between ourselves and the club, a lot of hard work has gone on since September to establish the Fan Zone and organise the supporter packs and t-shirts. The culmination of this hard work has been these workshops that we have delivered. It always pleases me to see the excited reaction from the children involved and I can't wait to see them all in their t-shirts at a game."

Daniel Mole, Walsall FC Club Secretary and Director, said: “It has been great to be involved with the workshops in local primary schools. We’re pleased to continue our commitment to engaging with younger fans and making them proud to be Walsall FC. We’re looking forward to seeing everyone in the crowd against Oxford and hopefully we’ll see some of the children back supporting the Saddlers in future as well.” 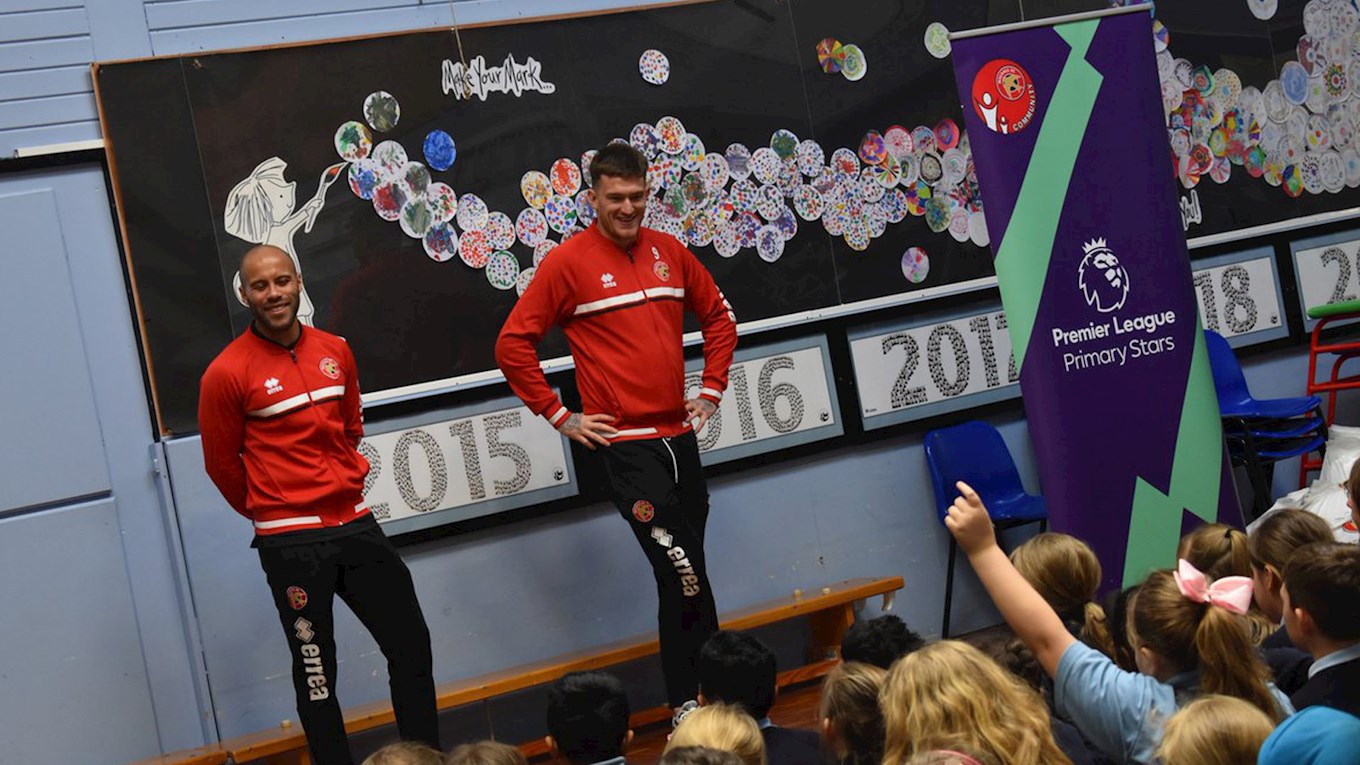