Ahead of the 2018 World Cup, BBC Radio 1 DJ Chris Stark and Saddlers fan Ben Lowe embarked on a journey to meet the international superstars missing from a 2006 World Cup sticker album.

In this entertaining BBC Radio 1 iPlayer programme called ‘My World Cup Sticker Mission’, the pair travel across the UK and Europe in a bid to complete Chris' 2006 World Cup sticker album. They begin their football adventure in Salford, where they meet Frank Lampard in the Match of the Day studio with Gary Lineker.

Throughout the mission, Chris discovers some inside football secrets and relives an eventful World Cup famous for WAGs, Ronaldo’s wink, and Zidane’s headbutt, and also comes face to face with the only player who has made him cry twice (Portuguese keeper Ricardo).

The journey takes Chris to meet Simone Perrotta, which sees him getting to hold the World Cup Trophy. Next on the list was Zinedine Zidane, who famously never talks about this tournament after the infamous headbutt. 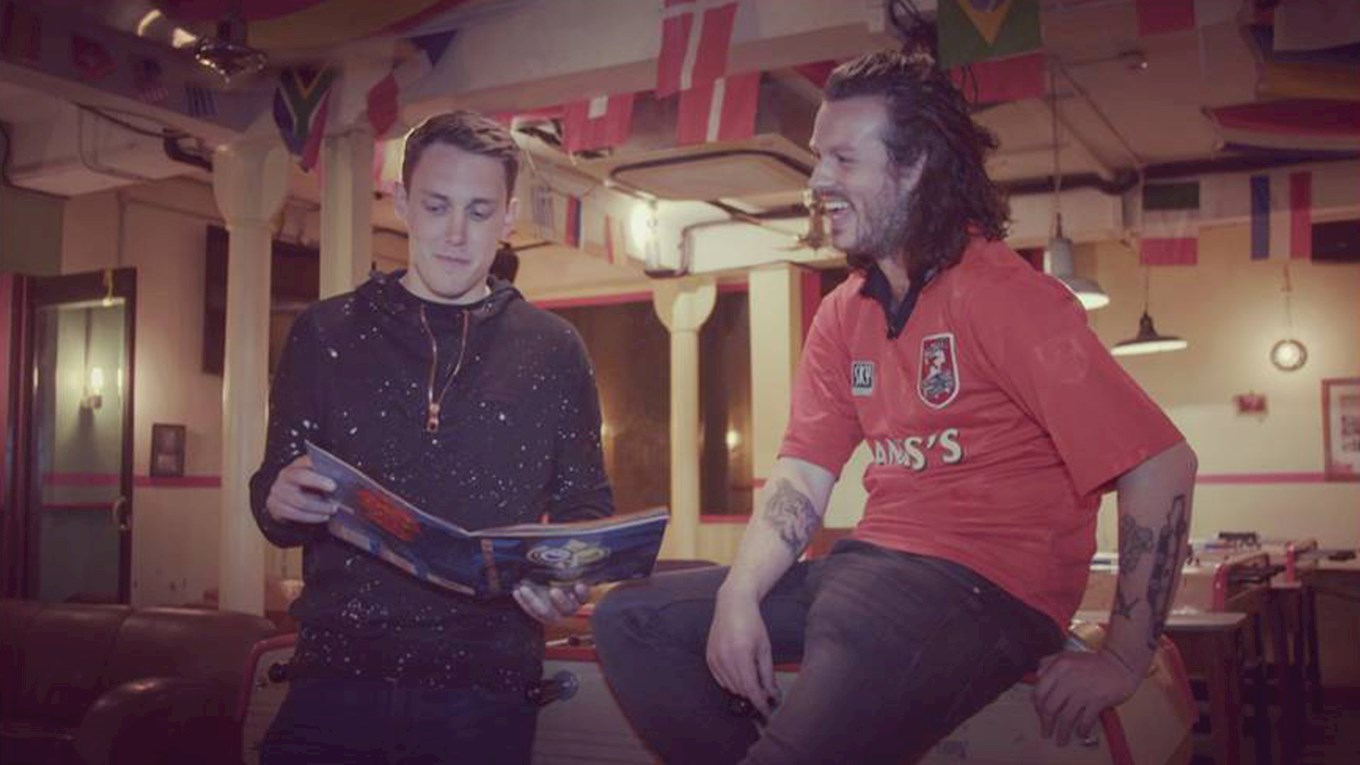 Lastly, Chris tracks down England’s biggest penalty nemesis – Portuguese keeper Ricardo, where he persuades the man who saved all those England penalties to not just have his photo taken, but to also recreate that famous penalty shootout. Ricardo also explains the secrets behind beating England at penalties.

As well as being on iPlayer, the programme is on Red Button throughout the tournament, and Radio 1 has unveiled key chapters on its YouTube channel. (https://www.youtube.com/user/bbcradio1)