Walsall FC are delighted to confirm the return of midfielder George Dobson from Dutch Eredivisie side Sparta Rotterdam on a two-and-a-half year deal.

The 20-year-old spent the entire 2016/17 season on loan with the Saddlers from West Ham, scoring once in 26 appearances in all competitions.

“I’m delighted to be back,” said Dobson. “When Jon got in contact and said he was interested in taking me back, I threw myself at the chance.

“I loved my time at the club last year. I really felt like I kicked on as a player, particularly in the second half of the season.

“It was my first loan and at the start I found it tough, coming into first-team football and I probably wasn’t quite ready.

“But as the year went on, I felt like I really improved and offered quite a bit to the team.

“I’m physically better now and technically ready to come in and hopefully help the team.” 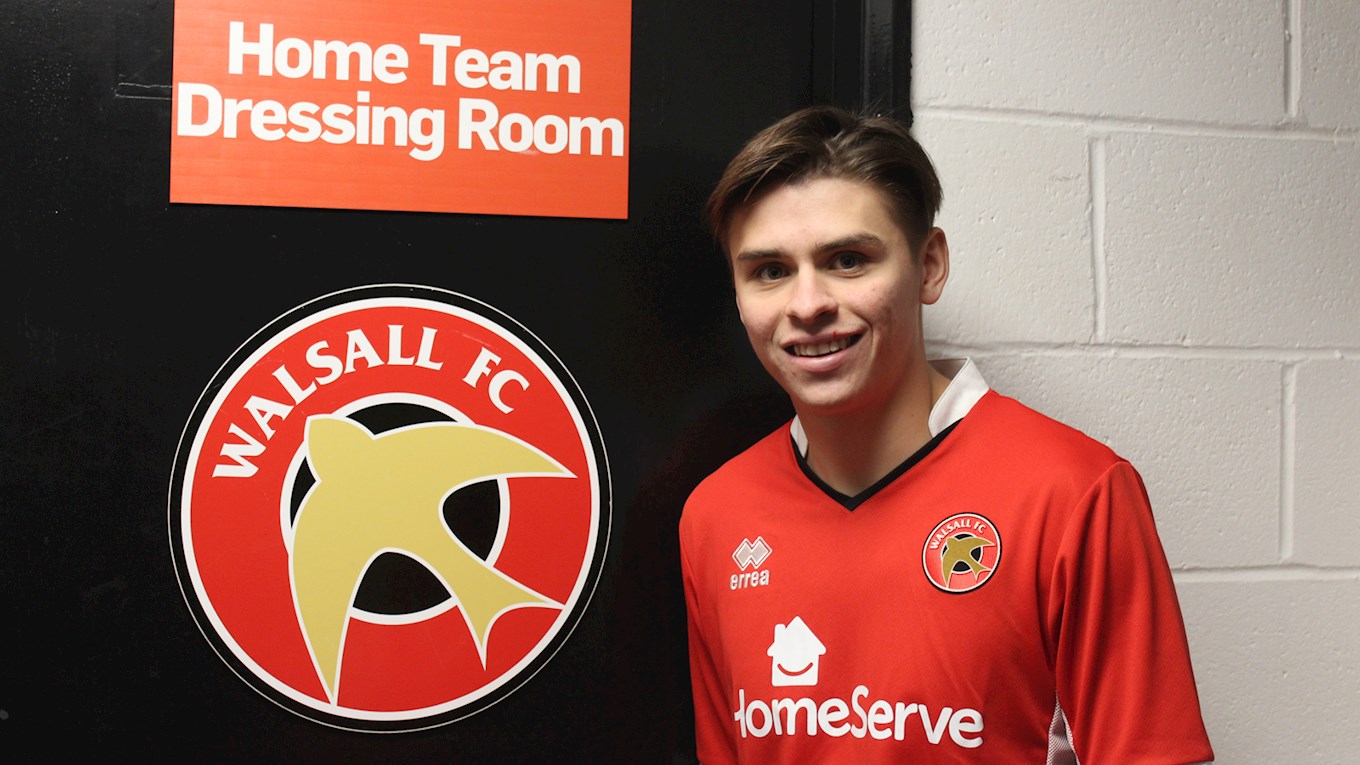 Manager Jon Whitney added: “George is a player who is really highly thought of here, not just from myself but the players as well.

“We put a year of work into him and he was showing really good promise and undoubted ability.

“He really improved his fitness when he was here and we tried to get him on a permanent in the summer.

“I’ve kept in touch with George over the last four or five months and I’d like to thank the chairman and the board for providing additional funds to get George in.

“It’s a really good signing and it’s pleasing to get him in on a permanent basis.”

Born in Harold Wood, Dobson joined Arsenal as a youth player and captained their Under-18s.

He signed for his boyhood club West Ham in July 2015 and helped the Hammers win the 2016 Under-21 Premier League Cup, beating Hull on penalties in the final.

After a season with the Saddlers, Dobson joined Sparta Rotterdam for an undisclosed fee in July 2017 and featured on five occasions in the Eredivisie.

The transfer is subject to international clearance.