As part of our Early Bird Season Ticket scheme, Walsall Football Club will be awarding 31 prizes in 31 days to all fans who purchase Season Tickets for the 2018/19 season in the month of March!

CAN I ENTER MORE THAN ONCE?

The short answer is - you already do, if you buy early enough!

If you purchase your season ticket on March 1st - the first day of the Early Bird window - you will be entered into every draw going forward until March 31st.

If you were to purchase a week later, you would be entered into competitions for every day going forward from March 8th.

So the earlier you buy, the more chances you have to win some of our fantastic prizes!

WHAT ARE THE PRIZES?

We now have the full list of prizes that are available to be won each day. If you buy on that day or before, you will be eligible to win that day’s prize.

Take a look below for our full prize list! 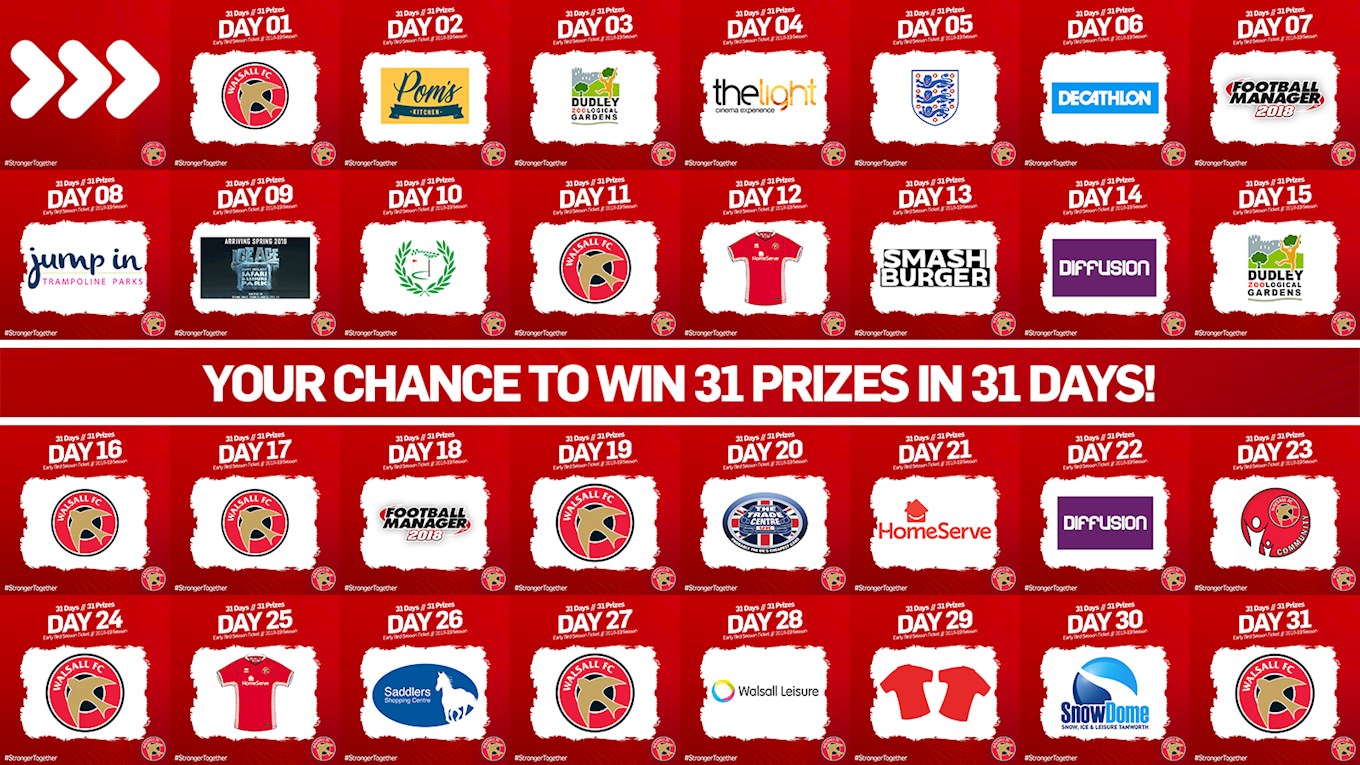 I HAVE BOUGHT MY TICKET ON ZEBRA FINANCE - AM I ENTERED INTO THE COMPETITION?

Yes, you absolutely are!

WHEN WILL THE PRIZES BE DRAWN AND THE WINNERS ANNOUNCED?

Each draw will be held the day after each day of purchase. So for example, the draw for those supporters who purchase Season Tickets on March 1st will be held on the morning of March 2nd, and announced on the club's social media platforms at 10am. The club will also directly contact the winner.

WHAT ABOUT WEEKEND DRAWS?

Draws for prizes on Fridays, Saturdays and Sundays will be made on the following Monday. As an example, anyone who purchases their Season Ticket on Friday March 2nd, Saturday March 3rd or Sunday March 4th will be entered into their respective draws on Monday March 5th, with all three winners announced.

WHAT TIME DO ENTRIES CLOSE?

Entries for the competitions close at 11pm each day, so make sure to purchase your Season Ticket before 11pm.

I WON A PRIZE - CAN I POTENTIALLY WIN AGAIN?

Yes! Your name remains in the hat for all remaining draws going forward, as it does if you haven't won a prize yet.

That’s very specific question, but terms and conditions are on the image below… 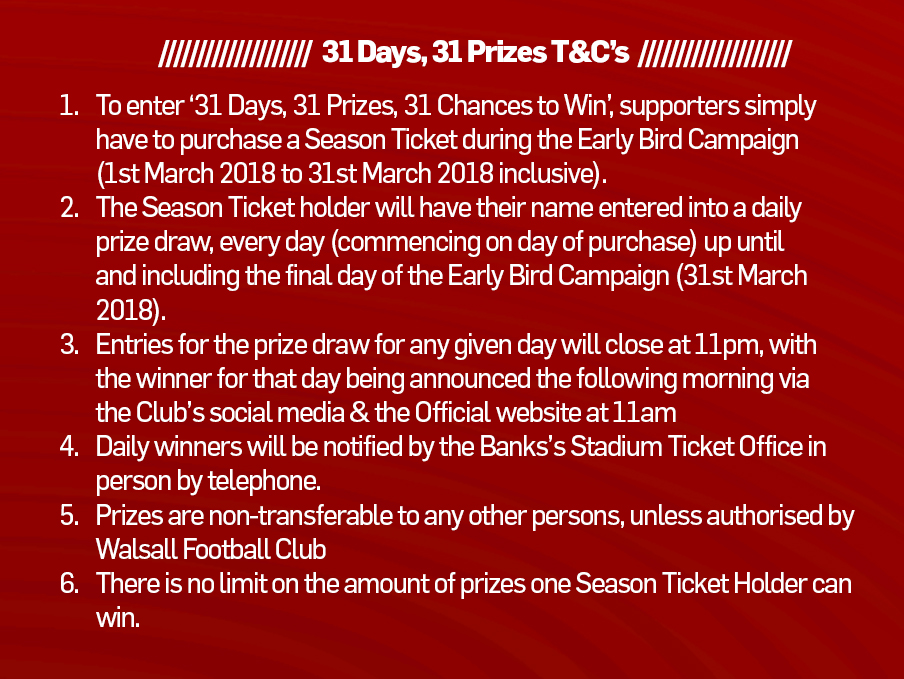 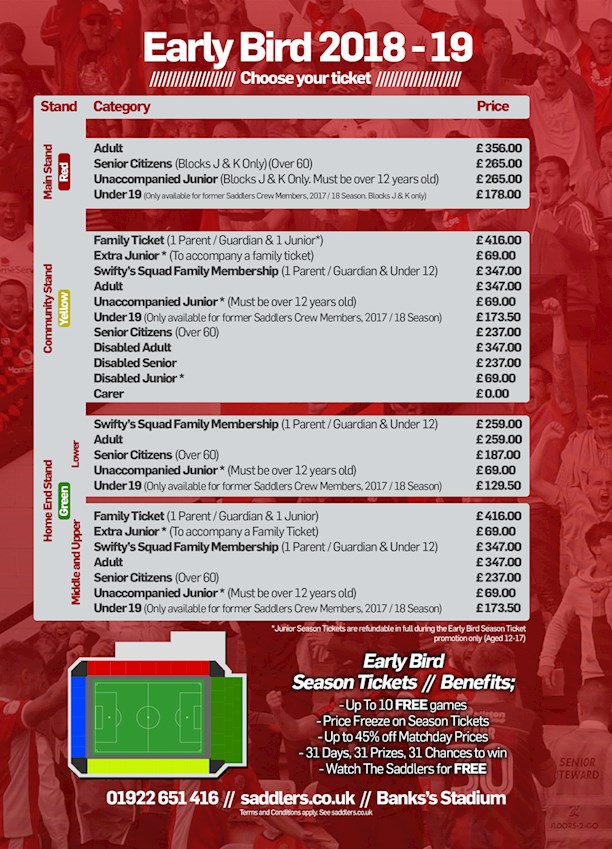