Ahead of tomorrow’s trip to Charlton, Ryan Pratt takes a look at a selection of memorable New Year’s Day matches…

Walsall moved to within a point of the play-offs after coming from behind to win, ending Sheffield United's eight-match unbeaten run. Chris Porter put the visitors in front, hitting a rising drive into the top corner on 17 minutes. Craig Westcarr equalised from the penalty spot in the second half after Harry Maguire was adjudged to have pushed Andy Butler in the box. And on 62 minutes, a flowing move from the hosts was finished off by full-back James Chambers for victory.

A stunning late goal from 20-year-old winger Jamie Paterson gave Walsall a hard-earned win over a battling Stevenage side. Referee Scott Mathieson allowed play to continue when Sam Mantom was fouled, and Paterson cut inside before rifling his seventh goal of the season into the roof of the net with a magnificent left-foot strike. Walsall lost Flo Cuvellier and Andy Taylor to injuries in the first half when Stevenage looked sharper and Saddlers keeper Karl Darlow - back at the Banks's Stadium for a second spell on loan from Nottingham Forest – did well to keep out Filipe Morais’ drive. Morais rattled the crossbar with a free-kick on 35 minutes, with Darlow well beaten. The Saddlers picked up their game in the second half and after a shot from Stevenage midfield man Anthony Grant was saved by Darlow, Will Grigg twice went close for the home side. Boro sub Greg Tansley saw his late drive deflected wide as Walsall collected their third win in four outings. 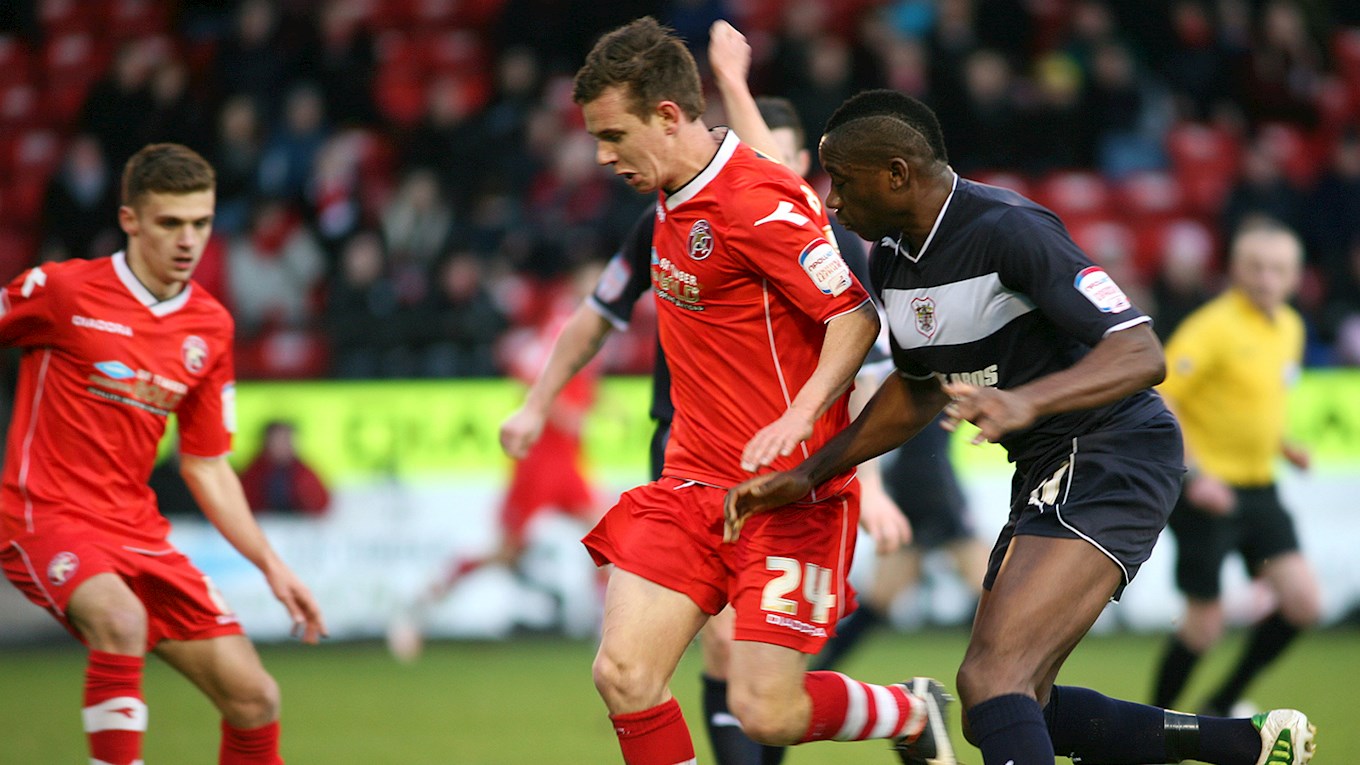 Stunning first-half strikes from Daniel Fox and Chris Westwood ensured Walsall took another step towards promotion with victory at Peterborough. Fox broke the deadlock with a fierce 14th-minute volley from 30 yards. He then delivered the cross for Westwood to double the advantage with a magnificent finish nine minutes later. Martin Butler was denied a third Walsall goal by a last-ditch Mark Arber tackle, while Danny Crow and Adam Smith came close at the other end for Peterborough.

Despite the Saddlers dominating for the majority of the game, they had to settle for a point against Doncaster. Rovers took the lead when Walsall defender Julian Bennett headed Neil Roberts cross into his own goal. The hosts equalised through Michael Standing, who struck the ball home from 20 yards, while Rovers lost keeper Andy Warrington late on after a collision. He was stretchered off after a clash with Bennett, who was replaced by Zigor Aranalde, while Matty Fryatt missed a good chance for Walsall at the death.

On-loan winger Gareth Ainsworth helped struggling Walsall to a point against high-flying Nottingham Forest at the City Ground. John Thompson gave Forest an early lead but the side who had lost four out of five matches going into the game were unable to reverse their recent slump against a battling Walsall, who had lost their last three. Both sides created chances and Walsall's perseverance paid off after 62 minutes. Darren Bazeley delivered the ball in from the right and Ainsworth headed it past Forest keeper Darren Ward for the equaliser.

Walsall turned the form book upside down to grab an unlikely draw at high-flying Norwich. The result of a match between the side with the best home record in the First Division and the side with the worst away record looked to be a foregone conclusion. And when the Canaries took the lead after only 12 minutes via David Nielsen's fifth goal in five games, Walsall seemed set to suffer again. But the visitors played some delightful football after their early setback and deserved the point that was handed to them by defender Steve Tillson's 56th-minute goal.

An 89th-minute goal from Portuguese striker Jorge Leitao won it for the Saddlers during the club’s Division Two play-off winning campaign, 18 years ago today.