Walsall Football Club are delighted to confirm the return of midfielder Isaiah Osbourne on a one-year deal.

The 30-year-old made 32 appearances during his first spell with the Saddlers from September 2015 to May 2017.

“I am happy to be back here,” said Osbourne, who will wear the number 30 shirt.

“When I was here last time, I connected well with the fans and hopefully that can happen again.

“I was happy to hear what the manager had to say about how he wants to play football. The way he spoke made me think this was the best place for me.

“There were a lot of key factors in me coming back here. A big part was being able to bring my family to games.

“Being around my kids helps because I have four of them and I wanted to be around them more. 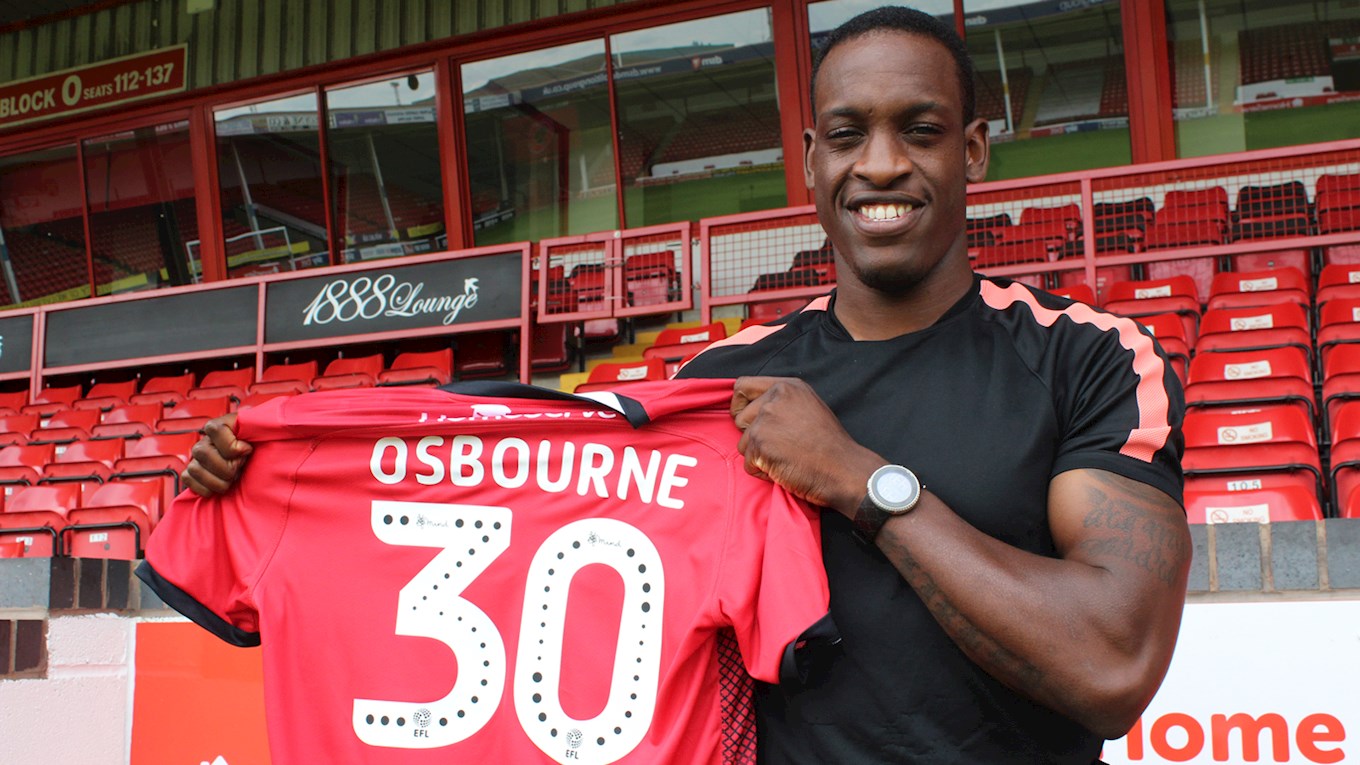 “I will try and help the young players through games and make sure they progress because I am sure they all want to play to their full potential.”

Boss Dean Keates added: “I’m delighted to get it done.

“He’s got a wealth of experience and brings some presence to the middle of the park. He knows the level and has played at a higher level.

“He’ll make it more competitive for places and will be a good addition to the squad.”

He enjoyed loan spells with Nottingham Forest, Middlesbrough and Sheffield Wednesday before signing for Hibernian in August 2011.

After a season in Scotland, Osbourne spent two years at Blackpool and a year with Scunthorpe prior to moving to the Banks’s Stadium.

Injured for the 2015/16 season, he became an important player the following campaign and scored his only Walsall goal in a 1-1 draw with Bradford in December 2016.

Osbourne joined Forest Green in September 2017 and was a near ever-present as Rovers retained their EFL status last term.