Speaking to Joe Edwards in the canteen at The Saddlers’ Essington training ground, there is no question the vice-captain feels grateful for the support he has received in his recovery from injury.

Even if he sometimes questions the driving of one of his closest friends at the club.

“Kieron Morris is the worst driver (in the club) by a country mile,” said Edwards.

“He just doesn’t concentrate. He’ll be at a roundabout and not even realise.

“I was in the car when he crashed (last season). There was me, Kieron, Dobbo (George Dobson) and Jase (Jason McCarthy). He could have wiped four of us out!

“I’ve got George Dobson taxis and Kieron Morris taxis, which is really nice (of them), but it is the little things that you miss, like getting in the car and getting things you need.

“The lads have been brilliant and that’s the big thing I like in football - the camaraderie and banter between the boys. They’ve been really supportive of me.

“I live with Dobbo and Kieron is just down the road. They’ve helped me massively, driving me about and doing everything for me.”

Edwards injured his right anterior cruciate ligament in our 2-1 defeat at home to Blackburn Rovers back in January, and was subsequently ruled out for the rest of the 2017/18 season.

That crushing blow came during the 27-year-old’s most productive spell, in terms of goal-scoring, of his Saddlers career to date.

Four goals in his last five games, including a fine brace in the 4-2 win over Doncaster Rovers, had put Edwards on seven goals for the season, behind only Amadou Bakayoko (8) and Erhun Oztumer (16).

“It made it worse with the way things were going,” Edwards admits.

“I was playing well and really enjoying my football. I’ve always had a positive outlook on things but the first couple of days are hard as you get your head round it, and you’re gutted not to play.

“That’s what you miss - playing and not being out there with the boys. But you’ve got to look forward.

“I’m back at the training ground now, which is great for me. I’m on crutches for another few weeks just to get me off weight-bearing, and I’m back on the bike now which is helping me turning over.

“I’ve got to get as much movement as I can back in my knee. It’s slow at the moment but it’s small steps, which is good.

“Rev (Marc Czuczman, First Team Physiotherapist) has been fantastic looking after me this whole time. I’ve got to put up with his banter for a while which is the only negative side, but we can work on that and get him through this!

“The more help and support I get is fantastic and if he can help me get back to where I was, then I’ll always be grateful.

“The biggest thing is coming into training and having a laugh with the boys. I’ve been involved as much as I can - I’m coming to matches and that’s really helped me.

“Having the support and everything I’ve received from my family and friends has helped me massively.” 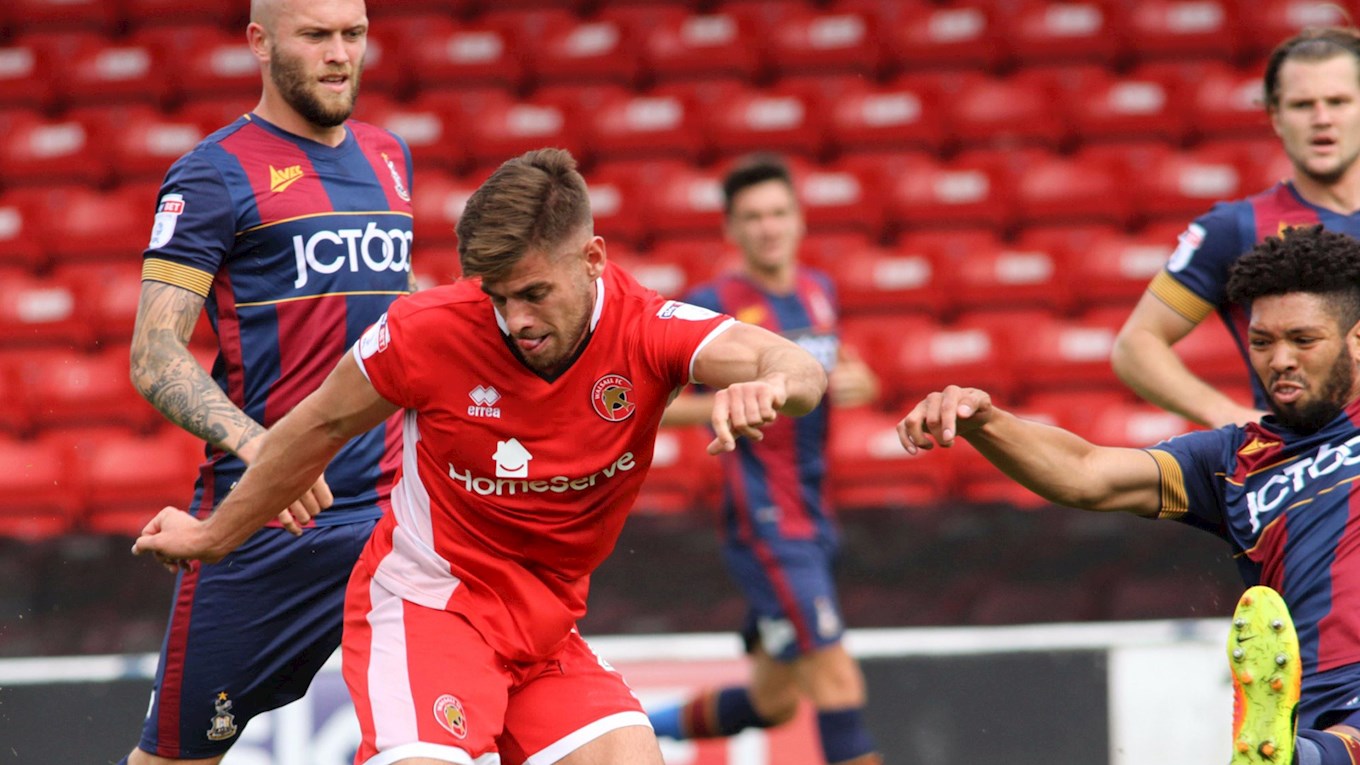 Edwards has now had surgery on his knee, which has been described by his surgeon as successful - even if the 'Beast from the East' made confirming a date for the procedure difficult initially.

“My surgeon, Pete Thompson, has been fantastic. He said everything went really well and they got the stuff sorted that needed to be done.

“We met him for a consultation but the weather and snow played havoc, so we had to put it back a bit, and then we got it all done a couple of Mondays ago.

“I’m doing little steps at a time, setting little goals a couple of weeks at a time, and it helps. Now I’m back in (at the training ground) that’s massive for me.”

Of course, injuries don’t just affect a player’s ability to play the game. Having to use crutches for weeks and months makes every day life more difficult to navigate.

Driving, as Edwards alluded to, is currently out of the question for the popular midfielder. Even the more simple tasks around the house require support.

Getting that support from the likes of Dobson and Morris, as well as the club and the supporters, is something Edwards admits he is hugely grateful for.

“Kieron and Dobbo have helped me massively, driving me about and doing everything for me,” said Edwards.

“They’re even bringing me my lunch to the table at the moment, which is good! Long may that continue for them.

“The support I’ve had from the fans and the club itself has been fantastic.

“I’m on the bike, ticking over, so I’ve got a couple of weeks in my head and once I’m there, back driving, it makes things a lot easier.

“That is a big thing - not being able to do stuff on your own. Dobbo has been really good. He makes my lunch and gets me a cup of tea every night when I ask him."

And in typical Edwards fashion, our vice-captain is determined not to let his frustrations get the better of him.

“There could be much worse things going on in my life right now,” he said.

“So I’m happy enough as it is. I’ve just got to get over this little setback and get back.”