It has been four years to the day since the Saddlers made the journey just a few junctions up the M6 to the home of Wolverhampton Wanderers.

The Molineux had not been a happy hunting ground for Walsall, with our only previous league triumph there coming in August 1999. Striker Andy Rammell hit the winner in a 2-1 away victory that day, although we did run out 1-0 winners at Molineux in the League Cup in 1985. This was the first league meeting between the two sides in almost ten years.

Wolves came into the game as big favourites, looking to extend their unbeaten league run to seven games. The previous season the Wanderers were narrowly relegated from the Championship on the final day of the season, and this was their first campaign in the third-tier since 1989. Manager Kenny Jackett was hoping his squad could make a swift return to the Championship and had spent the summer building a new-look team to become an intimidating force in League One. New additions such as Sam Ricketts, Kevin McDonald and Nouha Dicko overshadowed the loss of the likes of Adam Hammill, Karl Henry and Sylvan Ebanks-Blake to name a few.

On the other hand, the Saddlers were out for revenge for our JPT exit at the Molineux just a fortnight before, losing on penalties after coming from behind twice in normal time. Dean Smith’s men were aiming to follow up a 3-0 away win at Crewe Alexandra; his young side were in good form and hungry to cause an upset on this mild autumn evening.

Club captain Andy Butler led a strong Saddlers side out of the tunnel, and a mix of experience and youth graced the teamsheet. In goal was shot-stopper Richard O’Donnell, at right-back was ex-Watford and Doncaster Rovers man James Chambers, at left-back Andy Taylor, with Paul Downing partnering Butler at centre-half. Leading a three-man midfield was composed defensive midfielder Adam Chambers, alongside Sam Mantom and the energetic Nicky Featherstone. The frontline consisted of tricky wideman Ashley Hemmings, Troy Hewitt and Saddlers’ top scorer Craig Westcarr.

The visitors came out of the blocks quickly as Westcarr’s curling free-kick hit the top of the bar and cannoned away. Saddlers goalkeeper O’Donnell made a stunning save to keep out Bakary Sako’s 30-yard free-kick and was again called into action on the stroke of half-time to parry Kevin Doyle’s header.

Walsall broke the deadlock on 69 minutes when Taylor’s free-kick from the left flank was headed towards goal by substitute James Baxendale for Butler to nod home at the back post.

Smith brought on Chelsea loanee Milan Lalkovic in search of a second goal to put the game to bed, but the Slovakian’s efforts on goal were kept out by the Wolves backline. A free-kick was awarded Walsall’s way in the last few minutes after Carl Ikeme handled the ball outside his area. The subsequent set-piece was taken by Lalkovic, whose attempt hit the woodwork.

The Saddlers held on for a famous derby victory, our second away win in four days lifting us up to seventh place in the league. Wolves, whose run of five straight league wins came to an end, remained third having missed the chance to go back up to second. 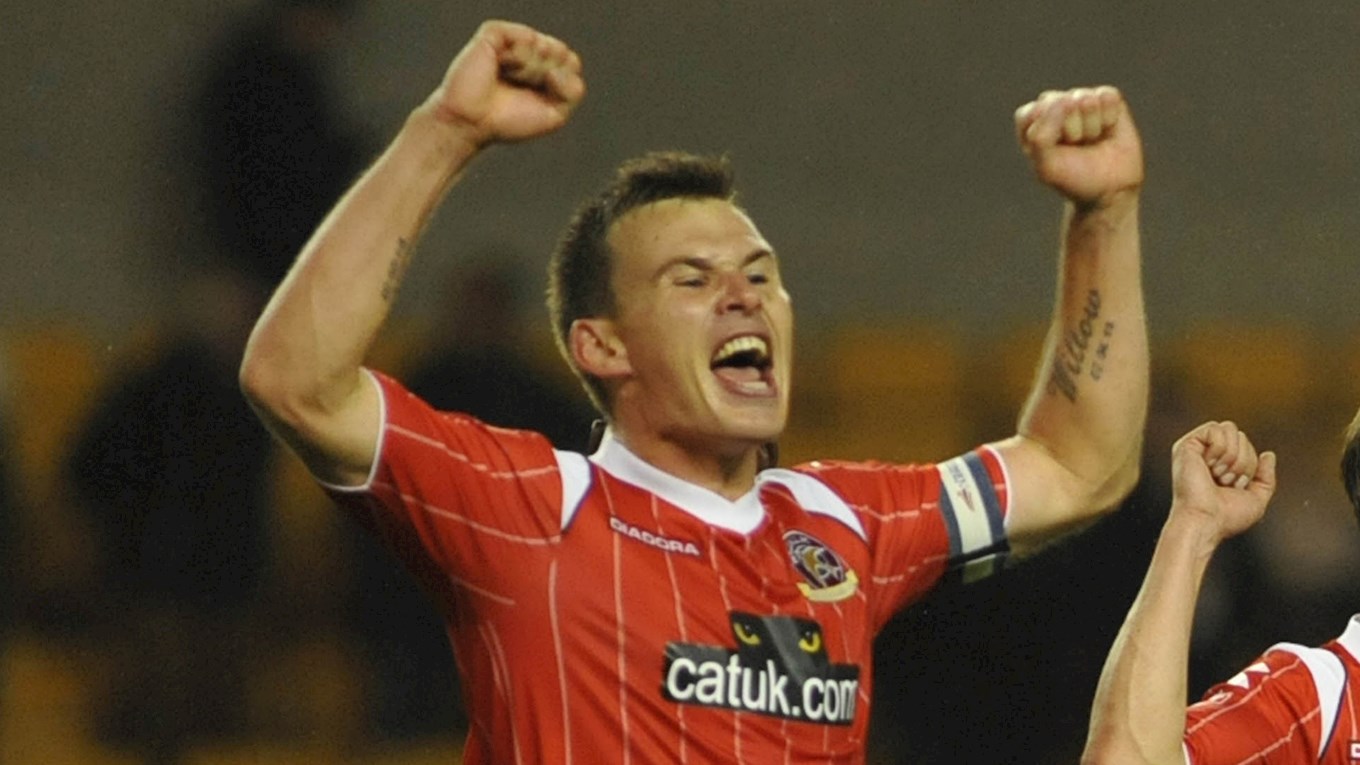