Luke Leahy says everything has worked out perfectly following his move to the Saddlers as he returns to England from a five-year spell in the Scottish leagues.

Left-back Leahy signed a two-year contract at the Banks's Stadium to become our first summer signing of 2017, having left Scottish Championship side Falkirk once his deal with the Bairns expired.

Leahy was followed into the club by fellow defenders Jon Guthrie and Nicky Devlin, as well as goalkeeper Mark Gillespie.

The 24-year-old began his career with Rugby Town before joining Falkirk in 2012, having also been part of the Rugby-based Gordon Strachan Foundation, a football education programme of which current Scotland national team boss Strachan is a director.

Leahy spent five years in Scotland, making more than 160 appearances for Falkirk and scoring 12 goals in that time before signing for the Saddlers - not too far from his first club and having developed his game in several ways while playing in the Scottish leagues.

"I’m living in Rugby now so I'm back to where I started," said Leahy.

"It did take five years moving away and living up in Scotland (but) for what I’ve got now, it’s been worth it.

"It’s mad how it has gone full circle - everything has worked out perfectly!" 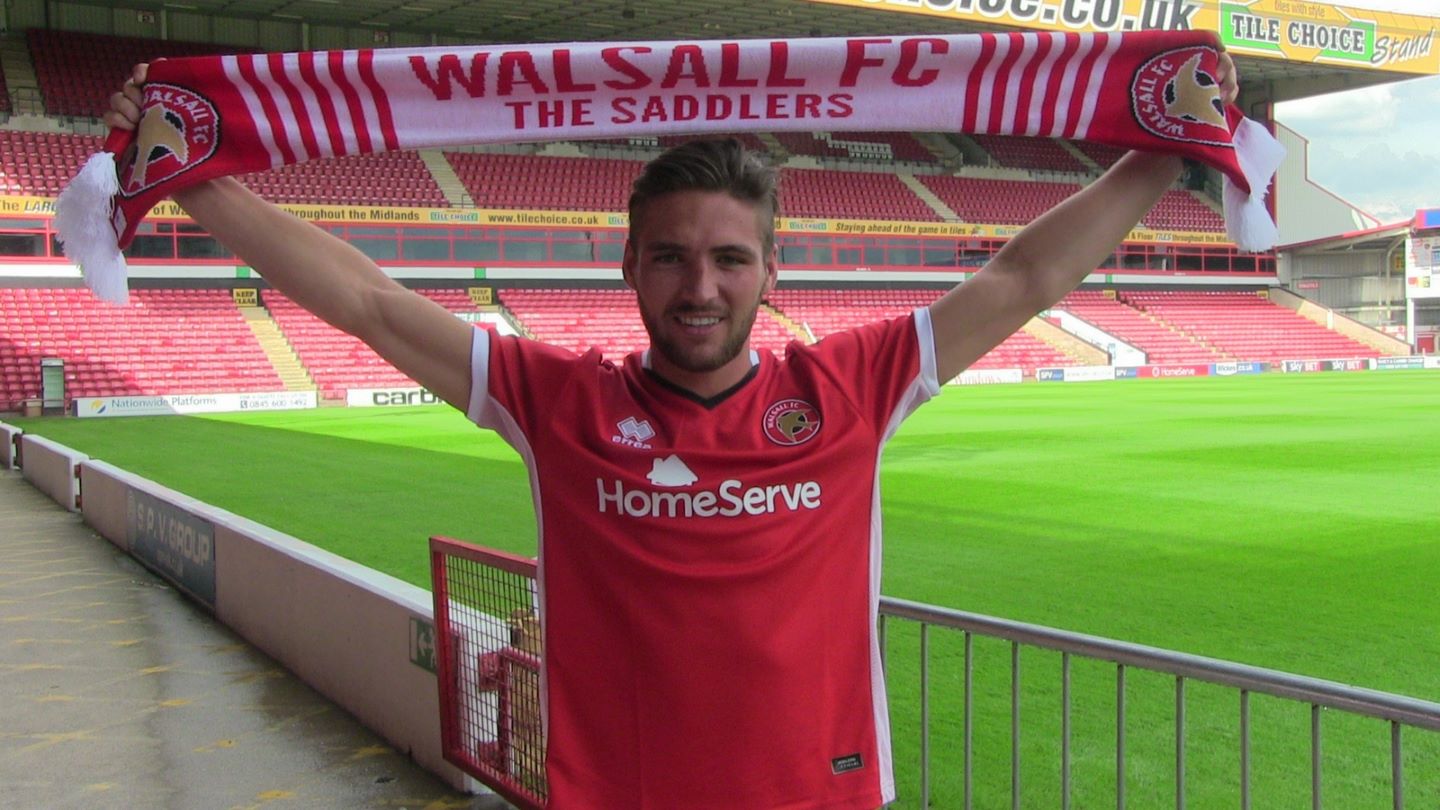 The Gordon Strachan Foundation has played a major role in Leahy's development.

Not only was the Foundation able to provide Leahy with the platform to impress on trial at Falkirk and earn his first professional contract, but Leahy was also able to develop his coaching skills and confidence.

"I wouldn’t be where I am today if it wasn’t for the Gordon Strachan Football Foundation,” added the defender.

"At the Foundation you do your coaching badges, go out to schools and coach young kids and you train in the morning every day. It benefited me massively.

"It got me up to Scotland and a trial with Falkirk (where) I kicked on and now I’m here.

"I’ve had quite a few setbacks over the last six or seven years, but that helped me massively to get through, give me more confidence and push me on to get to where I am."

Leahy established his natural position as left-back in Scotland, having initially played much further forward.

“I joined Falkirk as a number 10,” he continued.

“I played everywhere for Falkirk, even in goal - it was only in for four minutes and the game finished 0-0 so I can claim a clean sheet!

"Left-back is my position."