Walsall Football Club’s attack has been bolstered with the loan signing of West Bromwich Albion forward Tyler Roberts until January.

The 18-year-old will be eligible for tomorrow’s game against Bradford City, subject to Premier League clearance arriving.

Roberts netted four goals in 13 appearances on loan at Shrewsbury Town last season, and spent the first half of the season on loan at another League One club in Oxford United.

Roberts joins West Brom teammate Shaun Donnellan in signing for The Saddlers - Donnellan has started the last two matches in defence for Jon Whitney's side.

“He’s been one of our key targets through the whole of the summer but because he’s done so well, West Brom have kept him for their first team,” Whitney told Saddlers TV.

“It’s nice to get it over the line and they see him as a really good fit for us. Bringing Shaun in and playing him has helped us, because they see a pathway and important match time.

“He’ll be a very important member of our squad and he’s a tremendous prospect.

“It’s great for us to bat off a number of clubs in trying to get his signature, and for West Brom and the player to put their trust in us.

“He’s proven he can score goals at this level and I feel, when we targeted him and profiled him, we really think he can tie in to what we do and we can improve together.

“I’d like to thank Tony (Pulis) and West Brom for trusting us with a second of their players in the summer. It’s a great relationship we’ve got going forward.” 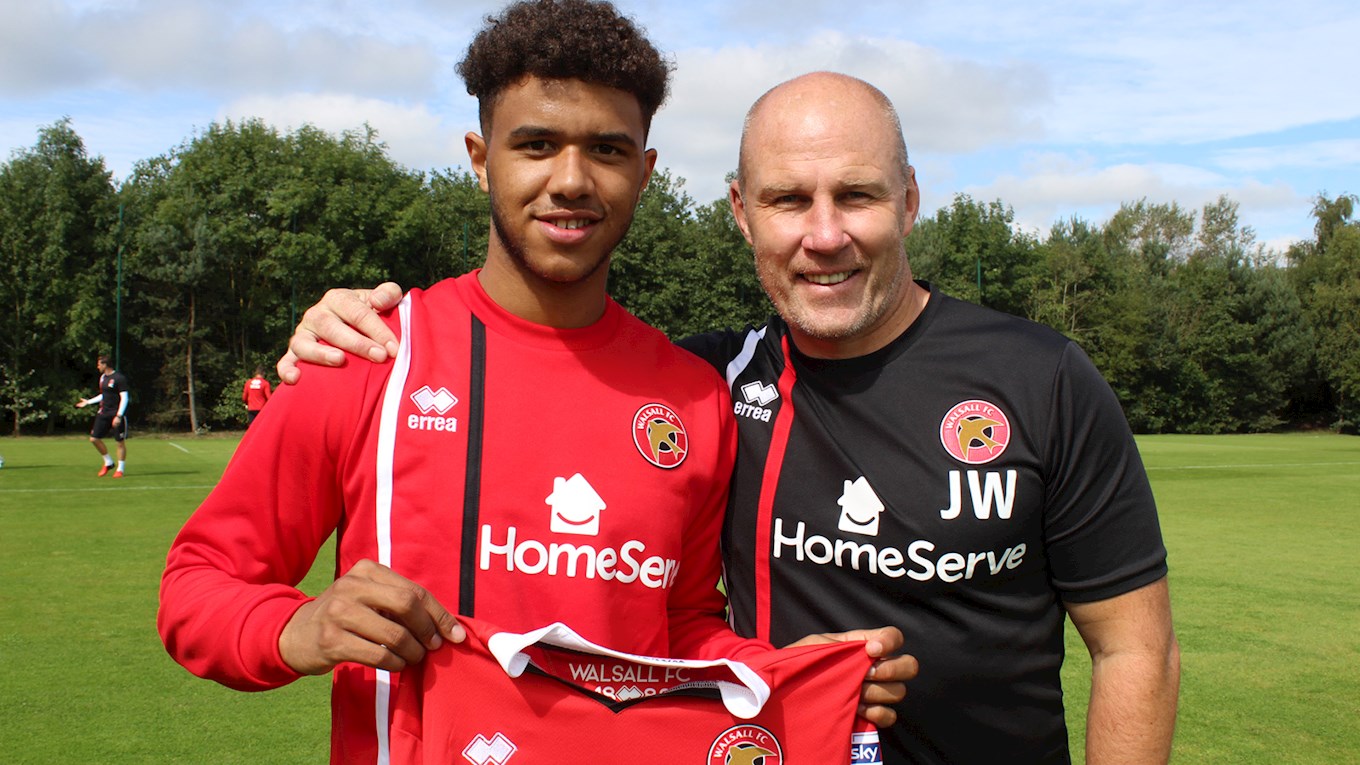 Roberts has made one Premier League appearance for The Baggies, coming on as a substitute for Jonathan Leko in their 1-1 draw with Liverpool on the final game of the 2015/16 season.

The young forward started for Albion in the pre-season friendly between the two sides at the Banks’s Stadium in July, and also played for West Brom’s U23s in their recent game against Aston Villa at the Banks’s.

“I can see they’ve got a good team spirit here and that showed in training today,” Roberts told Saddlers TV.

“I feel confident coming into the club and hopefully I can improve on last season and get more goals.

“Coming into the club I want to keep progressing and keep working hard.

“I spoke to the gaffer and he said obviously there’s things I can improve and things I’m good at.

“We’re going to get down to work on them - this is a good opportunity to do that.”

The young forward will wear shirt number 18 during his stay at the Banks’s.