Walsall maintained their unbeaten start to the league season as they battled to a draw in an entertaining match against EFL new boys Harrogate Town.

Rory Holden gave the Saddlers an early lead before goals from Aaron Martin and Jack Muldoon saw the hosts turn the game on its head.

Josh Gordon drew the Saddlers level in the second half before a nervy finish to the game after Danny Guthrie was sent off.

Saddlers boss Darrell Clarke made one change to the team that started against Grimsby Town last week with Zak Jules coming in for Callum Cockerill-Mollett.

The Saddlers made the perfect start to the game and got their noses in front early on. After Elijah Adebayo forced a good save out of Joe Cracknell, Rory Holden gave the visitors the lead from the resulting corner after the ball was played short to him and he drilled in a powerful shot that flew straight into the net.

Harrogate responded well and came close to an equaliser five minutes later when Aaron Martin hit the crossbar with a header.

Three minutes later, Gordon and Adebayo combined again but the result was the same as Adebayo’s header was pushed behind by the keeper.

The hosts really grew into the game and started to put the Saddlers under a bit of pressure. Walsall had Cameron Norman to thank on 17 minutes as he put his body on the line to deny what looked like a certain goal from Martin.

The hosts made their pressure count 15 minutes later when Martin made no mistake as he got on the end of Ryan Fallowfield’s cross and tapped in from close range and they went into the half time break with the lead.

Walsall looked to respond in the second half and Clarke made a change on 55 minutes when Danny Guthrie was introduced in place of Alfie Bates.

The Saddlers came close to an equaliser eight minutes later when Gordon slipped Adebayo through who then went round the keeper and got a shot away from a tight angle but it struck the post and Harrogate eventually got it clear.

Walsall continued to probe. Caolan Lavery was introduced in place of Adebayo and made an early impact when he set up Holden but the Northern Irishman’s tame shot was saved.

The visitors finally made their pressure count on 82 minutes as they were awarded a penalty when James Clarke was tripped in the box.

Gordon stepped up and although his penalty was saved, he was alive to pounce and score from the rebound.

The Saddlers had to play the final stages of the game with 10 men after Danny Guthrie was sent off for a second bookable offence but Clarke’s men held on to take away a point. 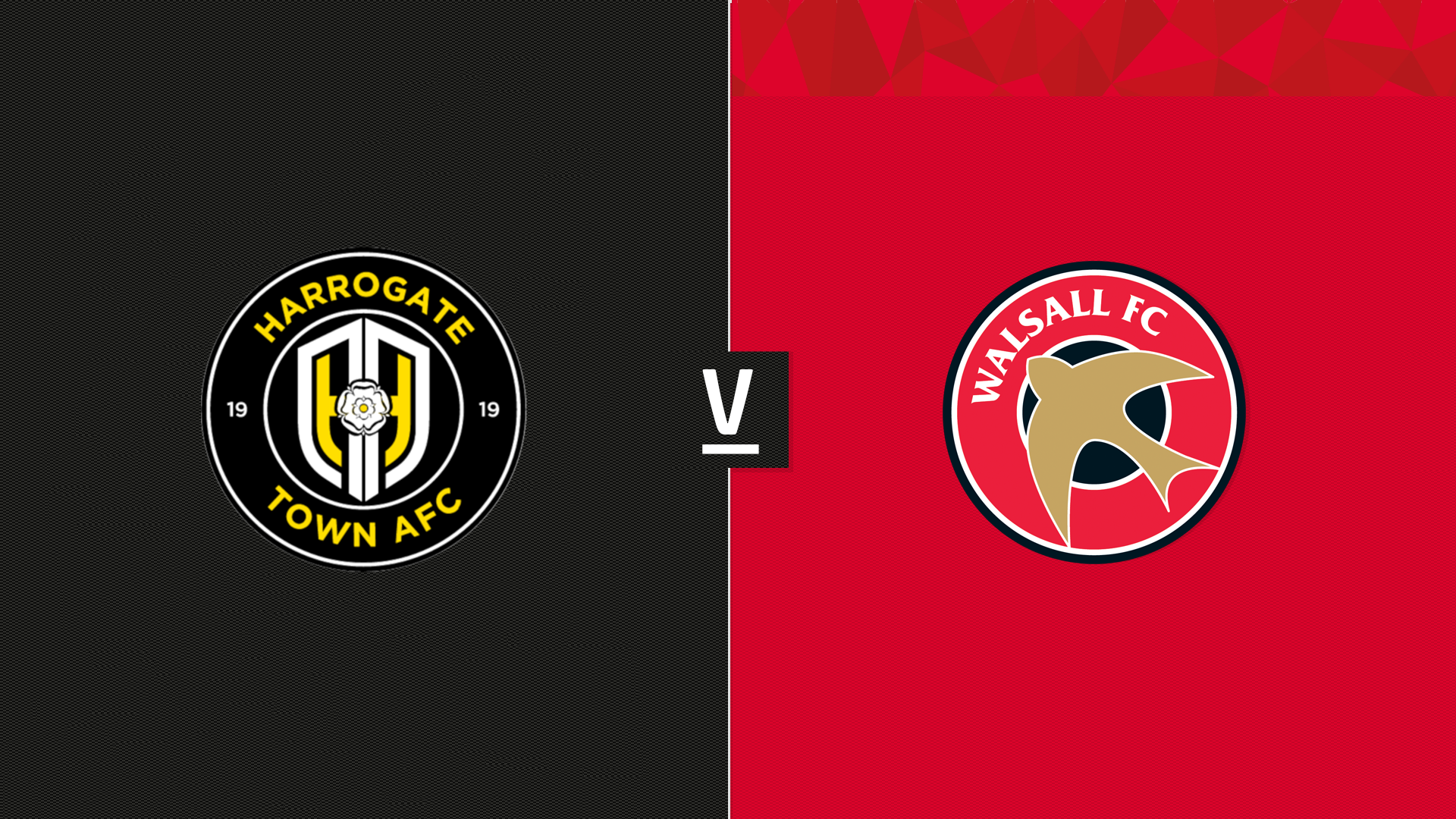 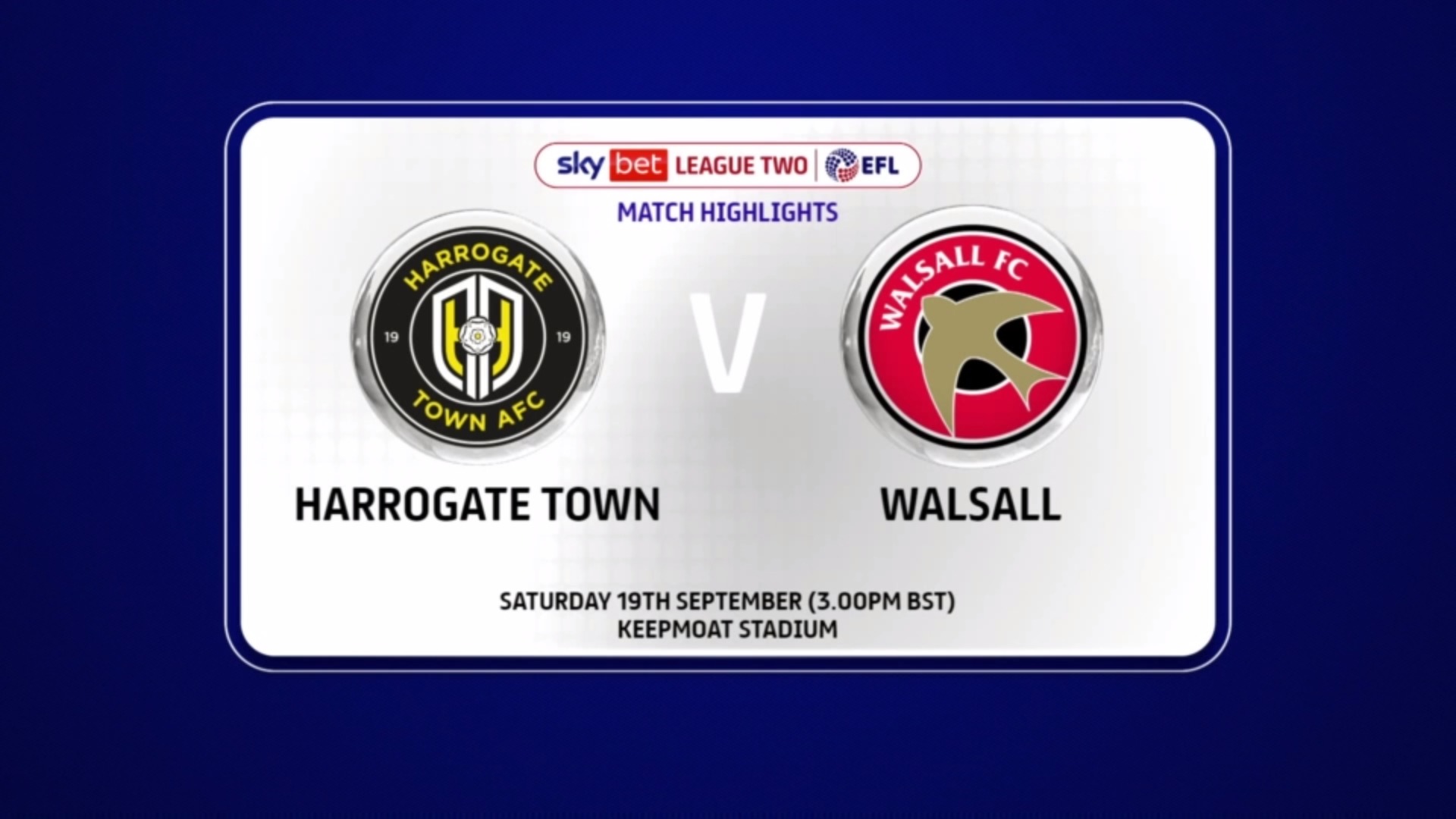 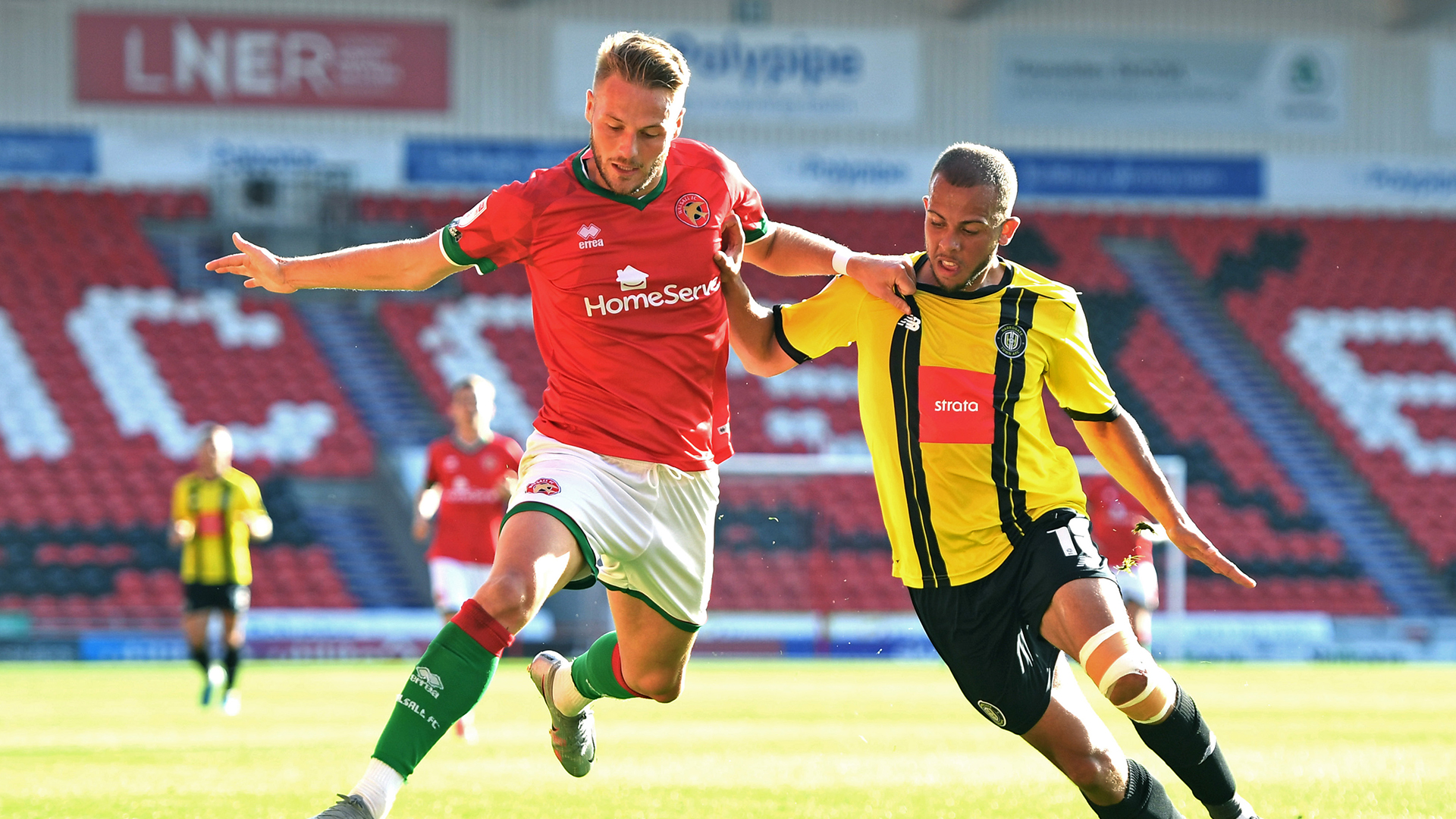